Home
Cars
The History and Evolution of the Ford Mustang

The Ford Mustang is the newest member of an exclusive automobile club – those vehicles which have been in continuous manufacturing for more than 50 years. During its initial 49 years, the Ford Mustang gained a global fan base with over 5 million fans on Facebook. This is the most of any vehicle nameplate to date. The combination of the automobile’s unique style with affordability and performance resulted in a new class or sports cars. Mustang has led the industry in the category from the moment it was created.

The original design was conceived from the Ford Falcon platform, a compact auto that was produced across three generations from 1960 to 1970. The 1962 Ford Mustang I was a conceptual two-seater car that evolved into the 1963 Mustang II four-seated. This second iteration of Mustang was used to market test public interest in the first unveiling of The Mustang car. The Mustang II conceptual automobile was created utilizing a small difference from The production model’s rear and front area such as a lowered roof by 2.7-inches. 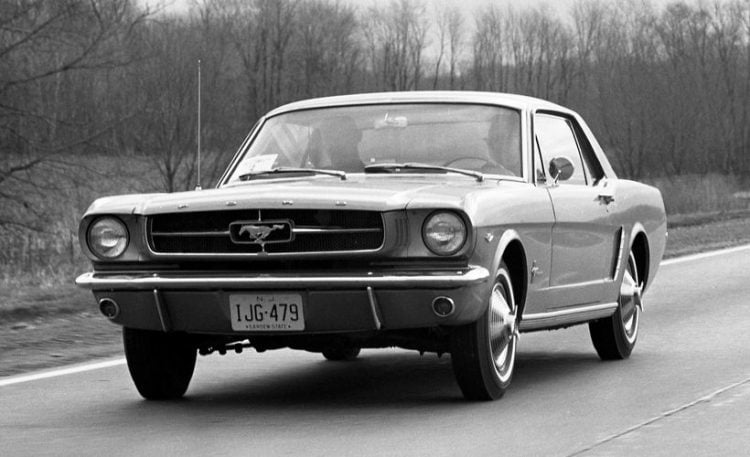 The first Ford Mustang launched in 1964 and was Ford’s most successful launch since the 1928 Ford Model A. Manufacturing began on March 9th, 1964 in Dearborn, Michigan and showcased to the public at The New York World’s Fair on April 17th, 1964. John Najjar, executive stylist at Ford, is credited as having suggested the name as a result of his love for The World War II P-51 (Mustang) fighter plane. He is also responsible for co-designing the first prototype of the Ford Mustang I in 1961 working with fellow stylist Philip T. Clark. Publicity articles appeared in 2,600 newspapers around the country as the day in which the automobile was “officially” revealed. It received further publicity in the James Bond Goldfinger film in September 1964.

Following Ford’s most successful launch in history, designers began mocking up larger versions of the vehicle for the 1967 model. From 1967 to 1973, the Mustang grew in size but was not necessarily more powerful. The exterior was given a facelift that made the automobile look more massive and allowed for big block engines to be dropped under The hood for the first time. Styling was more pronounced and the twin cover instrument panel provided larger gauges and a thicker crash pad. Models during this generation included The GT and Grande options. 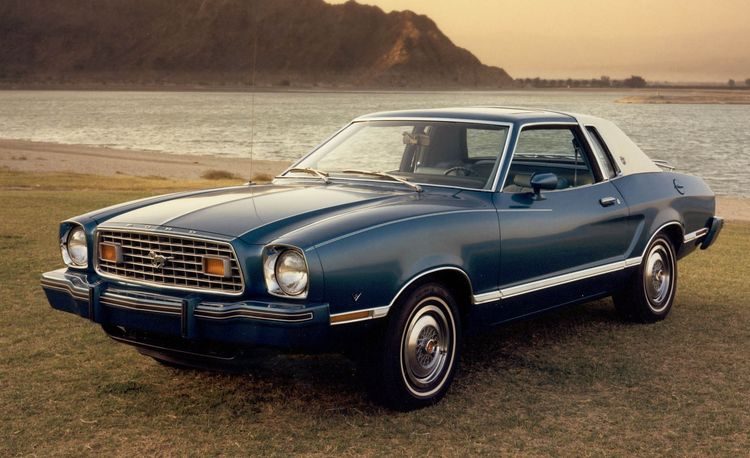 Lee Iacocca was one of the forces behind the initial Mustang launch and became president of the company in 1970. In 1974, he wanted his engineering team to launch a smaller, more fuel efficient model which was first inspired by the Ford Maverick but then changed to the Ford Pinto subcompact. Known as The Mustang II, tt was introduced only two months following the 1973 oil crisis which allowed its small size to compete against imports such as the Celica and Capri.

While this new launch was smaller, tt was actually heavier due to the additional equipment required to meet the new U.S. emission and safety regulations. This reduced performance causing tt to seem like much less of a muscle car in The consumer’s eyes. 1979 brought changes to the Mustang which were based on the Fox platform; a much longer car to accommodate additional passengers. Body styles of this vehicle included hatchback, convertible, coupe and notchback. There were a variety of trim levels available between 1979 and 1993. Also, there were two front end styles depending on the year. Between the years 1979 and 1986, the Mustang featured four headlights and a back front clip that was angled. Between the years 1987 and 1993, the front clip boasted the “aero” style which had a rounded shape with flush composite headlamps. During the early 1980’s the Mustang experienced slumping sales as a result of increasing fuel prices. Therefore, Ford decided to develop a new Mustang from the Mazda MX-6. Fans contacted Ford and objected to the change without a V8 option. This caused a massive facelift in 1987 of the existing Mustang. 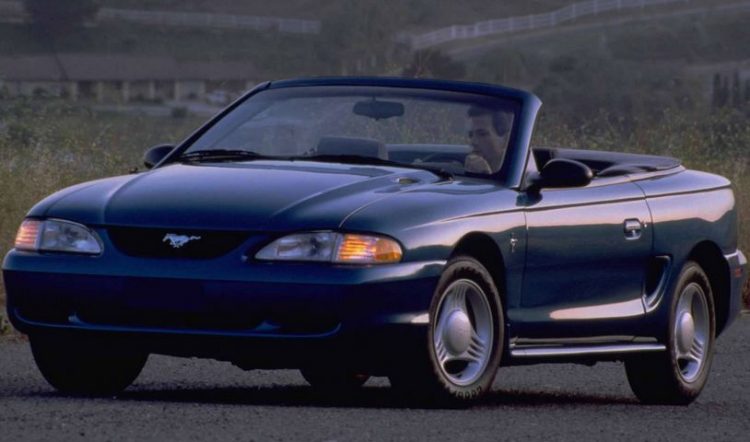 The fourth generation was a major redesign which debuted in November 1993. The vehicle was based on the rear-wheel drive Fox platform with new styling taken from previous models. The 1999 Mustang was re-skinned with the newly launched Edge styling theme to include larger wheel arches, sharper contours and creases within the body work. This generation was the first to be sold in Australia from 2001 to 2002 and compete against the Pontiac GTO. Since the Mustang had never been created for right-hand-driving, Ford Australia contacted Tickford Vehicle Engineering to convert 250 versions of the model to meet Australian Design Rules. In 2005, Ford introduced the redesigned Mustang at the 2004 North American International Auto Show. The fifth generation echoed the fast back models from the late 1960’s. The idea was dubbed by Ford’s Senior Vice President of Design, J. Mays, as retro-futurism. Between 2005 and 2010, the base model had a 210 HP cast-iron block 4.0 L V6 engine and The GT added an aluminum block with a 4.6 L V8 engine featuring variable camshaft timing. The 2010 version was released with a redesigned exterior such as sequential LED taillights and a reduced drag coefficient. The engine primarily remained unchanged but new dampers and spring rates, traction and control systems and wheel sizes were implemented. Unveiled on December 5th, 2016 in several locations in The United States, Spain, China and Australia, the sixth generation, codename S-550, Mustang showcased changes such as a widened and lowered body, new colors and a trapezoidal grill. Engines options included 2.3 L EcoBoost four-cylinder, 3.7 L 300 HP V6 and The 5.0 L Coyote 435HP V8 in automatic and manual transmissions. The 2015 version added an independent rear suspension system and was the first version created as a right-hand drive export model to be sold across the pond. Also in 2015, the Mustang earned a 5-star crash protection rating from The National Highway Traffic Safety Administration (NHTSA).