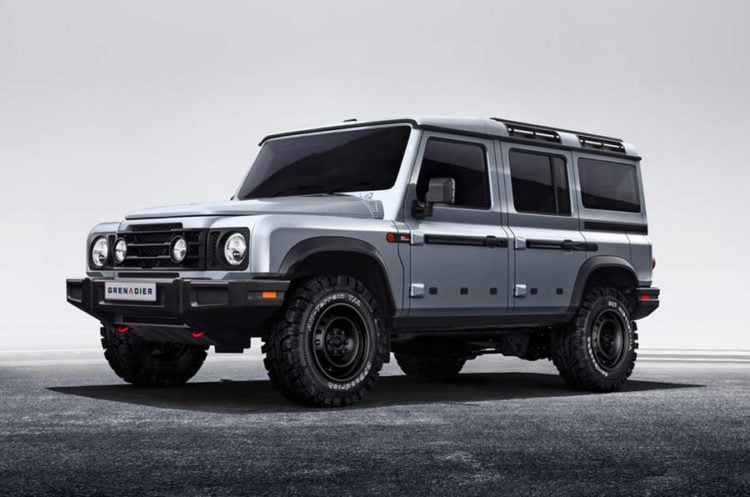 Serious off-roaders, explorers, agricultural workers and more require a vehicle that can withstand the pounding offered up by the environment in which they function. Enter the INEOS Grenadier.Built from the ground up, based on an idea conceived in an English Pub, the Grenadier is the shinning example of what sheer willpower can accomplish. The Grenadier is a compilation of dozens of top-of-the-line automotive manufacturers, all with their sights set on one goal: To craft the perfect, all-around utility vehicle. Notice that we stated “utility vehicle” and not SUV. That’s because it’s not an SUV. In fact, there’s not an SUV around that can hold a candle to the Grenadiers ability to bust through wicked terrain without so much as whipping up a sweat.

Just one look at the INEOS Grenadier, and you’ll notice how it immediately commands respect. The build is straightforward, and purposeful. Indeed, the Grenadier was brought into the world to serve a crucial function: To be the best all around tough, dependable and reliable utility vehicle on the market. This 4×4 is designed to carve through uncompromising terrain, and do it with as little effort as possible. No sissy’s here, just determination, pride and function. According to top designer Toby Ecuyer, “The Grenadier is built on purpose…Function over form. If it hasn’t got a function, it shouldn’t be part of the form”.

2. Production Models to Hit the Showroom in 2021 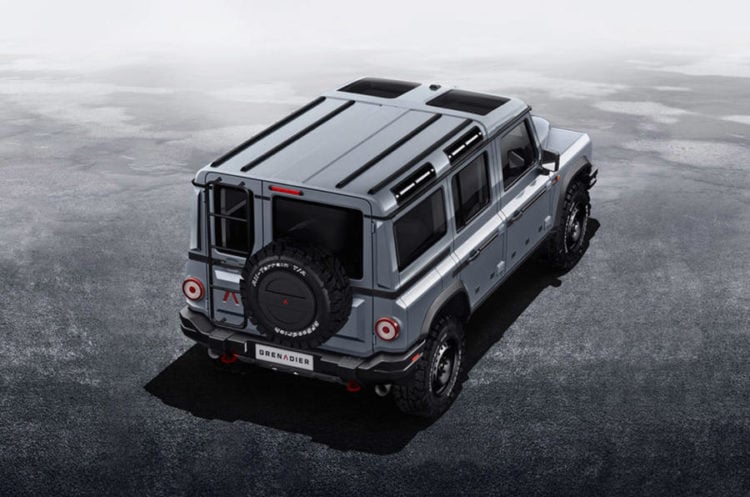 At the time of this writing, designers in Bridgend, South Wales are taking the Grenadier through its paces. Prototypes are being tested against stressful conditions, leaving no stone unturned. You want a tough mudder? Well, the Grenadier will be that machine. You want a durable, secure and stable ride for hitting the back country for some off-road adventures? Well, they’ve got you covered as well. The Grenadier is all about function overcoming environment. Prototype testing is going well, and INEOS expects production models to be available for purchase in 2021.

3. BMW is Called in to Handle the Engine Design

BMW is a leader in engineering in the automotive world, so it’s no wonder that the Grenadier design team would call on them for the engine design. While much of the tech is still in development, we do know that the engine will be designed to pass both Euro 6 and Euro 7 strict emissions regulations. You’ll also have the choice between the BMW B57 diesel or the B58 gas driven engine. Word has it that INEOS will also utilize BMW for their infotainment system, but details on that are still few and far between. Whether future Grenadier designs will go electric, is left to be seen. However, there is current discussion of the possibility of incorporating Hydrogen power cells in future models.

4. Engineering of the Grenadier is Handled by MBtech 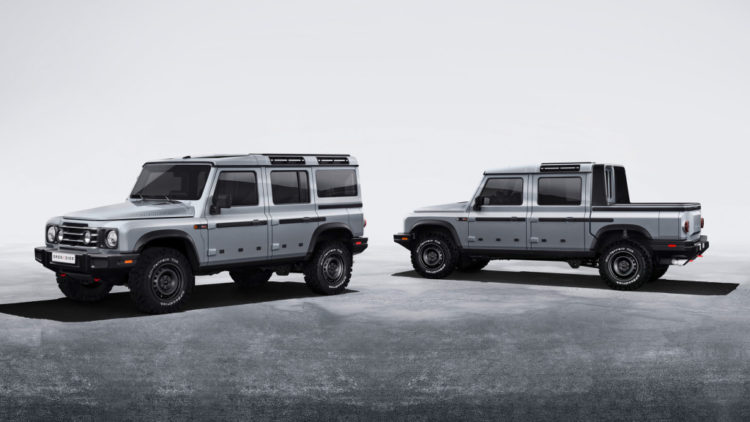 While INEOS partnered with BMW Corp. to handle the engine design, it went to MBtech for the overall engineering of the Grenadier. MBtech is a company which offers interested parties engineering solutions for their specific projects. According to reports, MBtech will offer up over 200 of their best engineers to tackle the design of the Grenadier. According to CEO Dirk Heilmann, “This deal will bring together German engineering and British design and entrepreneurship to create a truly formidable off roader.”

5. The Grenadier is Named After a London Pub

Sir Jim Ratcliffe is the man who conceived the idea of the Grenadier, and when he did it, he was sitting in one of his favorite spots: The Grenadier Pub in Belgravia, London. According to an article in Britain’s paper, The Sun, Ratcliffe was sad upon hearing that one of his favorite vehicles, the Land Rover Defender, was being discontinued. Reportedly, he and a few buddy’s were discussing the matter, when Sir Ratcliffe just stated, “do you know what, lads? Let’s build our own proper 4×4”. So, with that being said, the birth of the INEOS Grenadier had begun.

6. The INEOS Grenadier Comes with a “Utility Belt” 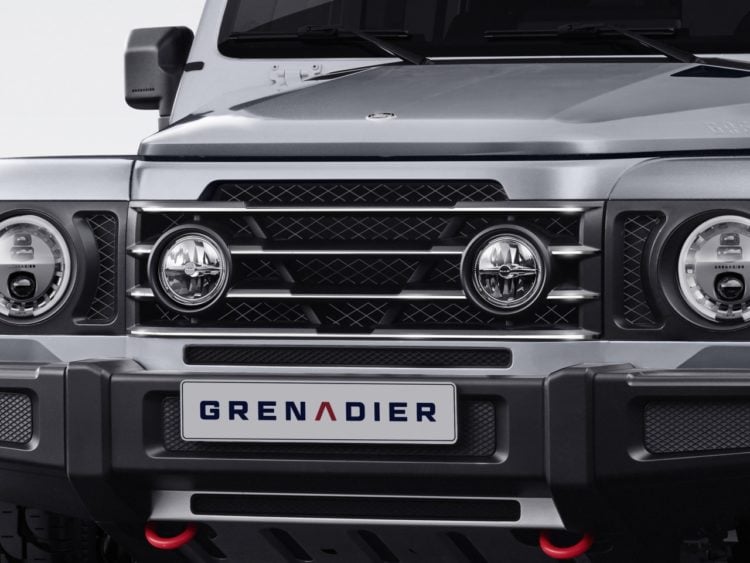 Now, we know what you’re thinking when we bring up “utility belt”, an image of that iconic character, Batman. While it’s true he basically made the concept of the utility belt famous, for the Grenadier, it’s an entirely different thing, yet not so different. if you take a look at an image of one of the Grenadier prototypes, you’ll see what looks like a black strips down each side. Those are the Grenadiers utility belt, or rails. Remember form follows function with the Grenadier, so those rails have a purpose, and it’s to attach your accessories to it.  Just what accessories? Well, we’ll have to wait and see when the Grenadier is officially launched to the public, in 2021.

7. Even the Hood Area has a Function

When INEOS says their design for the Grenadier is based on form following function, they aren’t kidding. Did you know that the hood has a wide, flat surface on either side? Take a look, and you’ll see. This is not just for aesthetics. The flat surfaces are to act as desks. So, if you’re doing some off-road exploration, and fancy a break with some tea and a map or a laptop, just use one of those flat surfaces. We find that an ingenious use of surface area. Indeed, with the Grenadier, nothing is wasted.

8. It has a State-of-the-Art Suspension System 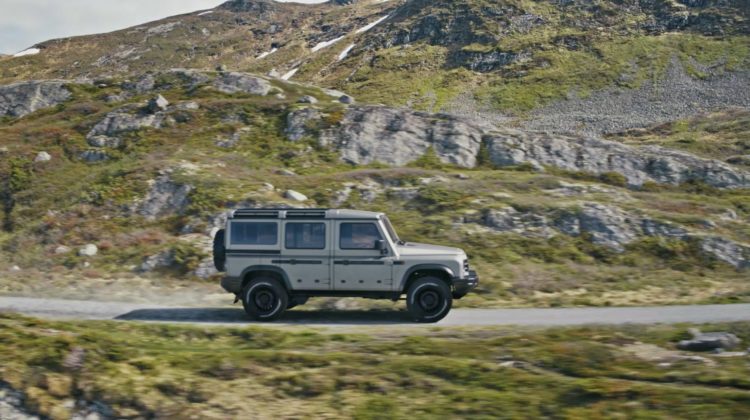 This is a vehicle designed to take on the world. That means its built to handle any terrain from any territory, be it Asia, Africa, South America, and so on. In order to do that, the suspension needs to be top-notch, and that’ s just what the Grenadier has done. The result is a multi-link suspension using coils manufactured by Elbach and reinforced dampers designed by automotive manufacturing giant, ZF.

The exterior of the Grenadier is impressive and commands respect. However, can it really handle what is asked of it, and can it really provide a secure and dependable ride? The answer to those questions, is a definite ‘yes’, and a good part of that is due to its box-section ladder frame. When it comes to the axles, beam axles were the chosen ones. Beam axles provide the ground clearance you need and load bearing capability necessary for a tough 4×4. 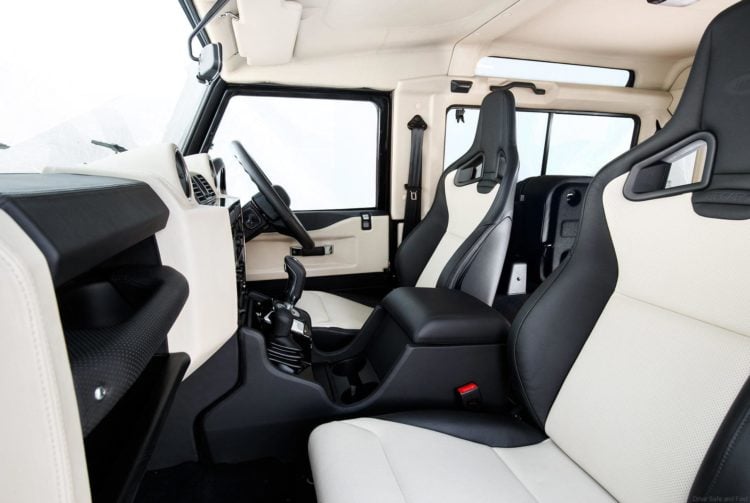 When the time came to tackle the front and rear axle design, it didn’t take long before the Grenadier designers decided on the “A” list company, Carraro to do the job. Carraro is legendary in the business, and designs axles for some of the toughest vehicles out there, such as tractors and construction equipment. Beam axles have a simple, basic design and are built to support heavy loads, which is why you find them used in everything from heavy duty trucks and farming equipment to family orientated SUVs and vans.

Who is the Richest Member of Congress?

The History and Story Behind the Vans Logo

Who is the Richest Kid YouTuber?

What is the Dividend Capture Strategy and How Does it Work?

The 20 Best Things To Do in Beijing For First Timers

The 10 Best Beaches in Istanbul

The 10 Best Places to Eat in Istanbul

The Buyer’s Guide To Getting A Used Lamborghini

What Is An Iced Out Rolex And How Do You Get One?

What Can You Learn From Your Rolex Serial Number?

What is a Batman Rolex?

How Patrick Stewart Achieved a Net Worth of $70 Million