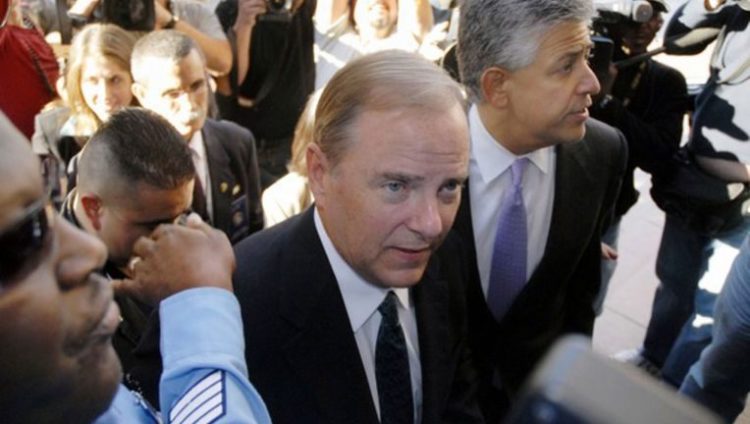 Jeffrey Skilling was the CEO of Enron. As a result, there are some people who might remember him because of the spectacular manner in which said corporation collapsed, which is why he winded up spending 14 years in federal prison. Recently, Skilling’s name has popped up in the news because he was released from federal custody in February of 2019. Here are 10 things that you may or may not have known about former Enron CEO Jeffrey Skilling:

1. Studied Engineering Before Switching Over to Business

In school, Skilling studied engineering for some time before making a fateful choice to switch over to business. In time, this resulted in him getting a MBA from Harvard Business School, where he was one of the best students in his class.

In 2000 and 2001, the state of California experienced an electricity crisis because of a shortage of electricity supply that caused multiple blackouts. Skilling is known to have joked about the crisis by saying that the difference between California and the Titanic was that the Titanic went down with its lights on. With that said, it can be argued that the state of California had the last laugh because it turned out that the electricity crisis was caused by Enron and other market manipulators, with the result that Enron was forced to settle.

Skilling was responsible for a very aggressive investment strategy on the part of Enron. Something that was fueled by his belief that the corporation didn’t need any assets.

In August of 2001, Skilling resigned from his position as the CEO of Enron. Soon afterwards, he was one of multiple Enron executives who sold numerous shares in the corporation, with the result that they managed to make huge sums of money before it filed for bankruptcy in December of 2001. Unsurprisingly, government regulators were rather suspicious about their excellent timing.

7. Known For a Bad Attitude

Skilling had something of a reputation for arrogance as well as a harsh attitude. As a result, it is perhaps unsurprising that when he was called to the witness stand, he winded up losing his temper. Something that didn’t help him with his case.

8. Will Never Be Able to Serve As Either a Director or an Officer of a Public Corporation Ever Again

One of Skilling’s punishments is that he will not be able to serve as either an officer or a member of the Board of Directors for a public corporation ever again. Other criminals in other cases have had time-limited barrings, but in his case, it is permanent.

9. Favorite Book Is The Selfish Gene

Skilling’s favorite book is The Selfish Gene, which is a Richard Dawkins book that pushed for a more gene-centered view of evolution rather than either an organism or a group-centered view of the same subject matter. Unsurprisingly, Dawkins was less than enthused about Skilling’s support, which might have contributed to his later regret that he didn’t name his book The Immortal Gene.

During his tenure at Enron, Skilling implemented a harsh performance review system in which 15 percent of the employees had to be graded at the lowest level, which came with a requirement for them to either find another job at Enron within two weeks or get fired. In this, he might have been inspired by the similar grading system at Harvard Business School while he was a student there.