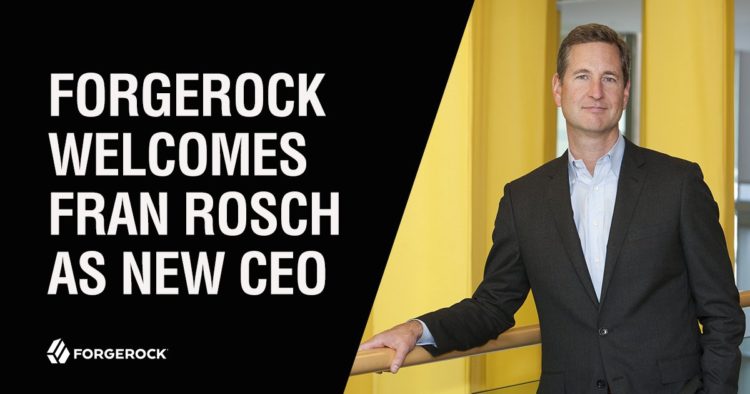 Have you ever heard of a company called ForgeRock? If you have, you might know a thing or two about its CEO, Fran Rosch. Otherwise, it may be time to learn more about who this CEO is and what he does. Below are 10 things about Fran Rosch that you may want to know.

He has stated himself that he enjoys keeping his privacy. Despite the fact that the details of most CEOs are openly placed on the internet, he very much prefers to keep himself and his family out of any type of spotlight. In fact, he has a tendency to actively work at keeping the details of his life private. He says that it’s largely because he was raised that way and he’s always been passionate about giving people an opportunity to live their lives in privacy without having to worry about other people’s prying. In fact, he’s so passionate about it that he has largely made it his career, hence the reason that he holds his current position as CEO of ForgeRock, a company that essentially exists to digitally protect the identity of individuals.

2. He believes that people do their best work when they are passionate about it

He’s quick to point out that when people are genuinely passionate about what they do, they’re far more likely to do a better job. He says that even the most dedicated individual isn’t capable of doing their best work when they are doing something that they’re simply not passionate about in the first place. As far as he’s concerned, it’s far better to find something that you genuinely love doing and then do your best with it as opposed to spending every day doing something that you don’t particularly enjoy. According to him, people that do work that they don’t enjoy never feel fulfilled and never have an opportunity to put forth their best effort on a consistent basis.

3. He has a unique ability to discern how things might look in the future

One of the things that he has always been quite good at doing is accurately predicting what the cybersecurity market is likely to look like in the future. This isn’t exactly easy, to say the least. Criminals have a habit of coming up with new ways to rob people of their money before the technology even exists to do anything about it. Nevertheless, he has become quite skilled at staying a step ahead. That is precisely why he is in such high demand.

4. He’s used to the pressure that comes with responsibility

He says that he’s quite accustomed to the pressure that naturally comes with having the responsibility of protecting tens of thousands of people. He is very much aware that an oversight on his part could mean that countless numbers of businesses are adversely impacted by cyber crime. That means that countless numbers of individuals will have their livelihoods affected. That would be too much pressure for a lot of people, but for him, it makes him thrive.

5. He used to work for his current company’s biggest competitor

He’s so good at what he does that he used to work for his current company’s biggest and only genuine competitor, Symantec. As a matter of fact, he headed up the cyber security department there and was responsible for over two billion dollars worth of accounts, not to mention taking care of more than 50,000 businesses. Needless to say, he knows how to do the job properly.

6. He’s good at both security and marketing

One of the things that he proved while at Symantec is that he’s quite skilled at both security and marketing, often marketing the company’s ability to protect businesses in new and innovative ways that have never been seen before. He has brought that same level of skill with him to ForgeRock.

7. He attended one of the nation’s most esteemed colleges

Oddly enough, he didn’t go to college for a degree in cybersecurity. Instead, he attended one of the best universities in the nation, Pennsylvania’s Lehigh University. There, he obtained his bachelor’s degree in Industrial Engineering.

8. He knows the only way to protect people is to stay ahead of the game

He realizes that when it comes to cybersecurity, it’s almost impossible to stay ahead of the criminals who are trying to steal from honest, hard working people. As such, he has come to understand that in order to be good at protecting others in the realm of cybersecurity, it is necessary to think ahead of the criminals. Only by thinking about what they are likely to do next is it possible to make adjustments so that they aren’t successful in the long run. It’s definitely a challenge, but one that he welcomes with open arms.

9. Speaking of challenges, he really enjoys them

While some people have a tendency to shy away from challenges, he does exactly the opposite. He says that he likes to be challenged because it forces him to come up with effective solutions to new problems. That is something that keeps life interesting for him. It also gives him an opportunity to know that he is doing something that helps others. He believes that everyone should do what they can to help their communities and this is how he protects his.

10. He’s become the go-to expert in a field that didn’t even exist 30 years ago

He says that it’s sometimes odd to think that his entire career is based on something that didn’t even exist a few decades ago. That said, he also knows that he is in a field that is currently changing and growing. He thoroughly enjoys being a part of it and helping shape it in whatever ways he can.