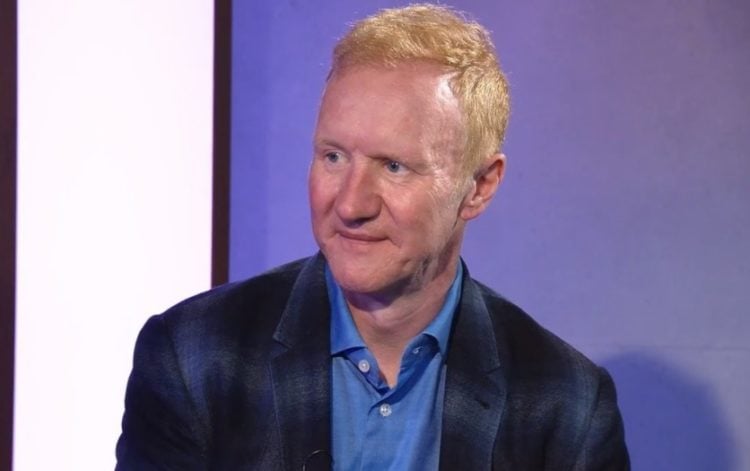 Thought Machine recently joined the unicorn club when it raised $200 million in its Series C fundraising round. The British fintech startup is focused on helping banks move away from traditional banking to a cloud-based platform. Thought Machine is the brainchild of Paul Taylor, who serves as its CEO. He said the company’s mission is big thus demands substantial investments to facilitate goal achievement. Although his company is making tens of millions of pounds in annual revenue, it is yet to become profitable. As Taylor works on attaining his goals, you can learn more about him from the facts below.

1. His Mantra When Faced with a New Problem

When Taylor founded Thought machine, his goal was to revolutionize core banking services by building a modern system that facilitates continuous innovation. Therefore, he told Yahoo! Finance that whenever he is faced with a new challenge, he always asks himself what Monzo would do in a similar situation. Monzo has set itself apart in the banking industry, and traditional banks can barely keep up with it. It is Taylor’s wish to be more like Monzo; thus, having such a mantra pushes Thought Machine in the right direction.

2. He Quickly Adapted to Terrorism in Belfast

Taylor recalls that as a child, he loved his parent’s beautiful home, which they afforded after Northern Ireland experienced an economic depression. The CEO told Alejandro Cremades that having such a nice house was unimaginable in London since it even had a front yard and backyard. Despite the terrorism associated with Belfast in the 1970s, Taylor’s quality of life during his childhood was great.

The Thought Machine CEO confessed that even though he was good at school, it took a long time to realize his academic abilities. Therefore, his focus was on joining a band as soon as he graduated. When he was inspired to become a scientist, he put his guitar aside to focus on science. Had he pursued music professionally, he probably would have still excelled in business. According to Fast Company, learning how to play a musical instrument teaches one self-discipline, good listening skills, perseverance, and improvisation; all these are needed to establish a successful business.

4. What Inspired Him To Be a Scientist?

Sometimes, fate conspires to push you towards your destiny. If Taylor had not attended Methodist College Belfast and their physics teacher had not invited Earnest Walton, Taylor would probably have joined a band. When his physics teacher invited Walton to the school as a guest speaker, the CEO was blown away by all that talk about atoms. Taylor had always been good at math, history, and physics but hearing Walton talk about how he split an atom and won a Nobel Prize for physics inspired the entrepreneur to pursue science.

5. Believes He is Among the Worst Linguists Worldwide

Taylor has a Ph.D. in Linguistics, but this academic achievement does not warrant him to be regarded as an expert linguist, at least in his opinion. He said that although he was in the Department of Linguistics at the University of Edinburg and studied at the Center for Speech Technology Research, the CEO downplays his linguistic expertise.

6. He is a Serial Entrepreneur

According to an interview with Medium, Taylor co-founded two other companies before Thought Machine. He disclosed that he had founded Rhetoric Systems in 2004 and served as the Chief Technology Officer (CTO) until Nuance acquired it. The CEO then co-founded Phonetic Arts in 2006. In 2010, Taylor led the negotiation for the acquisition by Google. He also joined Google to assist in the launching of their text-to-speech algorithms. The serial entrepreneur revealed he got an itch to start another company after being with Google for three years; hence, Thought Machine was born in 2014.

7. At 32, He Thought He Was Too Old to Be an Entrepreneur

Motivational speakers always advise their listeners that it is never too old to pursue your dreams. However, Taylor did not believe in such advice and thought at 32, he was already too old to start his own business. Besides, he had no idea of how to go about it. Somehow after listening to Professor Peter DeNure, Taylor could not get rid of the itch to found his own company. DeNure was very patient with the prospective entrepreneur and taught Taylor all he needed to know about building a company.

8. By The Time Google Acquired His Company, He Was Broke

When David Parker approached Taylor about acquiring Phonetic Arts, he said the negotiation would take eight weeks at most. Unfortunately, the process took 20 weeks. By then, the CEO disclosed that their funds had dried up. The offer had been made in early August 2010, and by September, the company was broke. Thus, Taylor could not afford salaries for October and November. He had even taken up a loan and an overdraft to keep going before Google finally acquired Phonetic Arts. The situation was so bad that all he could afford was a one-way ticket to London to sign the papers.

9. He Thought He Was the Worst Software Engineer at Google

Taylor believed he was adept at writing code, but joining Google humbled him. By the end of the first week, the CEO thought they would fire him because he could hardly measure up to the rest. He explained that employees wrote code perfectly; they also documented, tested, and continually deployed everything. For the CEO, working at Google was an in-depth learning experience. He confessed that he learned more from Google than he ever did from his first two companies.

10. Why He Quit Working for Google

Some say that a salary is the bribe people will pay you to help them build their empires, and Taylor believed this. He wondered why he was helping Larry Page make his millions, yet he could be working on establishing his own business. Therefore, he founded Thought Machine in May 2014.