Home
Personal Finance
Stocks
Should You Consider Gaming REITs for Your Portfolio?
Prev Article Next Article 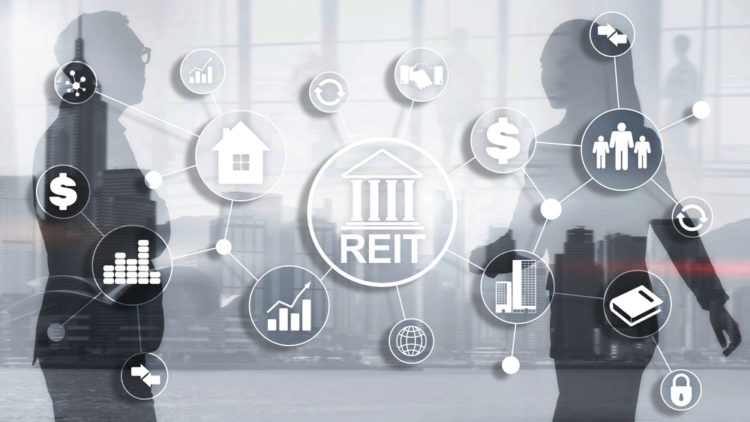 There are many reasons why investing in REITs are highly recommended. For one, they’re an excellent way to diversify your portfolio. Also, REITs have been proven to withstand the highs and lows of the market. Gaming REITs are a fairly new niche. As defined in this article, “gaming REITs own and manage property leased to gaming operators.” They own casinos and various other hotel and retail assets, lease them to operators, and making profit in turn.

What are gaming REITs?

There’s something fresh about the idea of gaming REITs. The niche itself is an exciting market, but there’s a jovial sense of thrill with this kind of investing simply because of how new the opportunity is. Not even a decade old, one of the first gaming REITs formed only in 2013. With such a new venture comes the real opportunity for profit, especially since not a lot of people know what to do with gaming REITs. In some ways, there are still no standards on how they are to be valued, and many believe that they’re valuated lower than what they should be.

This doesn’t mean that you should dive into investing off the bat. Even though you wouldn’t really have to travel to Vegas to curate a proper gaming REIT investment for yourself, you should still take the time to study the market to understand the casino niche—which is obviously complicated and involved in the most complicated sense of the word. The first thing you need to understand is this: when you invest in REITs, you’re not going to profit off of the casinos. In a way, gaming REITs work like net lease REITs in that you set out to profit from long-term leases, high quality hotel tenancy, and proximate retail spaces. To learn more about this investment opportunity, let’s look at the 3 main gaming REITs that exist today.

GLPI was the first gaming-focused REIT ever formed. Because it was created as a real estate asset spinoff for Penn Gaming, one of the gaming industry’s biggest operators, GLPI stands to profit from all of Penn Gaming’s former real estate property assets. GLPI has a massive portfolio, which makes it an extremely attractive venture for those that are just getting their feet wet in gaming REITs. With 46 gaming and related facilities scattered throughout 16 states, GLPI will give its investors a chance to profit from tenants like Penn National Gaming, Boyd Gaming, and El Dorado Resorts. Because of the geographical diversity offered by GLPI assets, the cash flow has proven to be dramatically stable and predictable. Supported by its financial performance since its formation, GLPI is only forecast to grow in the years to come.

MGM is a well-known and established organization in the gaming industry, and the company jumped into the REIT game by creating its MGP spinoff in 2016. This move netted the company a sum of $1 billion by spinning off a total of 11 properties to their new REIT. The portfolio profits from the 11 properties, which are all entertainment and retail spaces. They include resorts, a park, dining establishments, and an entertainment complex. It may not sound like much, but the MGP owned 27,541 hotel rooms, hundreds of retail stores, food outlets, over 2.7 million square feet of convention space, and over 20 entertainment venues. That’s what you’d stand to profit from if you invest in the MGP REIT.

MGM Resorts alone leads the Las Vegas industry when it comes to diversification, which only strengthens investments. As it stands, the MGP has an impressive dividend growth record, which is 25.2% of dividend growth. Contractual rent units largely drive the growth, which makes up about 5.8% of MGP’s AFFO.

Competing against two giants is the third main gaming REIT: VICI Properties. Some might regard VICI as the underdog in the fight, but VICI uses that image to their advantage. The company has gaming and relative properties at the moment—22 gaming facilities, 15,000 hotel rooms, and over 150 dining and bar establishments. While that number may seem low in comparison to the other 2 giants mentioned before, VICI has other plans for its REIT. VICI plans to diversify its assets to include sports venues, movie theaters, amusement parks, and various other places where people go for entertainment. While that notion might’ve seemed ideal even just a year ago, things have radically changed today. Still, VICI’s unique industry-leading governance structure might be its saving grace. Gaming REITs traditional self-governance model is scary to many investors, but VICI vows to change that model. It’s safer for investors and easier to trust overall. It’s important to note here that VICI was born much like the way the other 2 gaming REITs were: as a spinoff of a gaming organization. VICI, in this case, was a spinoff of Ceasars Entertainment back in 2017. It’s also important to know that Caesars was undergoing a bankruptcy when the REIT was created.

Should you consider gaming REITs for your portfolio? There’s no doubt that you absolutely should. The question now is where you should invest. Each of the three main gaming REITs has its own strengths and weaknesses, but that remains for you to balance out to see which one works for you best. Gaming REITs are currently undergoing a re-rating process, so you can imagine that their low valuations might change soon enough. More and more investors are looking at various REITs to diversify, and gaming will always be a solid prospect. Gaming REITs are a steadily growing niche that is bound to speed away soon. Make sure you don’t miss the train.