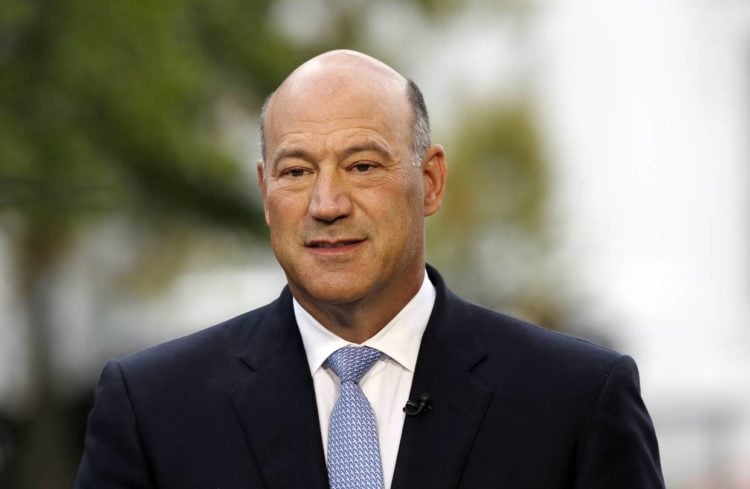 Gary Cohn is an American investment banker and economist who served in the Trump administration as the chief economic advisor to the President. He served just one year from 2017 to 2018. He has an impressive professional record in the finance industry. Mr. Cohn has led a very interesting life, and there are many who wonder what happened to him since leaving the White House. We checked into his activities including his past and made some interesting discoveries. Here are 20 things you probably didn’t know about Gary Cohn.

Gary was born in August of 1960. This makes him 59 years old as of August of 2019. His mother is Ellen Cohn and his father is Victor Cohn. His family is of Eastern European Jewish descent. He grew up in Shaker Heights, Ohio. His father was an electrician by trade, but he later changed his career to become a real estate developer.

2. Cohn had difficulty in school

During the early years of his education, Gary Cohn experienced some difficulties with his schooling. By the time that he had entered the sixth grade, he had already been enrolled in four different schools. This was likely due to a diagnosis of Dyslexia when he was very young. Although this is considered to be a learning disability, it didn’t prevent him from becoming a brilliant economist and making an amazing career for himself.

Gary enrolled in the Gilmour Academy where he completed his primary education. After graduation, he attended the Kogod School of Business at American University. He started in the Fall of 1979 and concluded his studies when he graduated in May of 1982. He earned a Bachelor of Science in Business Administration. While at the Business School, he majored in Real Estate, Finance, and Urban Development, to give himself a well-rounded education in preparation for his professional career in business.

4. His first job was not in finance

The first job that Gary Cohn had was at U.S. Steel, working in their Cleveland, Ohio home products division. He only stayed at that job for a few months, before he had the opportunity to go into the field that he was educated for. His next job was at the New York Mercantile Exchange as an options dealer. When it came to the position, he had to teach himself the basics just prior to meeting with the hiring committee. He read everything he could get his hands on in preparation and within just a few short days, he was well-prepared and was given the job. This tells us that he’s self-directed, motivated and a fast learner.

5. He worked for Goldman Sachs

While still an options dealer at the New York Mercantile Exchange, Goldman Sachs recruited him to come and work for them. The accepted the position and joined them in 1990. Within just six years, he rose to the position as head of the company’s commodities department. By 2002, he was appointed to the more responsible position as the head of Fixed Income, Currency, and Commodities also known as the FICC division. The following year he was appointed co-head of Equities, and the year after, co-head of the global securities business. By June of 2006, he was named the co-Chief Operating Officer, director, and President.

6. He made millions at Goldman Sachs

We also learned that while Gary Cohn was working for Goldman Sachs, he brought in a very high salary. In 2014 he earned $22 million with the company. The following year his salary was $21 million, and it was not long before he left his position with Goldman Sachs, but his severance package was an astronomical $285 million, but it was delivered to him, for the most part, in the form of stock.

7. He left Goldman Sachs for the White House and a big cut in pay

Gary Cohn left his job at Goldman Sachs to serve the Trump administration. At this time, he accepted a salary from the Federal government of $30,000 per year for his services to the President. Not only was this much less than he was making at Goldman Sachs, but it was also far less than what other high ranking officials in the administration were paid.

8. He owned stock in the world’s largest bank

The Industrial and Commercial Bank of China was the largest bank in the world in 2017. Cohn had acquired a stake in the bank, but he decided that it was time to sell his investments with the bank, and when he did, he was compensated in the amount of $16 million. This would give him plenty to live on while serving for the Trump administration with a nominal salary that most likely was more like pocket change to the multi-millionaire.

9. He didn’t get along with Steve Bannon’s group

We also learned that during his time at the White House, Gary Cohn was at odds with Steve Bannon’s populist faction. This was during the time when Bannon served as the White House Chief Strategist. He was also heckled a bit by members of the administration who gave him nicknames which included “Carbon Tax Cohn” and “Globalist Gary.”

10. He resigned from his job at the White House

Cohn ws not fired from his post, but he did give notice of his intention to resign. The reason for his resignation is that he disagreed with the President’s decision to impose an import tariff on aluminum and steel. Gary Cohn tried to talk the President out of taking this action, but the two just had to agree to disagree on the matter. This resulted in Gary’s resigning and his replacement was Larry Kudlow.

11. Cohn served on some weighty boards

Gary Cohn is an important businessman and there are quite a few prestigious companies out there who strongly value his opinions and advice. He has served on a variety of different boards. He was a member of the Board of Directors of the New York Mercantile Exchange, as well as a Director for the London Metals Exchange, and he was also a member of the Board of Directors and Executive Committee of the Commodity Exchange. Cohn had a great deal of experience with this type of business and his expert advice was highly valued.

Gary Cohn resides in New York, where he lives with his wife and their three daughters. He’s a busy man but he still makes time for his family. He’s one of those amazing individuals who can tend to several different things and keep them all straight. He has a proven track record of success in business, and we’re sure that he appreciates spending time with his family when his long day is over.

13. Gary Cohn is a philanthropist

We also discovered that Gary Cohn is generous with his financial support as well as with his time. He is an active philanthropist in New York, and he shares his vast knowledge base with entrepreneurs and companies in the technology industry. He helps them to understand the economic and financial environment. He helps out with information and with financial support.

14. He allegedly lied to get the Goldman Sachs job

It was a bit surprising to learn that Cohn admitted in an interview that he told a few lies to get his foot in the door on Wall Street. He shared that he jumped into a cab with a man that he knew was one of Wall Street’s major players. Cohn admitted that during the trip to the airport, he told the man a bunch of lies and when he was asked if he knew what an option was, he pretended to know everything about them and offered to do anything if given the job. This was when he decided that he’d better learn everything he cold about options, and when the recruitment call from Goldman Sachs came, he was fully prepared for an interview.

Gary Cohn made tens of millions of dollars annually while he was employed at Goldman Sachs. When you’re making over $20 million per year, it’s hard not to put some of it into assets. Cohn made a lot of money but he also invested in several different hedge fund and private equity holdings. He knew what he was doing when it came to investments so he made a profit on these as well. He owns stock in some large companies including Kraft Heinz, and Bak of America, just to name a few. He has also invested in a Manhattan parking garage, the Violet Grey company which is a beauty e-commerce site, he made some real estate investments as well as investments in other private companies. His net worth or assets are estimated to be around $611 million.

16. He took exception to racial comments made by the President

Gary Cohn was not happy with the comments that President Trump made after the events unfolded in Charlottesville. After Trump said that there were “very fine people” on each side of the confrontation, Cohn was so disturbed that he considered resigning his post. Cohn is Jewish and he was offended by the situation that took place in Virginia between the white nationalists and the people who protested this. He made the decision that he would remain at his post in the White House because of his patriotism and his perceived duty to serve the people of this nation.

17. He donated a large sum to the democrats

Cohn is a registered democrat, and as such, he supported Hilary Clinton in her bid for the presidency when she was on the campaign trail. He made a sizable donation to the democratic party. The known amount of his donation was $275, 000. One thing that we found very interesting was the fact that he also made a donation of $250,000 to the Republican party. This shows that he’s fair-minded and makes an attempt to be non-partisan in the things that matter.

18. He didn’t get ahead by being a sweetheart

One thing that you can’t accuse Gary Cohn of is being too conciliatory. Bloomberg did a profile of Cohn and their description includes the phrase “extremely abrasive.” He has a large stature which in itself can be a bit intimidating, but Gary knows how to leverage his body posture and use body language to give off vibes that he’s one tough cookie. Others have shared that Cohn is also very arrogant, and for some, that’s a big problem, particularly when you’re working in the business of trading.

19. His White House appointment was a surprise

Many people were totally surprised that Donald Trump appointed Gary Cohn to the position at the White House. Cohn was the third former Goldman Sachs employee to come to work for the administration, but there seems to be somewhat of a conflict. Trump shared a distaste for the Goldman Sachs employees because their tendency was to support his rival, Hilary Clinton.

20. He had to move back home after college

When Gary Cohn first graduated from college, he didn’t have a job lined up for himself. There was no way that he could support himself. In order to keep body and soul together, he moved back to his parents’ home in Ohio and lived there until he was able to secure employment and make a working living. He only took the job at U.S. Steel because it was recommended by his father. He ended up selling home products while he was employed with them, but he didn’t have to stay there long, because once he landed a position in the financial sector, he was on his way to becoming wildly successful at most things he tried.

When I opened the doors of my own business catering to…

For decades, men have been getting in the boxing ring and… 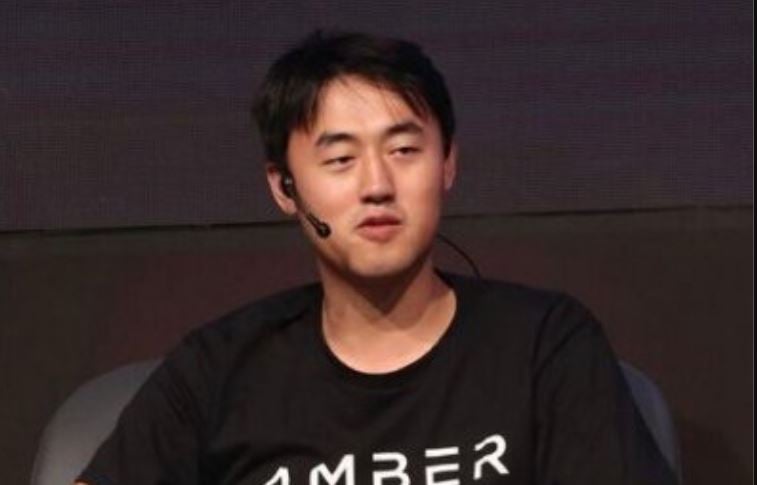 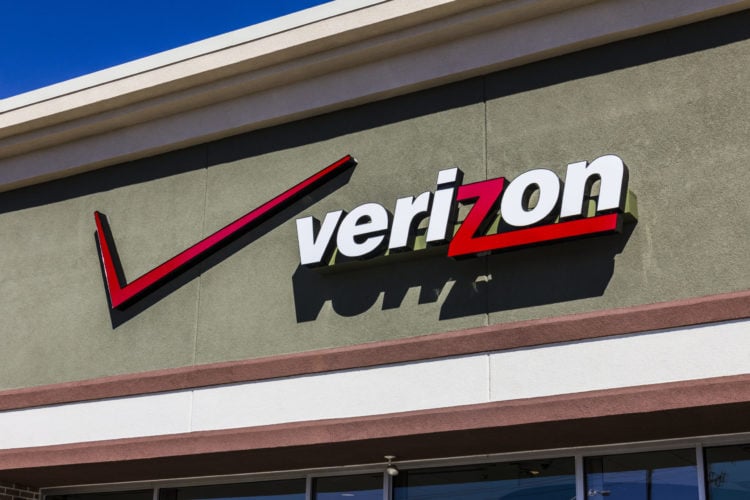 Verizon is one of the largest telecommunication companies, both in the…

Ilir Sela is the founding CEO of Slice, a tech platform… 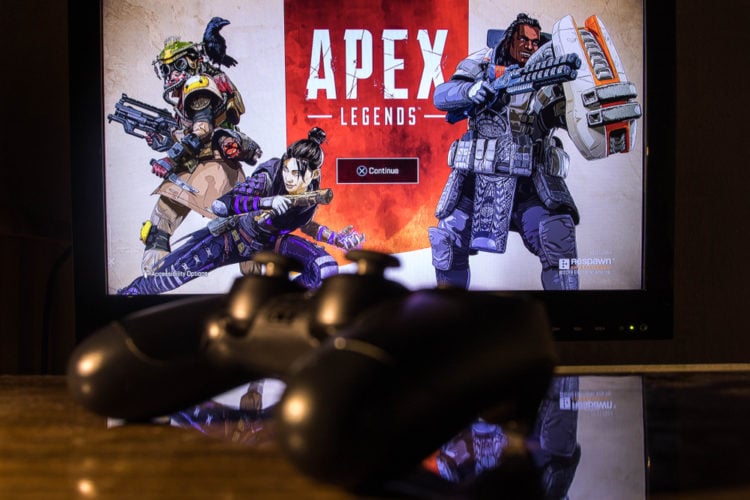