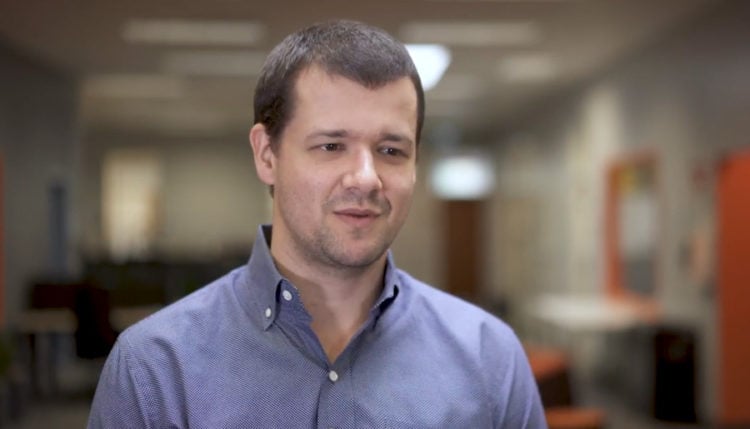 Gene Berdichevsky is the co-founder and CEO of Sila Nanotechnologies. He is an engineer by profession who brings a keen understanding of mechanical engineering and entrepreneurship to the table. We’re highlighting this interesting executive because of his knowledge and proven track record as a progressive leader and keynote speaker who is happy to share his knowledge and advice with others in the technology and business industry. Here are 10 things that you didn’t know about Gene Berdichevsky that may be helpful if you’re considering a business venture of your own.

1. He has an Ivy-league education

Berdichevsky proved himself in the academic arena. He secured admission to one of the most highly esteemed institutions of higher education in the country. He was accepted to Stanford University in the undergraduate engineering program, where he completed the requirements and graduated with his bachelor’s of science degree in mechanical engineering. he continued forward at Stanford to complete his master’s of science degree in engineering with a focus on materials and energy to create a solid foundation for his career endeavors.

2. He is an academic and an author

Most college students are required to complete copious amounts of research for papers in their coursework. Gene Berdichevsky is a name that you are likely to see if you are conducting research in the field of engineering. He co-authored 4 academic publications which make him an expert in the area as these works must conform to strict guidelines through a peer-review process. He is an academic as well as an expert writer on nuances of engineering topics in the academe.

Gene Berdichevsky is also a brilliant inventor. He has amassed a collection of 42 patents. Although they were through a joint effort, he is still credited with ownership of them. This is an amazing feat for any inventor to achieve, and due to the stringent regulations involved with being approved for a patent, his work had to be original.

4. He is a distinguished fellow

Gene has been recognized for his significant accomplishments in the field of Technology by multiple reviewing agencies and organizations. He was mentioned on the MIT Technology Review and included on the prestigious 35 under 35 lists of accomplished professionals. He was named to the Forbes 30 under 30 list, and he was named as a recipient of the distinguished Paul and Daisy Soros Fellowship for New Americans.

5. He worked for Tesla

Before he founded his own company, Mr. Berdichevsky was employed at Tesla Motors. he wasn’t an ordinary worker there. Gene was the seventh employee to be hired at the company. During his time there, he worked on teh development of the Roadster battery as the Principal Engineer. Upon completion of the project, he earned credit for aiding in the creation of the first mass-produced, safe, automotive lithium-ion battery system in the world. He served as the lead engineer on the project. At the time that Gene joined Tesla, the company was still a new startup and it was still in its early stages of development.

In addition to receiving his academic degrees, Gene sought another kind of training. He was destined to become the owner of a company and he spent time preparing for it. He joined the team at Sutter Hill Ventures in 2010. He served as an entrepreneur in residence for a period of time. This helped him to prepare for developing a new startup company.

Berdichevsky has a lot of experience and knowledge to his credit. When it comes to business he has a natural aptitude for making good decisions. Due to his solid reputation and his proven track record of successes in business he was invited to join Ghost Locomotion as a member of the company’s board of directors. He has shown that his ideas are solid and although he is one of the younger members of the team, his opinions are highly valued.

8. He had interesting hobbies in college

While Gene was pursuing his degree at Stanford University, he joined a very special student team. For a two year period of time, he raced a solar car. The vehicle was equipped for a maximum capacity of two persons. He can also say that he drove a race car in his college days, but it was a part of his coursework while he was at the school called the Stanford Solar Car Project. The vehicle was designed by students and it completed a race of 2,300 miles.

9. He is a native of Ukraine

Gene was born in the city of Sevastopol, Ukraine. He spent his very young years as a child in that country. He moved with his mother and father to the United States of America, at the age of 9. The family settled in Richmond, Virginia. Both of Gene’s parents became naturalized citizens of the U.S. and Gene did too, so he is technically a citizen of the United States and he is also an immigrant.

10. He is one of the great innovators of our time

Gene spent the majority of his life as a naturalized citizen of the United States. He took his natural aptitudes for the academe and for engineering and used it in a positive way to create one of the most innovative automotive power sources of our age. He is currently just 34 years old and he has already started his own very successful company, he has 42 patents to his credit and he has 4 academic works published. He is just getting started in his life and in his career. While still in his prime, he is an executive leader in the business world, but we believe that this is just the beginning for Gene. He has a lifetime ahead of him and we’re looking forward to hearing about new inventions and innovations in the years to come.