Of all the yachts sailing, perhaps one of the most elegant is Giorgio Armani’s Yacht “Main.” The sleek deep green (bordering on black) vessel is, after all, owned by fashion designer Giorgio Armani. The iconic Main is a study in decadence and grandeur. If you’re going to have a sixty million dollar home on the water and run a fashion empire, it’s vital to adorn it in the most excellent and tasteful decor, which is exactly what Armani did. We can only imagine what it would be like to spend our time out at sea in a ship like Main.

Italian Yachtmaking at its Finest

The outstanding Codecasa went all out in creating this one of a kind ship for Armani. It was conceived and built in their Viareggio, Italy shipyard. They worked closely with Georgio himself who proudly had a hand in designing every aspect of the Main over the course of the thirty-month build. The whole interior is based on the concept of balance and harmony in a minimalist style. It succeeds beautifully, but we’d never expect less from Armani. After all, he is one of the tastemakers of the world, paving the future of beauty. On the outside, even the color of the Main is made to blend in with its surroundings. The dark green was specially chosen to camouflage her at sea. Armani himself has noted that the ocean is rarely the idyllic Carribean blue we think of for pictures, and his ship is at one with her backdrop. The aesthetic is both attractive and highly functional, affording the designer the peace and tranquility he can’t have in daily city life.

While there’s no doubt about Codecasa’s experience and skill at making superyachts, Georgio Armani did have a couple of requests they found slightly challenging. It might not seem like curtains are a big deal in the grand scheme of designing the interior of a yacht, but making windows with louvered blinds that line-up Smoothly to give a perfect panoramic view is harder then it sounds. The second request was harder still. Armani wanted one of the decks to slide outward where the Saloon is located to give a larger space. Naturally, they rose to the challenge. As any millionaire fashion mogul can tell you, sometimes it’s all about the fine details. This is never truer than when you’re creating a minimalist appearance. A space that isn’t visually cluttered draws the eye to its smooth lines, color choices, and pleasing shapes. The decking and wood details are all attractively laid out to give the most space without taking your focus off whatever the host and designer have in mind. It’s truly an ingenious way to work, stage a fashion show, or even have a quiet meal with friends.

As yacht fans, we love to know the details about every superyacht. After a little digging around we found some great stats to peruse, for those who are dreaming of owning a yacht someday and those who simply need some design inspiration for their next superyacht alike.

The Main houses fourteen crew members to keep her running smoothly. In addition to his master suite, there are six stunning cabins for guests, and it can accommodate up to twelve people in luxuriant style. Most of the interior mirrors the green on the outside, paired with pale birch and metal grey ceilings to carry the same essential mood as you go from one end to the other. However, each of the guest cabins has its own singular style with rich fabrics and color story for the discerning guests’ comfort and pleasure. A spiral staircase shows off the classic handsomeness of pale wood and timeless design as well as any part of the pleasing-to-the-eye space. Something about the natural flow of the wood and contrasting walls is especially lovely without even trying.

The Veranda is the perfect place to catch some sun or gather around to watch the sunset. It’s outfitted for both informal and formal dining, and Armani’s own interiors division created all the furniture. Some yacht owners go for gold filigree and intricately patterned artworks along the walls. Armani’s favorite features on the other hand, are the outdoor space and an extraordinary, utterly breathtaking antique Japanese cabinet installed in his quarters. For the fitness conscious, Main has a private indoor gym. Doubtless, after a few lavish meals, the models and celebs he has for guests will want to work up a sweat and keep their perfect figures. No need to worry about overheating though because the whole ship has air conditioning. After a sumptuous meal and a solid workout, the hot tub is a great place to relax and unwind. For those seeking a more cooling dip without the need for scuba gear, the pool is available. What luxury yacht would be complete without a private cinema for viewing the Cannes films the designer is so fond of?

We don’t have a yacht, but in our dreams, Armani would be the designer if we did. His impeccable sense of elegant and understated style is relaxing merely to look on. The smooth, perfect lines and simple yet bold color choices are simultaneously exotic and comforting. We could stare at The Main for ages just perusing images of its sophisticated appointments and sumptuously serene bearing. If you could choose any designer to outfit a superyacht for you, who would it be? Leave a comment below and let us know. 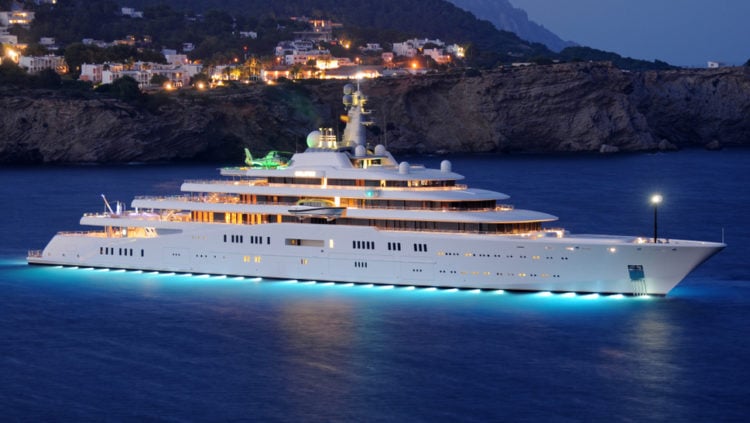 If wishes were horses, beggars would ride, but that does not mean we have to stop working towards getting the desires of our hearts. Everyone wants to the best because the spirit of competition was… 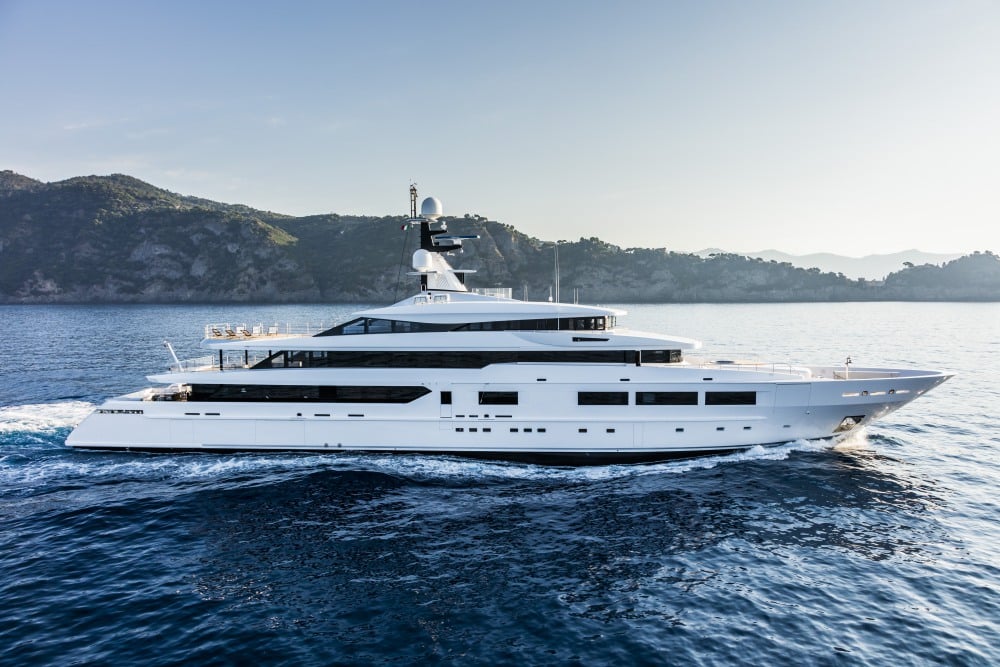 Tankoa Yachts officially presented its superyacht Suerte at the Monaco Yacht Show in 2015. She was built in 2015 by Tankoa Yachts of Genoa, Italy and is the very first delivery made by Tankoa as… 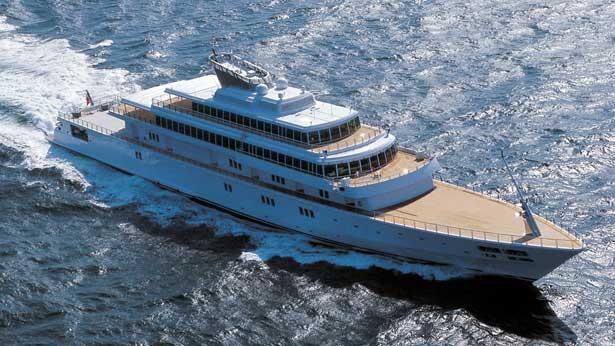 Bannenberg & Rowell was formed by Jon Bannenberg, a designer of English-Austrian descent. He is, in some ways, among the most unlikely people to have become a world-class superyacht designer.  He began his career in… 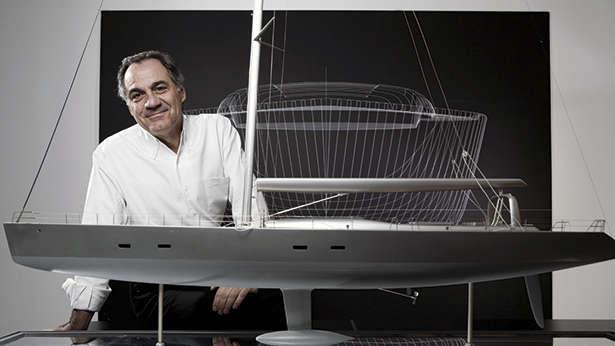 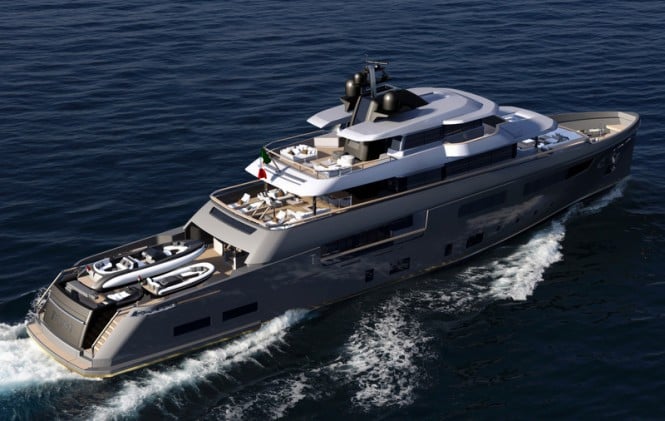 Zuccon International Project has been called a family dynasty. Giovanni Zuccon and his wife Paola began their yacht design careers in 1976. Together, they founded the yacht design studio in 1984. Their first studio, Studio… 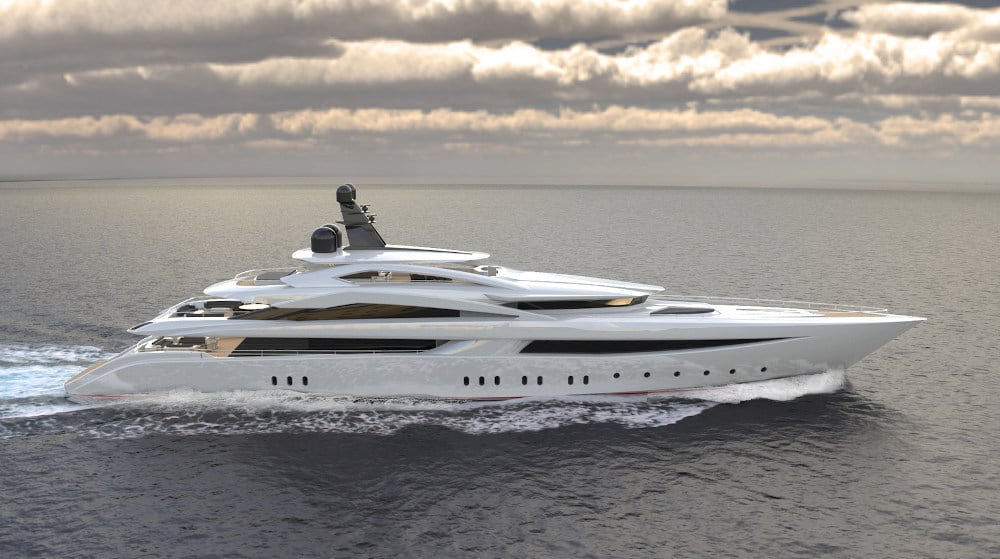