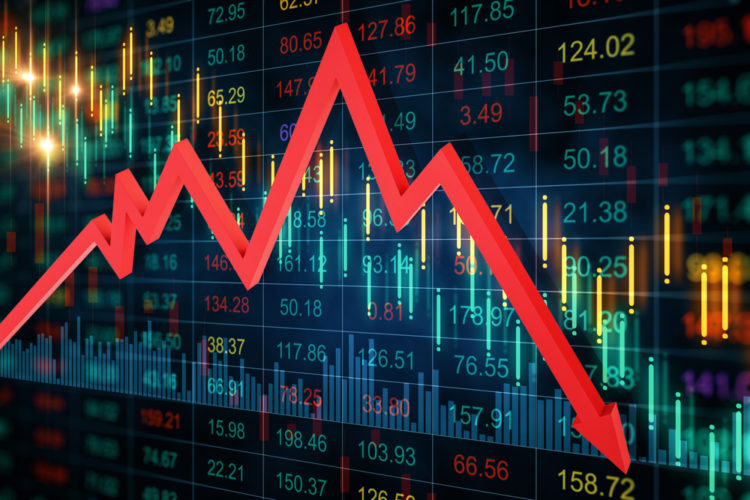 Graf Industrial Corp stock has been on the probably not list of many investors in 2019, but something happened in 2020 that made potential investors stand up and take notice. We started seeing signs of a positive outlook for the stock in July of 2020, and by September, this option appeared to be one of the better bets for investment and future profit. A pending merger changed the outlook on future potential. Should you invest in Graf Industrial Corp stock? Here is everything you need to know about it to make your decision.

What is Graf Industrial Corp?

This company is known as a special purpose acquisition company, SPAC for short. It specializes in providing blank check funding for aiding in mergers, asset acquisition, reorganization of one or more businesses, and effecting share exchange and purchases. The SPAC went public in October of 2018 on the New York Stock Exchange, according to PR Newswire. In other words, Graf Industrial has the backing to fund large corporate mergers and other financial matters.

Why Graf Stock should be considered

Investorplace revealed in September of 2020 that Graf Industrial Corp. approved its plans to merge with Velodyne Lidar. The new company supplies the autonomous vehicles industry. The recent turn of events has sparked a renewed interest in Graf Industrial stock among investors. The blank check company has just entered into a trending industry that is believed by most to be the wave of the future, and the next ten years at least, are forecast to be promising for the autonomous vehicle industry. Graf’s partnership with Velodyne Lidar is not likely to result in immediate gains as self-driving cars are in their infancy. There is still much research and engineering to be done before the industry will take off and yield profits, but the potential is great. Graf’s merger with Velodyne Liar could very well result in a situation of rapid growth and profitability soon.

Velodyne provides LiDAR, which is an acronym for light detection and ranging. This technology has applications that go beyond use in autonomous vehicles. There are multiple applications for which this tech is likely to be used, and this gives Velodyne good odds for becoming highly profitable.

What is the outlook for Graf stock?

Since the announcement of the merger with Velodyne Lidar was made, Graf stock has become appealing to investors who see the tremendous future potential for earning a sizable return on investment. The stock has doubled, and then some, and analysts believe that this may just be the start. The stock is rallying and there is no reason to believe that the forward-moving momentum will slow down.

Graf is young but Velodyne is established

While Graf recently went public in 21018, Velodyne is a company that has sold stock on the exchange for many years. Since the date of its establishment, Velodyne has enjoyed revenue of over $600 million. Even more exciting is the fact that Velodyne has secured agreements that span multiple years with some of the or largest automotive equipment makers in the world. Velodyne so far has entered into 18 of these agreements. This assures prosperity for the duration of the contracts, although it’s likely that more agreements will be made as the old ones expire.

The expectation for Velodyne revenue for the summation of 2020 is close to $101 million. It is further projected that by the year 2022, the earnings that Velodyne expects before taxes, interest, and so forth, are expected to be positive with a healthy cash flow. This, in turn, is good news for Graf Industrial Corp. Velodyne’s success will translate into Graf’s success. These are all compelling reasons for at least considering the inclusion of investment in Graf Industrial Corp stock.

The news is good for Velodyne’s shareholders

Velodyne shareholders are set to receive an infusion of more than 150 million common shares from Graf Industrial Corp. This is a part of the agreed-upon term of the merger, according to WCCF Tech. Further terms of the agreement will ensure that Velodyne will commence as a subsidiary of Graf Industrial. Graf will wholly own the new acquisition. A new ticker symbol will represent the public company on the NASDAQ stock exchange as VLDR.

There are pros and cons

Although the outlook seems to be exceptionally sunny for Graf, It’s wise to note that the Velodyne merger has the potential for delivering high ROI. However, with any investment, there is always a risk of something going wrong. Autonomous vehicles seem to be the new technology that will lead us into the next phase of transportation. There could be a revolutionary change in the automotive sector. Until it happens, nothing is certain. It’s always a gamble to invest in a future technology that has not yet come to fruition. However, many believe in this new tech and its promise of becoming the latest trend in transportation. Investments are the equivalent of taking a chance as nothing is one hundred percent guaranteed.

Should you invest in Graf Industrial Corp Stock? Upon weighing the current information on Graf, and its upcoming merger with Velodyne, there is a good reason for excitement about the future prospects of the future of the stock. There is a high likelihood that investors who take advantage of the current pricing of common shares will be handsomely rewarded with at least a decent ROI in the years to come. This is a long-term investment opportunity that is highly recommended by some analysts. It’s best to consult with your financial advisor to determine if Graf stock is a good choice for your investment portfolio. When we consider the factors that affect the likelihood of Graf stock going through the roof at any point during the next decade or less, Graf seems like a good gamble in 2021.