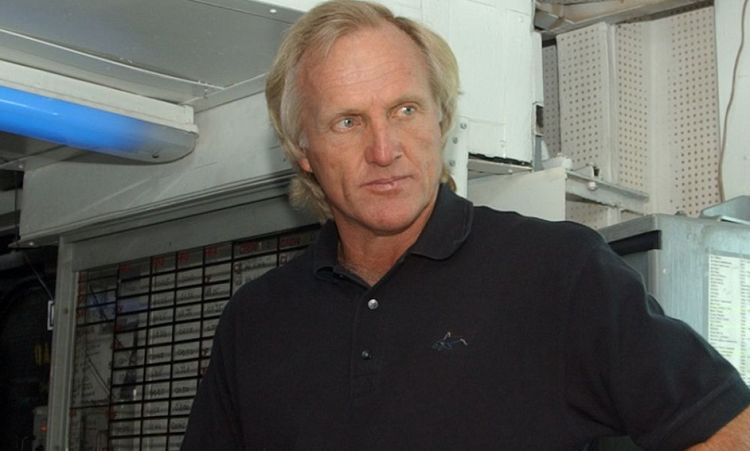 Greg Norman has enjoyed successful careers as both a professional golfer and as an entrepreneur who has business interests in many different industries. He has become one of the best athlete entrepreneurs due to his level of professional and financial success in so many fields. Although this Australian is now in his 60s, he is still actively involved in many businesses. Here is how Greg Norman went from being a talented golfer to becoming a successful entrepreneur in many industries.

While growing up in Queensland, Australia, Greg Norman enjoyed many sporting activities. He was particularly good at cricket, rugby, and surfing. When he was 15, his mother taught him to play golf and let him caddy for her at the Virginia Golf Club in Brisbane. This ignited his passion for playing golf. Norman’s first steps into becoming a professional golf player came when he was 20 and serving as Billy McWilliam’s assistant professional. Later in 1975, he began to train with Charlie Earp with a wage of just $38 per week. He finally became a professional golfer in 1976 and earned his first victory later in the same year. By the following year, he had entered the European Tour and won his first victory in the same season. This was a promising start to his career in golf and a sign of the great things that he would go on to achieve.

Greg Norman was at the height of his career throughout the 80s and 90s, although he continued to play professionally until 2009. There have been many highlights in his career, including spending 331 weeks as the number one ranked golfer in the Official World Golf Rankings and being inducted into the World Golf Hall of Fame in 2001 following 80 percent votes, which is the highest vote percentage of any golfer. In terms of his success in tournaments, Greg Norman has won 91 international tournaments. These have included two majors and 20 Professional Golf Association (PGA) tours. He has also been the runner-up in eight major tournaments and had 30 finishes in the top 10. Towards the end of his golfing career, Norman began suffering from hip and back injuries. He also underwent knee surgeries in 2005 and 2006. He unofficially retired from the professional golf circuit in 2009 and has kept his distance from the senior golf circuit. By the time of his retirement, he had plenty of other things to keep him occupied, including his business ventures.

The Move into Business

Many athletes do not become entrepreneurs until their career in their chosen sport is over. That was not the case for Greg Norman as he already had many business ventures underway well before his retirement from the professional golf circuit. He first ventured into business in 1987, although he didn’t form the Greg Norman Company until 1993 when it was originally called Great White Shark Enterprises. He did this after he left IMG, his former management group. The Greg Norman Company is now headquartered in West Palm Beach, Florida.

The original name of the company came from Greg Norman’s nickname on the golfing circuit as he was known as ‘The Great White Shark’ or ‘The Shark’. He earned this nickname because of his golfing style and because the shark is a native mammal of Australia, his birthplace. The company logo is a shark and the design is licensed by Reebok. The company has retained the shark logo even though the name has now changed.

Norman’s first business venture was golf course design. After spending most of his life playing on golf courses across the world, this was an area about which he felt passionate and also in which he had experience. He launched Greg Norman Golf Course Design in 1987, prior to establishing Great White Shark Enterprises, although the company does now fall under the umbrella of Greg Norman Company. Greg Norman Golf Design is responsible for designing more than 100 golf courses since it was first founded. These are located in 34 countries across six continents, and the company is now recognized as the premier signature golf course design firm in the world.

In 1992, Reebok gave Norman his own line of clothing, which he self-titled as the Greg Norman Collection. It predominantly includes golf-inspired clothing for both men and women. This has been a financially successful business for the golfer as it achieved $100 million in annual sales by 2005. This is not his only venture relating to clothing and apparel as he also debuted Greg Norman Eyewear in 2011. This company sells a range of sunglasses that are specifically intended for use on the golf course. For this venture, Norman collaborated with Aspex Eyewear and the have the United States distribution rights for these products.

A lucrative aspect of his business is property, and he has two elements of his company devoted to this. Greg Norman Real Estate is responsible for various projects and developments. One of the biggest projects was the development of the Medalist Village in Florida. The other element of his business devoted to real estate is the Greg Norman Design Group, which is a separate wing that handles the interior design aspects of various real estate projects.

Greg Norman in the Leisure Industry

For many of his business ventures, Norman has collaborated and partnered with other people. This was something that he chose to do when he ventured into the leisure industry and these are some of the most recent projects in his business. In 2016, he decided to partner with his son, Gregory Jr., to open a wakeboarding complex called Shark Wake Park. Wakeboarding is a watersport that people can enjoy without the need for a boat, and Shark Wake Park is devoted to building and operating the best cable wake parks in the world. The first of these parks opened in June 2016 in Myrtle Beach, South Carolina. There are plans to develop more Shark Wake Parks in the future, with the next planned for West Palm Beach in Florida. Another business in the leisure industry is Shark Experience. Again, this venture was a collaboration as Norman Partnered with Club Car, GPSi, and Version. In 2017, they collectively launched a golf cart that features a touchscreen display. This feature allows golfers to use GPS and listen to music while playing a round of golf on the course.

This is a platform that offers flex capital and an alternative to traditional means of lending. It is an international asset-based, debt lending fund that offers investments in both private and public companies, along with small and medium companies. This is the only aspect of Norman’s company in the financial sector.

Greg Norman in the Food and Drink Industry

Greg Norman has been involved in a wide range of other ventures that are not under the full control of Greg Norman Company. Some of these are partially owned by the company, and others are separate partnerships. Two of the main ventures are Troon Golf and GPS Industries. Norman has partnered with Kohlberg & Company to acquire Troon Golf. With over 250 golf courses worldwide, it is one of the largest golf management companies in the world. Norman’s partnership with GPS Industries, a Vancouver-based company, began in 2004. Not only did Norman invest in the company, but he also became the brand’s ambassador.

GPS Industries is not the only company for which Norman is a brand ambassador. Other companies for which he has this role include OMEGA, Cobra Golf, and Qantas. The latter is a long-standing business arrangement as he has been the brand ambassador for them since 1976, long before he began his other business ventures. Further to these collaborations and partnerships, Greg Norman is also a leading investment partner for Alchemy Gold. The main focus of this investment company is to find investors to fund sports startups.

Although Norman has predominantly focused on golf and then on business, he has also dabbled in other careers, including broadcasting and writing an autobiography. In 2006, Norman released an autobiography titled ‘The Way of the Shark’. From April 2014 to January 2016, Norman was the lead commentary alongside Joe Buck for Fox Sports’ coverage of the USGA’s championships.

Despite his busy career controlling his many businesses, Greg Norman somehow finds time for philanthropic activities in his spare time. He holds a golf event to raise money for Cure Search National Childhood Cancer Foundation annually. He also founded the Greg Norman Golf Foundation in 1987 with his father. The aim of the foundation is to give professional golf instruction to children, with a specific focus on junior members of golf clubs and children with physical disabilities.

Greg Norman has enjoyed great professional success, but he has done this with the support of his family. In the early years of his career, he briefly dated Sue Barker, a former professional British tennis player turned presenter. He then met flight attendant Laura Andrassy, who became his first wife in July 1981. The couple had a son and a daughter together; Gregory Norman Jr. and Morgan-Leigh. After 25 years of marriage, the couple divorced in 2006 and this led to Andrassy receiving a divorce settlement valued at $105 million.

In June 2008, Norman married his second wife, professional tennis player Chris Evert. This marriage was short-lived, and the couple made the decision to separate after only 15 months of marriage. They later divorced on an undisclosed date. The couple did not have any children together. Norman’s third marriage was to Kirsten Kutner, an interior designer. There wedding took place in November 2008 on Necker Island in the British Virgin Islands with Norman’s son acting as his best man. The couple remains married to this day. Norman also has two grandchildren

Although he is an Australian national, Norman has now made Jupiter Island in Florida his home. He bought a luxurious mansion that was built in 1902 for $4.9 million in 1991. In 2018, Pricey Pads reported that he was demolishing his home with the intention to rebuild a new home for his family. He tried to sell the property first, initially listing it at $65 million but later dropping the price to $55 million. When he didn’t find a seller, he decided to demolish and rebuild instead. Norman hopes his new home will be complete in late 2019.

Both his golfing career and his entrepreneurial ventures have bee very lucrative for Greg Norman. He now has an estimated personal net worth of $300 million, says Celebs Net Worth Today. He has made this money through a combination of winning golf tournaments and running various successful companies. Norman managed to combine both these activities for a period of his life before making a smooth transition from athlete to successful entrepreneur.