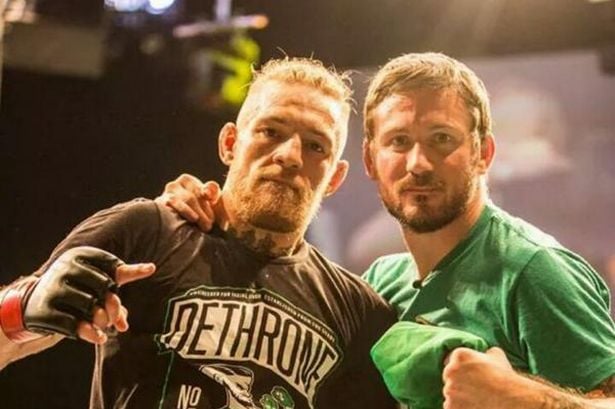 Recently, Conor McGregor has popped up in the news because he has been claiming that he has over-taken Cristiano Ronaldo on Forbes’s list of the highest-paid athletes out there. There is plenty of reason to believe that McGregor is right in this regard, though the exact figures remains to be seen.

In short, for those who are curious, McGregor had around $34 million when Forbes published its list in 2016, which was lower than the around $42 million figure listed for Ronaldo. Since then, McGregor has had his fight with Floyd Mayweather, which is believed to have provided him with something along the lines of around $100 million. As a result, while it seems probable that Ronaldo’s net worth has seen an increase since 2016, chances are good that it isn’t even close to $100 million because even if it had been caused by a number of events rather than a single event, something so significant should’ve made the news. Due to this, while McGregor’s claim remains to be confirmed by Forbes when it publishes its numbers, chances are good that he is right.

Some people might be curious about how McGregor managed to reach his current net worth. If so, the $100 million figure that he is estimated to have collected from the Floyd Mayweather fight should have provided interested individuals with a good idea. Simply put, McGregor has been collecting purses for his fights ever since he started competing in the UFC. Granted, none of those fights have produced the same numbers as the Floyd Mayweather fight, not least because UFC fights don’t pay anything close to boxing matches. However, those purses nonetheless added up over time, particularly since while the first purses were measured in the tens of thousands, the later purses were measured in the millions. Suffice to say that over time, those purses have added up.

However, those purses make up no more than a part of the story. After all, McGregor is a well-known athlete with a fair number of fans out there, which is something that translates into a considerable amount of marketing power. As a result, it should come as no surprise to learn that he has been collecting a fair amount of money from various endorsements as well. Unfortunately, there is no real way to tell how much McGregor has been making from his endorsements because said information hasn’t been released to the public, but considering his star power, it seems safe to say that those endorsements have been significant.

With that said, what is most interesting is McGregor’s match with Floyd Mayweather. The fight went in a predictable direction because whatever else that can be said about Mayweather, he is a very skilled and very experienced boxer with a time-tested strategy for going up against his opponents. However, the fight was much anticipated, which resulted in huge sums going to both McGregor and Mayweather. Moreover, it raised McGregor’s profile even further, thus creating even more interest surrounding him. As a result, it is not impossible that he will participate in further boxing matches in the future, which could bring in further multi-million purses. It is unlikely that any of these hypothetical boxing matches will produce the same numbers as the one with Mayweather, but since McGregor is still 29 at the moment, there remains a fair amount of time remaining in his career because it is not particularly uncommon for boxers to retire in their mid 30s. As a result, while it seems unlikely that McGregor will have another fight as lucrative as the one with Mayweather, it might still be too soon to say that will definitely be the case.

Summed up, McGregor reached his current net worth of more than $100 million through a similar approach as other star athletes. First, he has been paid by fighting in both mixed martial art and boxing matches. Second, he has been paid by companies that want to use his star power to endorse their products. As time passes, it will be interesting to see whether McGregor takes up other ways of earning money as well, but so far, those two have been his primary sources of income.