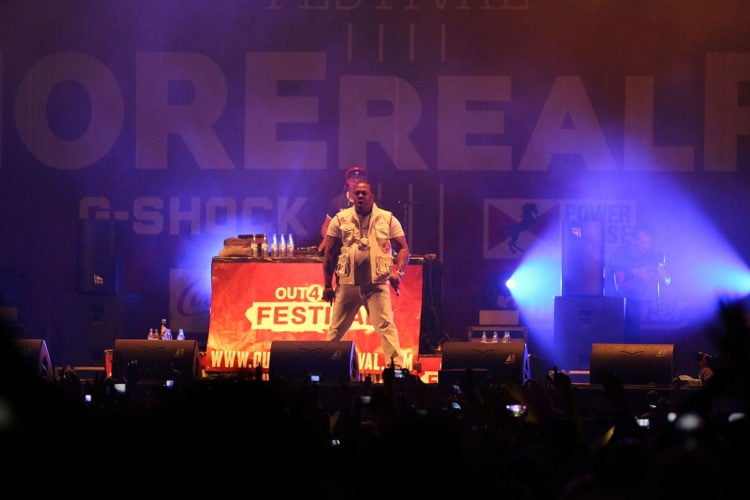 Trevor George Smith Jr., better known by his stage name Busta Rhymes, was born in New York City on May 20, 1972. He is a rapper, musician, singer, actor, record producer, and record executive. He was given his stage moniker by Chuck D of Public Enemy who named him after George ‘Buster’ Rhymes, the NFL and CFL wide receiver. This artist has earned a reputation for his fashion sense and his outlandish style as much as for his musical talents. His career began in 1989, and he has now accrued a personal net worth of $65 million. So, how did Busta Rhymes get so rich?

He formed the hip hop group Leaders of the New School in 1989 along with Cut Monitor Milo, Dinco D, and Charlie Brown. They became an opening acct for Public Enemy, who gave them all their stage names. Two years later, they released their debut album ‘A Future Without a Past….’, followed by ‘T.I.M.E. (The Inner Mind’s Eye) in 1993. Unfortunately, they began arguing because Busta Rhymes was becoming more famous than other members of the crew and they split.

Over the next few years, the hip hop artist worked mainly supporting other acts as a solo artist and appeared on the albums of many other artists. By late 1995, he had begun to collaborate with other artists on his own material to prepare for releasing his debut album as a solo artist. He finally released ‘The Coming’ in 1996 and then fans had to wait another year before he released his second studio album ‘When Disaster Strikes’. The following year, he released the album ‘Extinction Level Event (Final World Front)’. The lead single from this was ‘Gimme Some More’ and this helped this rapper to gain fame internationally as it reached number six on the UK charts. The second single from the album, ‘What’s It Gonna Be?!’ was also successful In both the US and the UK.

Busta Rhymes final album released while he was with Elektra was ‘Anarchy’ in 2000. He then signed with J Records and released a greatest hits collection titled ‘Total Devastation: The Best of Busta Rhymes’. He also released another album called ‘Genesis’ that featured collaborations with many famous artists. The two singles he released from the album were successful, but the album was less successful than his previous efforts.

In 2004, he left J Records and signed with Aftermath Entertainment via Interscope Records. This led to him releasing a fifth solo album the following year called ’The Big Bang’. This was his first alum to reach the top spot on the US Billboard 200. The album also spawned several successful singles. Unfortunately, Rhymes and the head of Interscope has some creative clashes and the artist chose to leave the record label. He released a couple of singles before signing with Universal Motown and releasing his eighth album ‘Back on My B.S.’. It was moderately successful and was also released in the United Kingdom. However, the United Arab Emirates banned this album due to the controversial content that many considered offensive to Arabs and Muslims.

Next, this artist began working on his ninth studio album, which was originally called ‘The Chemo’. The name was then changed to ‘Extinction Level Event 2’ and was intended as a sequel to one of his previous albums. This album was not released and Busta Rhymes focused on establishing his own record label the Conglomerate Entertainment. He also spent the next few years collaborating with other artists, featuring on their albums, and supporting their tours. It was 2012 before he eventually released his ninth album ‘Year of the Dragon’. This was made available for free from Google Play. The first release from The Conglomerate Entertainment was a mixtape called ‘Catastrophic’, on which Rhymes had collaborated with Reek da Villain and J. Doe.

In recent years, he has continued to collaborate with other artists, perform live, and make television appearances. He has also released a couple of singles that are independent of an album. This artist is currently working on his next album in collaboration with Dr. Dre. No release date for this album has been confirmed. Therefore, fans can still expect more releases from this rapper in the future as he continues to work in many aspects of the music industry. Throughout his career, Busta Rhymes has won multiple awards that were awarded to him to recognize his talents and his contributions to the music industry.

Now, Busta Rhymes has an estimated net worth of $65 million according to source. The predominant source of this wealth is from his various activities in the music industry. However, this has not been the only source of income for the rapper throughout his career. Another source of income for Busta Rhymes has been his film acting roles. According to his filmography on Wikipedia, the first film that he had a role was the 1993 film ‘Who’s the Man?’. Since then, he has had acting roles or provided voices for 19 films. Some of these include ‘The Rugrats Movie’, ‘Shaft’, ‘Breaking Point’, and ‘Master of None’. His most recent film was the 2018 movie ‘Big City Greens’, for which he provided the voice of a wise fish. Another source of income is from his role as Magic for two video games. The first of these was ‘Def Jam Fight for NY’, which was released in 2004. The second video game, released two years later, was ‘Def Jam Fight for NY: The Takeover’.

In his personal life, Busta Rhymes has never married. However, he has four children from previous relationships; three sons and a daughter. T’Ziah was born in 1993, T’Khi and Cacie in 1999, and Trillian in 2001. This artist prefers to talk publicly about his music but to keep his personal life private and out of the media.