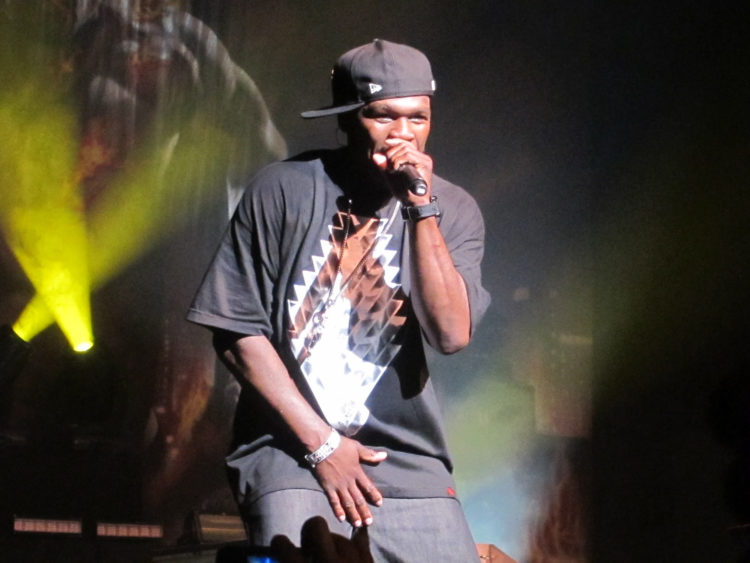 For those who are curious 50 cent’s net worth has a latest estimate of $30 million (as of 2019). This can seem rather low for people who are familiar with the extent of his success over the course of his career. However, it is important to note that 50 Cent filed for bankruptcy in 2015, which suggests that he has run into more than his fair share of financial problems.  How did 50 cent achieve his current net worth?

First and foremost, 50 Cent was born Curtis Jackson in New York City. Initially, he was raised by his mother, but when she died in a mysterious fire, he was raised by his grandparents instead. When Jackson was still at the age of 12, he started dealing drugs, which culminated in him getting arrested for selling drugs to an undercover officer as well as possessing various quantities of various drugs. However, while he was sentenced to prison, he served six months at a boot camp instead, which was where he managed to get his GED.

Eventually, Jackson adopted the nickname 50 Cent, which came from a 1980s robber who tends to be better-remembered for being his namesake than anything else in modern times. Furthermore, 50 Cent was introduced to Jam Master Jay, who taught him a great deal about making music in his chosen profession. In fact, Jam Master Jay was the one who produced 50 Cent’s first album, though it should be noted that said work was never released.

In time, 50 Cent started building up a reputation for himself over time. In particular, it is interesting to note his release of a song called “How to Rob,” which actually got him a response from a number of the famous performers mentioned in the song. With that said, 50 Cent’s path of success was filled with plenty of complications, with an excellent example being the time that he was shot nine times. Something that caused a fair amount of self-reflection on his part because of how close he had come to death.

Regardless, 50 Cent’s first album Get Rich or Die Tryin’ was released in 2003, which met with a rather positive response. For proof, look no further than the fact that it sold more than 800,000 copies in four days, thus establishing him as a name of note. Due to the success of Get Rich or Die Tryin’, 50 Cent got his own label called G-Unit Records, which was followed up by the release of a second album called The Massacre that proved to be even more successful than its predecessor. With that said, while 50 Cent has released more albums since that time, those two remain his most successful albums.

Having said this, it seems probable that 50 Cent’s business ventures have had a huge role in how he reached his current net worth. For example, he is well-known for his partnership with Glaceau, which saw him promoting a beverage product in exchange for some of that corporation’s ownership shares. As a result, 50 Cent is believed to have earned something along the lines of $100 million after paying taxes when Coca-Cola bought out Glaceau. With that said, while 50 Cent was successful with that particular business venture, it seems probable that he has lost a great deal of money on other business ventures as well. One example is the failure of his clothing line, while another example is the failure of his first movie production company as well as the middling performance of his second movie production company. Due to this, it is possible that 50 Cent’s current net worth was influenced to a significant extent by these business ventures, seeing as how companies can be rather expensive when they are struggling.

In 2008, he launched his second production company called Cheetah Visions which raised $200 million of funding. In 2010 he transitioned G-Unit Films into a television company as well and sold a multi-project deal to six networks including Power on STARZ which he co-created, stars in, and executive produces. In 2011, 50 launched Street King energy drinks and used a portion of sales to help provide food for the one billion people starving in Africa.

In 2013, Jackson became a minority investor in Hang w/, a live video broadcasting mobile app used by dozens of celebrities to broadcast their daily activities and chat with fans. The app downloaded more than 1 million times since its launch in March 2013 and has more than 1 million users as of February 2015. Other minority celebrity investors include former NFL player Terrell Owens and record producer.  In 2014, he became a majority stakeholder in Effen Vodka. That same year he signed a $78 million deal with luxury underwear brand FRIGO

There was also a rumor that in 2018 he had a huge ownership in some Bitcoin but that rumor was later debunked.

On his way back

Whatever the case, 50 Cent took some serious losses at some point in time, which have brought him down to a current net worth of $30 million even though he is believed to have earned $291 million over the course of his career. However, while he has gone through bankruptcy, it seems reasonable to say that his net worth will rise in the future. After all, 50 Cent is still making music. Furthermore, 50 Cent is involved in other money-making projects as well, with an excellent example being the various movies that he is involved with.