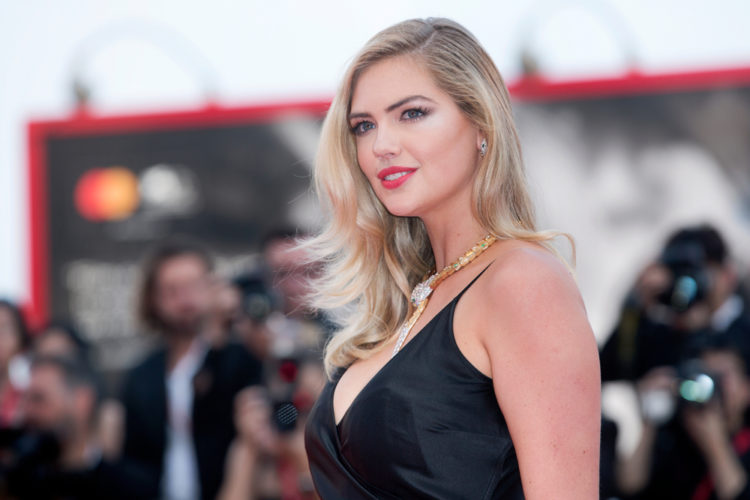 Kate Upton is a model and actress who began her career in 2008. She is best known for appearing on the covers of some of America’s biggest publications. However, she is now making her name as an actress since having roles in several films. As a result of her successful career, Kate Upton’s net worth is $20 million, and here is how the model and actress has amassed her wealth.

Kate Upton was born in St. Joseph, Michigan, on June 10, 1992. Seven years later, Upton’s family moved to Melbourne, Florida. As a student, Upton was passionate about horses and successfully competed at a national level in many equestrian events. The model is from a family of high achievers. Her mother was a Texas state tennis champion, while her uncle was U.S. Representative Fred Upton. Upton’s grandfather, Frederick Upton, was a co-founder of Whirlpool Corporation.

Kate Upton first became a model after attending a casting call for Elite Model Management in Miami in 2008. She was signed by the agency on the same day, although she then moved to New York City and signed with IMG Models. The model’s first job was modeling clothing for the brands Dooney & Bourke and Garage. From 2010 to 2011, Upton was the face of the fashion brand Guess. However, it was featuring in an issue of Sports Illustrated Swimsuit Issue in 2011 that raised Upton’s profile. In the issue, she appeared in the body paint section, and the magazine named her the Rookie of the Year. Upton then featured on the magazine’s cover in the 2012 Swimsuit Issue. The model faced criticism for appearing on the cover, and she later said she felt objectified. Despite the negative experience, Upton went on to feature on the cover in 2013. She then appeared in the 2014 Sports Illustrated Swimsuit Issue in one of the Beach Bunny suits. Sports Illustrated used a flip-side cover for the first time in 2014 for their 50th-anniversary edition, and the flip-side cover featured Upton. During the shoot in Cape Canaveral, Upton was captured in zero gravity.

In addition to appearing in Sports Illustrated Swimsuit, Upton appeared in several other publications, including Complex and Esquire. The latter named Upton as the Woman of the Summer. In 2011, Upton participated in the Taco Bell All-Star Legends & Celebrity Softball Game, which took place at the Chase Field in Phoenix, Arizona. Upton’s profile was raised further in 2011 when a video of her dancing at the Los Angeles Clippers game went viral on the Internet. It demonstrated how social media was having a huge influence on the fame of models, as only the top runway models were once famous. Upton became an online media sensation for the second time in 2012 when she appeared in a video dancing to The Rej3ctz’s single ’Cat Daddy.’ In November 2012, Kate Upton appeared on the cover of Vogue Italia, and the photograph was taken by photographer Steven Meisel. The model then appeared on the Vogue UK cover in January 2013, which led to her featuring on the June 2013 Vogue cover. Upton was photographed by Annie Leibovitz for the 100th anniversary cover of Vanity Fair in 2013. In the same year, Upton was named Model of the Year at the Style Awards, which took place in New York’s Mercedes-Benz Fashion Week. Other publications in which she has appeared include Harper’s Bazaar, LOVE, Mademoiselle, Cosmopolitan, Esquire, Glamour, and V. Upton has appeared in American, British, Italian, German, Spanish, and Brazilian editions of Vogue, and in American, Italian, and German editions of GQ. The model has featured on the covers of French and American Elle, Vanity Fair, Esquire, and Italian, American, and German GQ. Furthermore, she has been photographed for the covers of American, British, and Italian Vogue. Kate Upton has also featured in multiple advertising campaigns for big brands. These include Victoria’s Secret, Bare Necessities, David Yurman, Betsey Johnson, Sam Edelman, Express, and Guess? In 2014, Upton was named the face of Bobbi Brown cosmetics.

Upton began her acting career in 2011 when she appeared on television and in film for the first time in the same year. On television, she appeared as herself in an episode of ‘Tosh.0.’ Over the following as herself on various other television series and talk shows. In 2017, she was a guest judge on ‘Project Runway.’ A year later, Upton was a guest judge on an episode of ‘RuPaul’s Drag Race.’ Her first television voice acting role was providing the voices for Unsinkable Molly Brown/ Blonde Girl in an episode of ‘Robot Chicken.’ Kate Upton made her film debut in the 2011 film ‘Tower Heist,’ in which she played Mr. Hightower’s mistress. The following year, the model-turned-actress played Sister Bernice in ‘The Three Stooges.’ She then played Amber in the 2014 film ‘The Other Woman’. For her role in this film, Upton was nominated for a Teen Choice Award and an MTV Movie & TV Award. Next, Upton portrayed Meg in the 2017 film ‘The Layover.’ She then filmed scenes as herself for the 2017 film ‘The Disaster Artist.’ However, Upton’s scenes were deleted before the film was released. Most recently, Upton played Talia in the 2019 film ‘Adult Interference.’ In addition to appearing on television and in films, Kate Upton has also appeared in a music video. She played a woman in the music video for Lady Antebellum’s 2014 single ‘Bartender.’

According to The Things, Kate Upton’s net worth is $20 million. She has predominantly made her money as a model. However, she has also amassed some of her wealth through her work as an actress in both television and film.

In 2014, Kate Upton began dating Justin Verlander, a baseball player who has played for the Detroit Tigers and the Houston Astros. Two years later, they became engaged, and they then married in Tuscany, Italy, in 2017. In November 2018, Upton gave birth to their couple’s daughter, Genevieve.