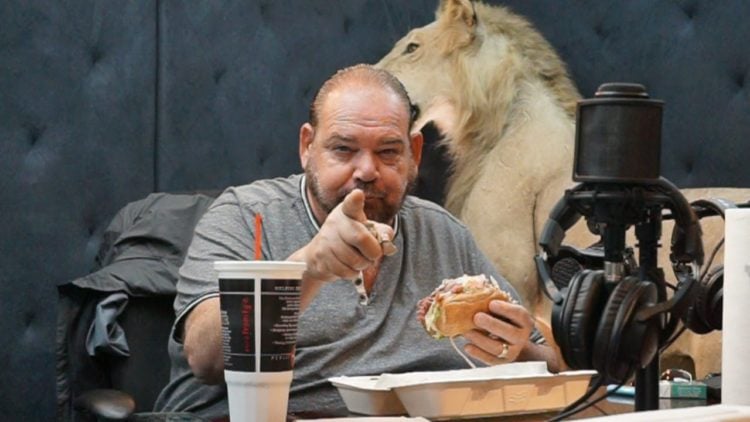 When it comes to the rags to riches narrative, many may want to own it to decorate their bios. However, if there is a man whose life effortlessly fits this storyline, then it is Ben Mallah. At the moment, he is relatively comfortable atop a $250 million fortune. What is more impressive about his feat is how he came from utter poverty, clawing his way up to the millionaire status. Many, who follow his life story and conquests, usually wonder how he came to attain such an asset base. Before looking at how he made his bones, we will look at his early life to have a deeper appreciation of his impressive net worth.

Benjamin Mallah was born on the 29th of October 1965 in Rockaway, Queens, New York. That makes him 54 years of age at the moment. He spent most of his childhood in New York, where he opines that life hardened him. According to Wealthy Persons, he claims to have grown up in a low-income family within the notorious Queens projects. In his words, he claims his parental care was lacking, and whatever his parents did, he went the opposite way to create his unique path. In his mid-teens, he dropped out of high school and joined the hustle in the streets. He started as an office messenger, performing several errands. At 17 years old, he joined the army, and it is from this stint that he probably got vital lessons about being disciplined. Looking back at the life he came from, he made a vow not to go back, and this mindset has been the key driver to making him a multimillionaire.

How He Got To His Net Worth

The most significant contributor to his immense net worth is his venture into real estate. In the last decade, the real estate scene has been on an upward trend save for a year or two of recession due to economic slumps. A common saying around investor circles is that you can never go wrong with property as an investment front. For Ben Mallah, this statement is true as he takes on the tag of a property investor. When he came out from his military stint, he got a job in Oakland, California as a garbage collector. Taking note of his hard work, his landlord promoted him to be in charge of the building he lived. Shortly after, he was made the person in control of all the buildings his employer had. As a manager, he took his time to learn the ropes of real estate management, and he immediately knew where he wanted to explore so as to get the riches he desired. He, later on, joined Wilton’s Marwil investment where they bought and sold homes for a profit. Under real estate, the following have been his ventures.

The standard way of getting into real estate is by buying and selling houses for a profit. It is an art that Ben has mastered in having done it for over thirty years under his company, Equity Management Partners INC. Among his first investments was a house he bought for $9 million and sold for $12 million, earning him a neat profit. His operation mantra in this field is working hard and bringing his best to ensure he seals deals. According to Medium, he says that his biggest challenge is sealing distant deals, which he manages nevertheless.

While still new in the property deals sector, he noted that many dilapidated houses were going to waste despite having strong foundations. He saw goldmines in these homes and got all in buying the structures, renovating them then selling them for handsome profits. The venture is performing well, and he has no regrets at all as his fortunes continue to grow.

As earlier indicated, he is the principal/ founder of Equity Management Partners, which is a real estate management company. A look at the company’s service page on its website shows that property management, acquisition and construction management as some of the services it majors on. All of these duties are part of real estate consultancy. With the consumer-based economy taking over in the United States, consultancy is a cash cow if you have experience in whatever you do. Ben Mallah has the experience factor with him. Apart from real estate, he has also tried his hand at other ventures including;

Investment In Hotels And Luxury Suites

He has also ventured into another lucrative field, hospitality. Here, he has some hotels, luxury suites and apartments to show for his resiliency in the property sector. In total, he has seven hotels, and the number will most probably grow as he diversifies his assets. One of the hotels under his possession is the Sheraton Tampa Suites Airport west shore.

When you pay a visit to his home, you will note that he has various special edition luxury cars. Rolls Royce Phantoms, Porsche Cayenne and even the coveted Batmobile decorate his home. The vehicles are also a source of his immense asset value whereby he buys the cars, and later disposes of them for a profit.

If hard work would take human form, there is a chance that it would morph into Ben Mallah. He is a real estate guru who has amassed himself an impressive $250000 fortune from the property market. He is an embodiment of resilience as he took his negative childhood experiences as a motivation to make his way up to the multimillionaire he is today. Above are some of the various engagements that Mallah takes part in that help amplifyi his net worth. He also has a YouTube channel, which focuses on his daily life working and sealing deals as well as catching up with friends and acquaintances. Follow him on this channel and also on LinkedIn to get a dose of inspiration from his story.