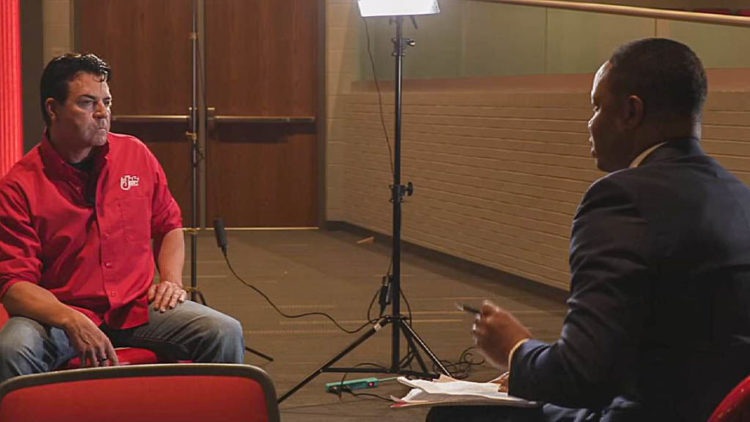 If the name doesn’t sound familiar, the company he is the CEO of will be – Papa John’s. The brand has had its ups and downs over the past year, in part due to accusations of racism and declining sales. But as most companies do, Papa John’s continues its climb back to respectability. Let’s spend some time looking how CEO John Schnatter amassed his fortune that is rapidly approaching $1 billion.

There are stories such as those of Jobs and Wozniack who started their businesses as teenagers pursuing something they were naturally gifted at and loved to do. Schnatter is not one of those guys, but he did work as a pizza delivery guy working for Greek’s Pizzeria while attending college at Ball State University to help pay for college. Oddly, this had a reverse effect on him because his father owned a bar and he decided to make and deliver his own pizzas, which would unknowingly be the beginning of the Papa John’s brand we know today.

Delivering pizzas would not move him up the net worth ladder, so while he was in college he asked a marketing major down the hall from his dorm room to create a brand name and logo for his dream company. But Schnatter would not allow the favor to go unpaid. He promised the dorm dweller if he was successful he would give him a free pizza a week for the rest of his life. Schnatter became insanely wealthy but the designer of the logo and brand name never came to collect – to this day. Schnatter says he will be more than happy to pay up if the guy will just come forward to collect the roughly $16,000 fee.

While he was CEO of Papa John’s his annual salary as CEO was $3.5 million.

Papa John’s only trails Dominos and Pizza Hut for the largest pizza franchise in the world. Currently there are more than 5,000 franchises worldwide that employs more than 23,000 people. This is where Schnatter amassed the majority of his income and net worth. As the company’s largest shareholder, owning about 30% of the publicly traded company, that 30% represents about $520 million of the $1.78 billion business.

Schnatter owns a significant piece of real estate in Anchorage. Not Alaska, but Kentucky. His house is estimated to be either 18,000 or 40,000 square feet, depending what you read. That 40,000 space is roughly the same size as the 42,386-square-foot RxBar headquarters at 412 N. Wells Street in downtown Chicago which is a commercial building. Describing Schnatter’s mansion as a mega-mansion may be a bit of an understatement.

The estimated value of this massive home is between $7 and $10 million. Though not all details are available, we do know that the home has a guest house of 6,000 square feet that is separate from the house, a private lake, a private golf course, and a multi-level garage that can hold as many as 22 cars.

His mansion is so big Schnatter takes a helicopter from his residence to the front gate, a distance of about 5 miles. Speed appears to be a thing for him, as he owns the world’s fastest civilian business jet. The Citation 750 is used to travel to his condos scattered around the country. One in Naples, Florida has a $6 million price tag, while the others in Deer valley, Utah total another hefty $23 million. He also owns 57 acres of property in other parts of his hometown.

He obviously prefers real estate as his primary investment vehicle, so between his 30% share in the company and his scattered real estate holdings, they comprise the vast majority of his accumulated total net worth. Even though he decided to step down as CEO amid the public relations issues, Schnatter’s total net worth is directly connected to the profitability of the company he founded. Though he lost millions of dollars because of the scandal, he was smart enough to simply step away and let the profits continue to roll in. As the third largest pizza delivery service in the world, he had everything to gain and very little to lose by the move.