Home
Business
Entertainment
How Much is the Pac Man Franchise Worth?
Prev Article Next Article 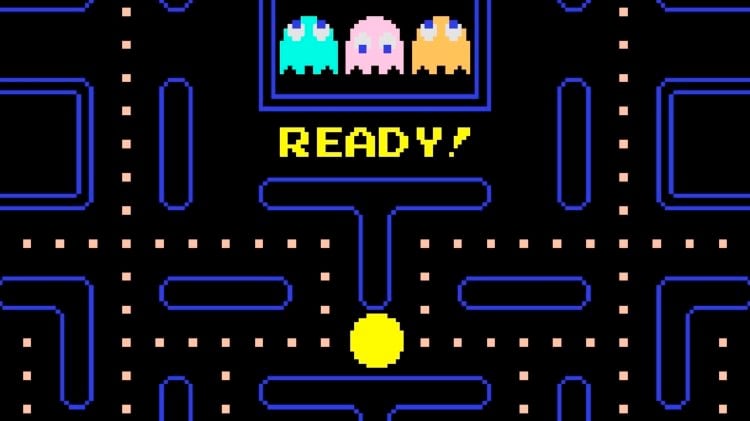 When Pac Man hit the market it was the beginning of an era. The game was so simple, yet horrifically addicting. It was fun to play on the easy beginning levels but brilliantly engineered to become more difficult and challenging as players moved up through the levels. Kids who didn’t own an Atari console could go to any of the popular arcades and play it for a few coins. There wasn’t a lot to figure out when you first started playing, but this was a trick to get you hooked into the game. It became a situation of needing to beat just one more level for most players, but the different achievements seemed to go on forever. There is no doubt that it became a hot seller almost overnight. It became the number one request on a Christmas gift list and it was one of the games that set the stage for the gaming industry. Have you ever wondered just how much the Pac Man franchise is worth?

Billions generated early on in the Pac-Man franchise

The Pac-Man franchise has sold an estimated 44 million games. This includes downloads for PC and game consoles. The arcade game was developed by the Namco company and was first released in May of 1980 in Japan under the title Puck Man. Toru Iwatani is the Japanese game designer credited with the creation of Pac-Man. Shortly after its release in Japan, the video game was licensed for distribution by Midway Games and released in the United States in October of 1980. Since this time it has become a pop culture icon as well as the most popular video arcade game of all time. It racked up sales that exceeded $2.5 billion by the end of the 1990s, making it the highest grossing video game ever.

Pac-Man was created to appeal to everyone, man, woman, and child. The colors are vivid and enticing against the black background. Unlike many other more complicated video games of its time, there is nothing particularly complicated about it, except for the fact that each level gets progressively more difficult. From day one people got hooked on Pac-Man. The game was designed for this mass appeal and this is the reason that it was such a rampant success.

Pac-Man branched out far beyond the video game

Before long, Pac-Man appeared in the form of cartoons, on licensed clothing and other merchandise and there were even plans to create a reality series around the character in 2011. Merv Griffin Entertainment, however, could not find enough network support to get the project off the ground. During the 1980s and ’90s it was not uncommon to see Pac-Man related Halloween costumes and a variety of merchandise that is now considered to be memorabilia. The ghosts from the game were also costumes that were popular.

Evolution of the Pac-Man franchise

Pac-Man was a sensation that kept going strong for decades and was a favorite of many from 1980 through 2010. When Ms. Pac-Man was released as a video game, she represented the female population and was welcomed by avid gamers as a new addition that complemented the original. Midway’s sequel starring Ms. Pac-Man was an unauthorized version, but it became a sensation as well. Google Doodle released a version of the game for PC browsers that was Pac-Man inspired. The site logged almost 500,000,000 hours and statistics showed that there were a lot of people playing the game from their work computers instead of doing their jobs. In 1981, a song titled “Pac-Man Fever rose to ninth place on the Billboard charts. A mobile division was created within the Bandai Namco publisher to develop and release versions of the game for cell phones and for a variety of handheld devices.

Pac-Man has risen to an elite status as a part of the Smithsonian Institution’s collection as well as the New York Museum of Modern Art’s prized displays. The Pac Man has attained the highest brand awareness in its class of all video game characters, according to the Davie Brown Index. It is credited with multiple spin-off games that are licensed (30 to be exact) and several other illegal clone versions.

Pac-Man under the Namco umbrella

Namco is the manufacturer that released Pac-Man and it was licensed by Midway. The Pac-Man franchise for the Atari 2600 had made a profit of $200 million and this is only one revenue stream that was produced by the franchise. Pac-Man has been released in virtually every platform out there. It’s exceeded the video game industry and been embraced by practically anything that is marketable under the licensing, from cereal at your breakfast table to It’s been 38 years since the initial release and there are few people who don’t know precisely what you’re talking about when you mention Pac-Man, at least in the countries of Japan and the United States.

What is the value of the Pac-Man franchise?

The estimated value of the Bandai Namco corporation is placed at around $510 billion. With associated royalties and side streams of revenue that have poured in from Pac-Man related goods, it’s difficult to get a precise valuation of the franchise itself, but since the game sold over a hundred thousand units in the U.S. alone during its first year out, it’s safe to say that a good share of the revenue was generated by Pac-Man sales.