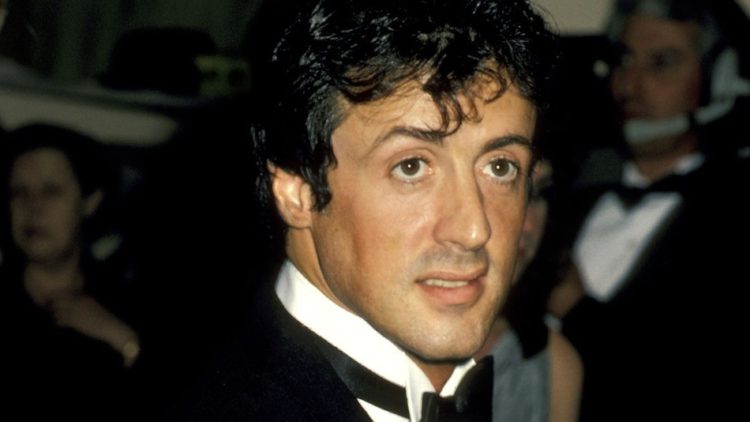 Sylvester Stallone has risen high over the course of his career. However, for a real understanding of how high he has managed to rise, it is important to note his beginnings. For example, Stallone’s unmistakable snarl as well as his slurred speech are the results of partial facial paralysis, which can be traced to labor complications when he was born. Unfortunately, his partial facial paralysis rendered him an outcast when he was a student, with the result that he didn’t just have poor academic performance but was also sent to a high school for “troubled” students because of fighting as well as other examples of what was considered to be problematic behavior. There, Stallone was actually voted as the student who was likeliest to be executed via the electric chair, which is something that says much about how he was regarded by his fellow students at the time.

Perhaps unsurprisingly, life didn’t get much easier for Stallone after he started attempting to become an actor. Like a lot of aspiring actors and actresses, he worked a wide range of jobs to provide himself with sufficient income to survive while he worked towards his big break. Examples ranged from ushering and parking cars to cleaning the cages for the lions at the Central Park Zoo. At one point in time, Stallone even appeared in an adult movie because he was out of financial options, though that wasn’t enough to save him from having to spend three weeks sleeping at a bus terminal in New York City. Summed up, it should be clear that Stallone faced an upward climb the entire way, though it should be just as clear that he didn’t let the obstacles standing in his way stop him.

With that said, even when Stallone got his big break, it wasn’t without its fair share of complications. In short, what happened was that he failed to secure the part that was up for grabs at a casting call. However, when he asked whether the producers would be interested in taking a look at a screenplay that he had written, it turned out that they liked it. In fact, they liked it so much that they were willing to offer him $25,000 on the spot. The problem was that Stallone had written the screenplay with the intent of starring it, which was why he refused their offer even when they had gone up to $360,000. In the end, the producers caved, thus resulting in Stallone’s successful launch as the star of the first Rocky movie. Financially, said movie cost less than $1 million to make but went on to make more than $255 million, thus starting Stallone on his way to his $400 million net worth.

What Can Entrepreneurs Learn From Sylvester Stallone’s Success?

Regardless, there is a fair amount that entrepreneurs can learn from how Stallone managed to become a success. First and foremost, there is the matter of Stallone’s remarkable perseverance in the face of numerous obstacles standing in his way, which is one of the most important characteristics that entrepreneurs can have. Simply put, there is no guarantee that perseverance will lead to the extent of success that someone wishes for. However, there can be no doubt about the fact that being willing to put in more effort will lead to better results in most endeavors out there, which is why perseverance is so important.

In particular, it is important to point out Stallone’s perseverance in spite of the setbacks that he encountered. This is noteworthy because failure is something that most people will expect at some point in their lives, particularly if they choose a path that is as high-risk and high-reward as entrepreneurship. As a result, the ability to get back on one’s feet after encountering failure is just as important as avoiding failure in the first place, if not more so.

Finally, it is interesting to note that Stallone showed a remarkable willingness to commit to his choices when it came to his screenplay. He knew that he had something good on his hands, meaning that he had a fair amount of leverage with which to secure what he really wanted. However, the ability to make use of that leverage even though he had little more than a $100 at the time must’ve required an incredible sense of self-belief, which is something that interested individuals should learn from. After all, there are times when people can be too confident in their conclusions, but there are also times when people fail to get what they could have gotten because they are afraid to trust in themselves.