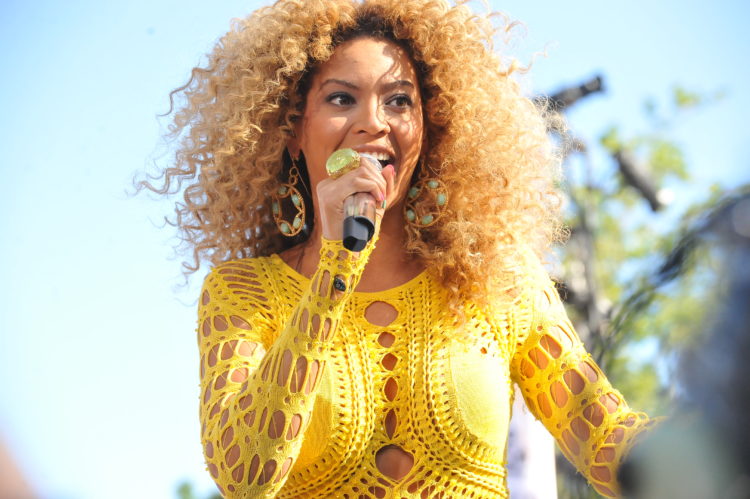 Beyoncé Knowles is one of the best-selling performers on the planet. For proof, look no further than the fact that she has managed to sell more than 100 million records over the course of her career so far, which is something that very few people have even come close to matching. As a result, it is perhaps unsurprising to learn that she has an estimated net worth of $355 million, which is a considerable sum to say the least.

For those who are unfamiliar, Beyoncé was born in Houston, where she was named to honor her mother’s maiden name of Beyoncé. Her singing talent was discovered at a young age when she managed to finish a song that her dance instructor was humming, which was notable because she managed to hit the high notes that most people would not have been able to manage. Furthermore, Beyoncé’s interest in developing her singing talent was strengthened when she participated in a talent contest, which saw her victorious at the age of seven in spite of the fact that she was going up against 15 and 16-year-olds at the time. Due to this, it is no wonder that Beyoncé went to a music magnet school, where she found further opportunities to hone her voice.

How Did Beyoncé Reach Her Current Net Worth?

Eventually, Beyoncé and her friend Kelly Rowland met LaTavia Roberson while the three were auditioning for an all-girl entertainment group. As a result, the trio were placed in a group called Girl’s Tyme with three other members, which built up over time before participating in a national talent show called Star Search. Girl’s Tyme didn’t win, but Beyoncé’s father seems to have saw potential in the group, seeing as how he quit his job to serve as a manager for them. This put a huge strain on the Knowles family, but in the end, what had become Destiny’s Child had a contract with Columbia Records.

By 1997, Destiny’s Child had their debut song on a major label, which was “Killing Time” on the soundtrack for Man In Black. By 1998, Destiny’s Child had their debut album as well as their first hit of note, which was “No, No, No.” Through these actions, the group managed to carve out a position in the market, thus making themselves a force to be reckoned with. With that said, their progress wasn’t smooth and uninterrupted throughout, as shown by how Beyoncé suffered from serious depression following the departure of LaTavia Roberson and LeToya Luckett because of disputes. Something that she failed to get help for because she feared that she wouldn’t be taken seriously when the group had just gotten a Grammy.

In time, Beyoncé went on to launch a very successful solo career that is continuing into the present time. This can be seen in how her album Lemonade managed to become the single best-selling album of 2016. However, while it is clear that much of Beyoncé’s net worth has been built up through her music as well as her music-related activities, it is important to remember that she has been involved in a wide range of other activities as well.

After all, there are a lot of people who will remember that she has had a fair amount of success as a movie actress, particularly since she is set to voice Nala in the upcoming live-action adaptation of The Lion King. Furthermore, Beyoncé has had a lot of product endorsements, with examples including everything from American Express to the Nintendo DS. On top of this, she has been involved with a number of business ventures as well. Some of them have been clothing lines and the like. In contrast, Beyoncé is also one of the co-owners of the music streaming service called Tidal, which is something that she shares with other successful artists such as her husband Jay-Z as well as Rihanna, Madonna, and Kanye West.

For the time being, Beyoncé’s net worth is estimated to be $355 million. However, it is clear that her net worth is going to continue going up in the future, seeing as how she remains very much active as an artist. In fact, Beyoncé and Jay-Z just released their first album as a couple called Everything Is Love in June of 2018, meaning that chances are good that $355 million is already more than a little bit out of date.