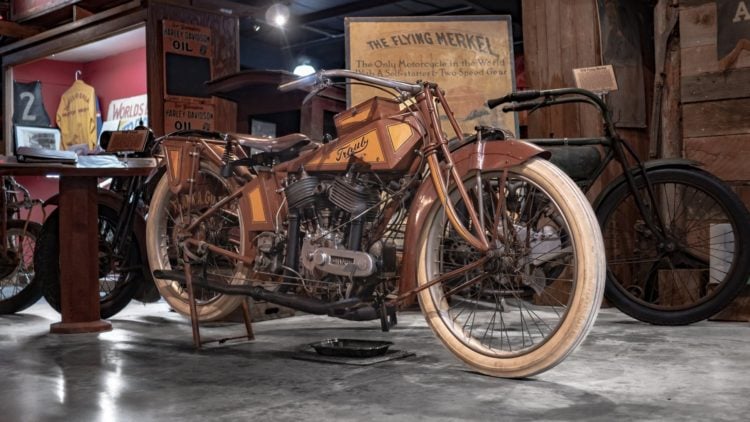 Are you a motorcycle rider with an interest in connecting with other bike enthusiasts? If so, a good way to share some camaraderie and learn more about your passion is to start a motorcycle club. It’s not as difficult as it sounds, and if you have a few like-minded friends, it’s a worthy venture that can make riding even more enjoyable. We’ve put together a short easy to follow guide that includes 10 tips to help you establish a new motorcycle club to bring you together with other riders. Although starting from scratch isn’t easy, it will be well worth your effort.

1. Check with your local Motorcycle Clubs before you start making plans

Nada Guides strongly recommends that you check with local motorcycle clubs to make sure that you’re not treading on anyone’s territory with your club. Also, check with the American Motorcyclist Association to make sure that you can gain recognition. MCs usually tolerate RCs or Riding Clubs as long as they offer a certain niche and ride in different circles. Speak to the leader of the closest MC to avoid doing anything that could be construed as disrespectful to the existing club.

2. Determine the type of club you want to establish

Bikersrights gets us started with a few good tips on how to get started. The first step is to consider why you want a club in the first place. Is it to meet new people, provide educational services, is it for riding in groups, or is it for some other reason? There are quite a few different types of motorcycle clubs, so be clear about your reasons and then form the club with your desired goals in mind.

3. Choose a name and a logo

Your club will need to have a name for the branding. You’ll also need to design a logo. Choose a name that is unique, and also one that does not infringe on any copyrights secured by other clubs or businesses. The name of the club should relate to the purpose, the image, or the philosophy of the club. You may also include the county or city of the club’s headquarters as a part of the name. The logo is an important part of the branding of the club. Members are likely to want to have clothing that bears the name of the club along with the image that you choose for the logo. It comes in handy if you decide to get into any kind of marketing. Try to avoid names that will draw negative attention to members of the club. Offensive names can bring trouble that nobody wants or needs.

This step shouldn’t be difficult but it does require some thought and discussion. The club needs to have a mission statement that is clearly stated. The mission statement delivers an outline of your club’s intentions, what makes it different, and what it hopes to accomplish. For example, if the purpose of your club is to ride and support animal charities, a statement that clearly states “To ride motorcycles, and provide assistance for pets in need of help. You don’t need to make this a long statement, although you can. Keep it concise and simple.

5. Determine the region, niche, and colors for the club

Nada also points out that you must identify where your club will be based, and the territory or region that the club will cover. After doing this, research the colors of other MCs and RCs in the area before choosing colors for the new club. It’s generally acceptable to use the old colors from disbanded clubs but make sure that the former club went out in good standing vs for criminal activities. Avoid using the colors of any active clubs because it will be considered a sign of disrespect.

6. Establish the rules for the new motorcycle club

Every motorcycle club must have a set of rules that are agreed upon by the founding members and put in writing. The rules that you set must reflect the mission and values of the new organization. Some guidelines can be found online, but most rules focus on respect for the organization, proper representation, how to war the colors, attendance and participation at meetings, and so forth.

Some clubs set hard and fast rules about the types of bikes that are acceptable for members of the club. While this is not an absolute requirement, it’s something that you might want to consider. For example, if your club is for racing enthusiasts, you might set a rule for sportbikes, or if you’re a riding club, you may want to include only cruisers. Some clubs also set rules about the age of the bikes. If the new club is a vintage bike club, determine the years of bikes that are acceptable. None of these things may matter to your club. These are just a few ideas to help you shape the club per its purpose and mission and to carve a niche.

Motorcycle clubs charge membership fees to join. Most clubs charge an annual rate. Fees go towards the costs involved with startup and maintaining the organization. The amount that is charged annually depends on the needs of the club. Some areas low as $25 per year while some others charge $600.

Let’s Ride Motorbike points out that you’ll also need to recruit members to join the new club. Before the recruiting process begins, you’ll need to have your registration forms in order. We recommend going online to find some good examples of what other niche clubs are doing. These are records that will need to be stored in a locked file cabinet at the club headquarters. You will also need to look into gaining a solicitation license, a sales tax exemption, and liability insurance for the club.

The new club will need to establish a committee to appoint its officials. The offices that will need to be filled include the President, Vice-President, Secretary, Treasurer, and Road Captain. These officials will make up the basic structure of the club.