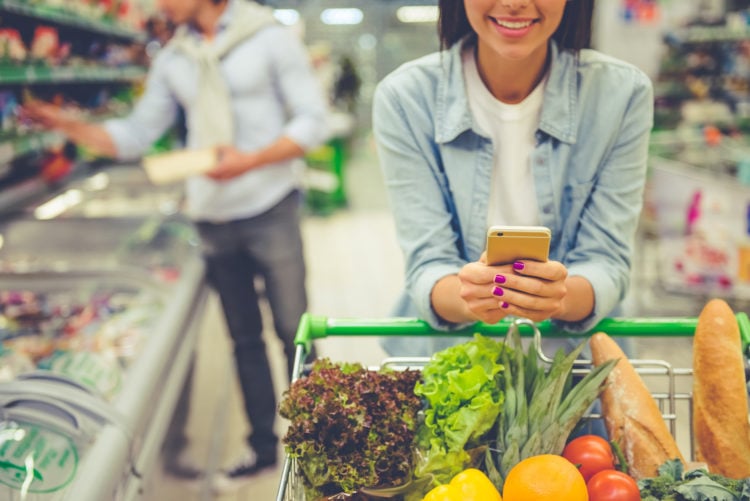 Ibotta is a mobile technology company that provides users with a means of earning cash back from purchases made in stores, online, and through mobile means by submitting receipts of their purchases. This is a popular app for shoppers that has become one of the latest trends. This novel startup has become widely popular and the company has grown by leaps and bounds since it was first founded. If you haven’t heard about Ibotta it may be a company worth checking out. Here are 20 things you didn’t know about Ibotta to help you become more familiar with it.

1. Ibotta was officially established on Halloween.

Ibotta was founded on October 31, 2011. This is the creation of its current CEO Bryan Leach. The company is headquartered in Denver, Colorado.

2. James Henry Clark is a board member

Bryan Leach was fortunate to have Jim Clark take an interest in Ibotta in its early stages. He is an American entrepreneur who has an impressive track record of founding Silicon Valley startups himself. He is also a computer scientist who has established myCFO, Healtheon, Silicon Graphics, Inc., Netscape Communications, and more. He is a prominent computer graphics researcher who became an early investor in Ibotta.

3. Ibotta is an easy way to make money

Ibotta offers a mobile phone app for smartphones. It is free to download and all you need to do is use the app to submit receipts for eligible purchases that you make to receive a certain percentage of cashback from each of the purchases. It has recently been reported that the app has been downloaded by users over thirty million times and the users have reaped the benefits of receiving money rewards of approximately $500 million. It’s an app that really does work to help save you money on purchases.

4. There are thousands of things you can save money on with Ibotta

Ibotta is an app that allows users to save on thousands of different items. This company has established partnerships with retailers and brands to offer rebates to its customers as well as discounts on a variety of things including restaurant dining, retail purchases, Consumer packaged goods, and wine, beer and other kinds of alcoholic products are also included when bought from grocery stores, liquor stores, restaurants, and bars if the user is of legal drinking age.

5. Ibotta currently works with half a billion locations

Although not every purchase you make with Ibotta will yield rebates or discounts, there are a lot of locations that have already partnered with the company on their products. According to Ibotta, it works at more than five-hundred-thousand locations throughout the United States of America. As of October of 2016, Ibotts is only available for use in the United States and it works on both Android and iOS services.

6. Ibotta has a Pay Service

Ibotta has even gotten into the Pay service with its Pay with Ibotta. This enables users to buy items using gift cards and receive rebates in the form of cash back in their pockets. This is just one of the many services that Ibotta currently offers for its users. This recent addition to the scope of Ibotta rewards and services was added in 2019. The Ibotta app was made available in Google Play stores and the App Store in 2012 and these are the places that you can find the app for download if you’re interested in getting rewards for your purchases.

7. Ibotta is a late-stage funded company

There are twelve major investors that have participated in the fundraising efforts for Ibotta. These are investors who see the tremendous potential for this company to continue to grow and thrive and to bring a good return on investment for the venture capital that they have put into the business. Some of the investors include Koch Disruptive Technologies, Teamworthy Ventures, James Henry Clark, Tom Jermoluk, Harbor Spring Capital, GGV Capital, and six others.

Once you earn $20 in Ibotta rewards you can claim your cash and there are three different ways to receive it. The first option is to receive your cash via Pay Pal. If you don’t have a PayPal account, it’s easy to set one up and it is free. You can also use Venmo but the same thing applies. You can also redeem your Ibotta rewards for gift cards that can be used at a variety of different retail stores including Walmart, Target, Amazon, and more.

10. The technology behind the app has evolved

Ibotta has developed automated technology that in some cases no longer requires users to scan pictures of their purchases from receipts. Some stores automatically track customer purchases through their loyalty cards. Rite Aid, Best Buy, Giant Eagle, Food Lion, Raleys, Redner’s Market, Lowes Foods, and many others. This has made it much easier for users of the Ibotta app and less time-consuming.

11. Walmart does the most business with Ibotta

Of all the brands that Ibotta has partnered with, Walmart is the retailer that has the highest number of Ibotta redemptions over the others. It is the leader with almost twice as many redemptions as any of the other participating stores. The next popular stores are Target and Kroger, with others falling under them.

12. Walmart has the best offers

It is important for anyone using the Ibotta app to understand that each participating brand has their own offers for discounts and rewards. What you receive from one may be different than the other so it pays to check out the offers that are made by each store before you make your purchases. For example, the Organi Organic Protein was offered at Target for a reward of $3.00. The same product was offered with a $4.00 reward at Walmart. We learned that Walmart consistently offers the highest rewards over the other brands.

The fastest and easiest way to find current deals for Ibotta is through the special deal pages that some of the participating partners offer. Ibotta provides deal pages for Kroger, Target, and Walmart. This allows you to search through them and to compare them. New offers appear on Wednesday afternoons so it is important to check back weekly to make sure that you don’t miss anything. Then again on Thursday, yet more new offers come in and appear in the advertisement. New offers are loaded for a 24-hour period which is convenient for allowing you to check back throughout this period.

Ibotta is a company that places a high priority on professional development for its employees.We were investigating the way that the business works on the inside to learn more about the things that have led to its tremendous success. We discovered that Ibotta provides opportunities for professional development complete with guest speakers who participate in panels to share with others, as well as their own. They not only speak with Ibotta staff but also share the wisdom that they’ve gained about what it takes to be successful with others in the business world.

15. Ibotta recognizes achievements in its workforce

According to the LinkedIn page for the company, Ibotta highlights the achievements and the accomplishments of individuals within the workforce. We saw firsthand how the staff is honored by discussing the ways that the person makes positive contributions to the company. This is an excellent way to boost staff morale and to encourage even higher levels of performance. In addition, the short write-up that describes the positive attributes of the employee tells others the reasons why Ibotta is lucky to have them. This is a form of recognition that builds up the staff member that is formally recognized and it is shared online as well as online for everyone to see. Here is yet one more reason why Ibotta is such a successful company.

Ibotta has a total of 53 new job openings. They are distributed through several cities in the United States. Many of the positions are offered at its headquarters in Denver, Colorado. There is also one spot open in Cincinnati, Ohio. We also noticed that the company is looking for workers that are graduating in 2020. Ibotta also offers internships for those who are still in college. If you’re interested in learning more about the job requirements for working there and what is expected, Ibotta posts full job descriptions on their LinkedIn website.

17. Ibotta is a privately held company

Ibotta has not had the need to file for an Initial Public Offering. It has received the necessary financial backing from venture capital firms as well as from private investors. So far, Ibotta has remained a privately owned company and our investigation has not turned up any news or discussions about filing for an IPO at any point in the near future.

18. Ibotta is a unicorn company

Companies that reach a valuation of a billion dollars or more join the ranks of an elite group of a class of businesses that are referred to as unicorns. Ibotta is one of the fastest-growing companies in the United States. This shows that Ibotta is on an upward spiral.

The Inc. 5000 List is a prestigious form of recognition that includes only the businesses that fall under the category of being in the top fourteen percent of the most rapidly growing private companies within the United States. The list that was announced for 2019 included Ibotta as number 699 on the list. This means that there are only 698 companies in the nation that are doing better. This is a list that also includes some of the top performers including Yelp, Zillow, Dell, Microsoft, Timberland, Pandora, Domino’s Pizza, and others.

20. Ibotta is revolutionizing the way we shop and save

The Ibotta app has ushered former coupon clippers into the new age of smartphones and using convenient applications. Technology has replaced so many of the tasks that we used to do manually. Using special offers to save money at the grocery store, restaurants, and other places is no exception. The Ibotta app is becoming one of the most popular and widely used ways to get money back similar to rebates on everyday items that are purchased. There have been millions of downloads of the popular app and it has helped American shoppers to save more than half of a billion dollars on their purchases so far. The company is growing and expanding and it even includes a Pay app. The Ibotta app is only available in the United States of America, but its growth has been nothing short of phenomenal. Ibotta is a company to keep your eye on as it continues to grow and evolve because it’s hard to say what new and great services it may provide for shoppers in the near future.