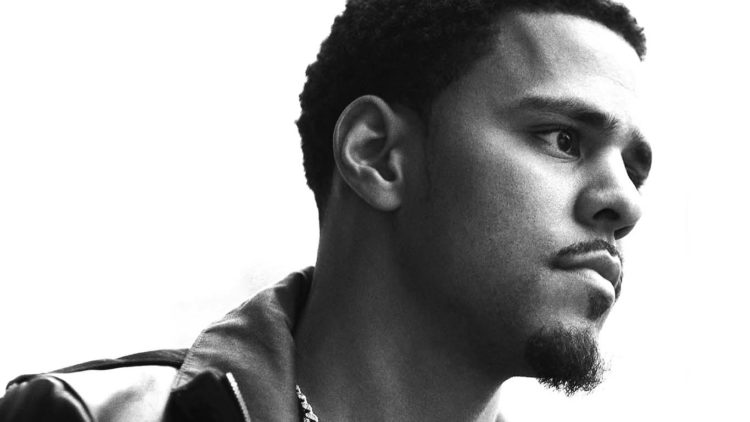 J. Cole is a professional American rapper and singer. At a young age, he’s managed to amass a net worth of a whopping $30 million. How did he do it? Was it solely from his singing/rapping career or were there other investments that he made to get there. Although his talent and fame remain undisputed, that’s a huge fortune and we were interested in finding out how he went about it. Here is what we discovered about J. Cole.

The Early Years of J. Cole

J. Cole was born on January 28th in 1985. He’s just 33 years old. Although simply known as J. Cole to fans, his name is actually Jermaine Cole. His father was stationed on a U.S. Army military base in Frankfurt, Germany and this is where he was born. J’s mom worked for the United States Postal Service. He started rapping when he was 12 years old and this mom gave him a music sampler as a Christmas gift which gave him the inspiration to begin producing. Cole had career aspirations from the time that he was very young and he was focused on doing whatever it took to reach his goals. He enrolled at St. John’s University where he earned a degree in business and communications. Although he graduated in 2007, his degree was not received until 2015. He took care of the basics and made sure that he was armed with the knowledge and information that would give him a solid business foundation in the industry. Cole didn’t just jump into anything haphazardly.

Jermaine had already started preparing for his career by pursuing his passion by the time he was just 14 years old. He had filled multiple notebooks with lyrics, ideas, and songs. Although it’s a bit unusual for a boy so young to see the benefits of getting in on producing, he had a vision and it wasn’t all about grandiose schemes to become rich and famous, although he currently is just that. He had a passion for the work of producing. This was much more than taking center stage and becoming the star of the show. It’s actually quite impressive and shows the maturity that he had before he was even old enough to buy a car.

He didn’t have a lot of equipment to go very far, but his mother saw the need and purchased more equipment so he could develop his producing and become better at it. It would only e a few years before J. Cole would be posting his songs in online forums.

Highlights of his successful career

In 2007, J’s first release was a mixtape he titled “The Come Up.” This was his debut and soon “The Warm Up” was released in 2009. His work was getting a lot of attention and a big break came when he was invited to work on a collaborative track with the famous Jay Z. By 2010 J Cole’s name was appearing on the songs of several artists including Wale and Drake and he signed with Roc Nation, Jay-Z’s record label. were the first events that would set J Cole on a positive trajectory forward. It didn’t take long until he was performing at his own shows and releasing several more albums. He was doing what he loved and was passionate about and the money? Well, it just seemed to follow. In 2010 he released “Friday Night Lights” followed by “Born Sinner” in 2013, “Forest Hills Drive” in 2014 and in 2016 “4 Your Eyez Only.”

It’s not difficult to see how J Cole made his millions. He’s a man who knows the value of believing in yourself and doing what you love. He has an interesting philosophy that is so down to earth and simple that people who are going for fame and wealth often fail because they’re trying all the wrong things and doing it too hard. He lives by a few simple principles. You have to have the bad to appreciate the good, You have to take a chance because you never know what good can come of it, you have to believe anything is possible and dream like the obstacles aren’t there and you gotta keep working at it regardless of how things may look. We get the strong message from J Cole that he’d rather just be himself and be happy and he’s not interested in trying to please everyone else. His formula for life has led him on to a successful career and if you’re looking for a good example of how it’s done, J Cole is one to follow.