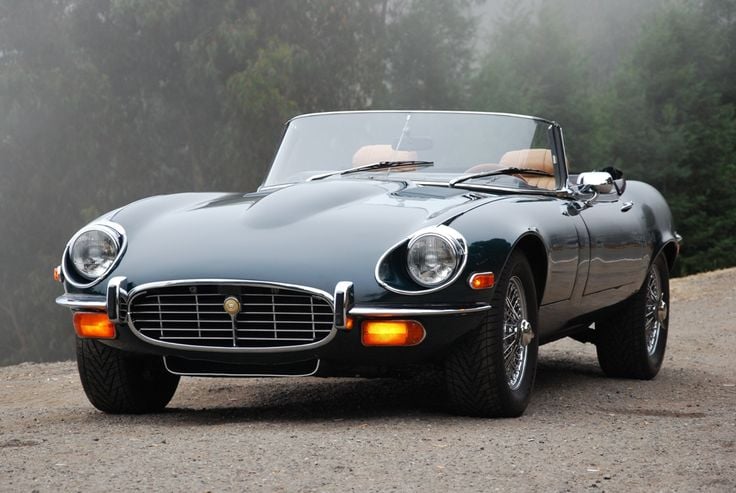 Jaguar is an iconic automaker with British roots that’s known for the impeccable quality, luxury, and style of its vehicles. It was founded in 1922 by William Walmsly and William Lyons.  Back then it was named the Swallow Sidecar Company. The company changed its name to Jaguar on March 23, 1945 to give it distinction and set the brand apart from its competition. Jaguar has maintained its distinction ever since, and it’s a brand loved by car enthusiasts the world over. The company has produced a number of amazing cars during its history, including those that are noted for being pop culture icons.

Here are 10 of the finest Jaguar cars ever made. 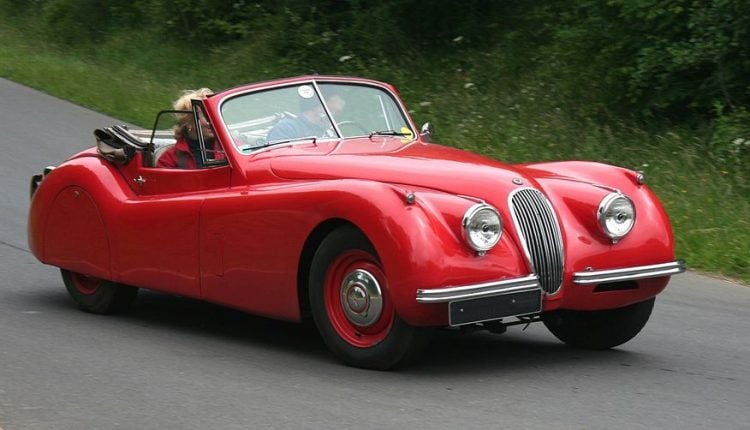 The Jaguar XK120 was produced from 1948 to 1954 and was the first sports car the company produced since it stopped making the SS 100 in 1940. The XK120 features a wood frame body, panels made of handcrafted aluminum, and its profile is a classic. Lighter bodied aluminum models were created for racing, and those versions of the car had more powerful engines, removable windscreens, and aeroscreens.

The car got its name from the fact that it reaches a top speed of 120 mph. At the time, this made the XK120 one of the fastest cars in the world. This car inspired US automakers to create their own two-seater roadsters, including the Corvette. If you can find this vintage ride, it will cost at least $150,000 to buy one. 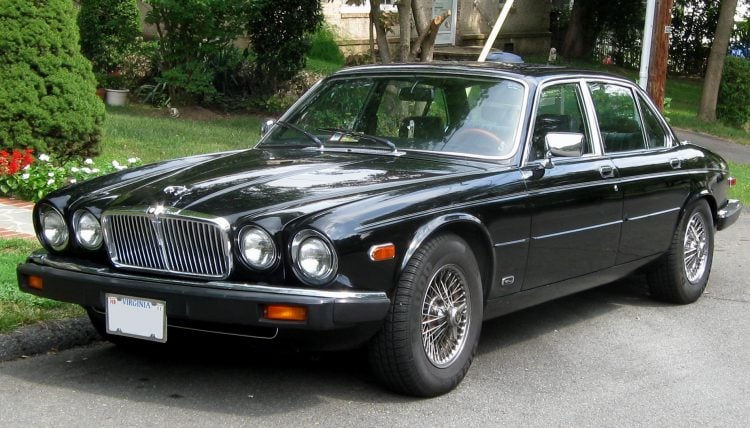 Jaguar’s XJ is a beautiful full size luxury car that is sill being produced today. In its current form, this model is an official car of the UK’s royal families and Prime Minister. The first model was released in 1968, and it was the last Jaguar car made that had the input of founder William Lyons. Many see the XJ6 as a model that embodies everything Jaguar stands for. In fact, ads touting the car and featuring William Lyons called the XJ6 the “finest Jaguar ever” produced. 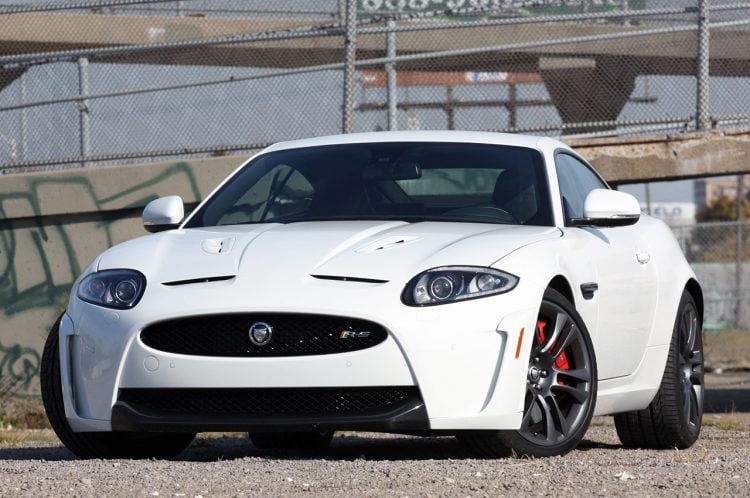 The Jaguar XKR-S is all about performance, and its power starts with a design that includes a 5.0 liter supercharged V8 engine and sleek aerodynamics. 2015 was the last year that the XKR-S was produced, and the cost to buy one starts at $130,000.

Jaguar produced its XJS from 1976 to 1996. This grand tourer was built with V12 power, and over its 21 year history it didn’t see much updating in terms of style — it certainly didn’t need any significant changes. If you can find one of these cars for sale, you’ll pay at least $50,000. 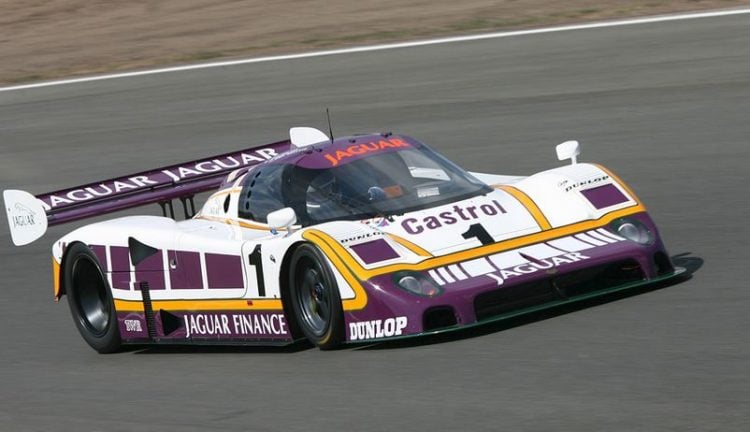 This is one of the most famous race cars that Jaguar ever built. In 1988, the Jaguar XJR-9 broke records when it won the 24 Hours of Daytona race. It also won the Le Mans during the same year as well as the 2010 Le Mans Legend. This model evolved from the XJR-8 and was designed with a 7.0 liter V12 engine. At auction, it sold for over $3 million. 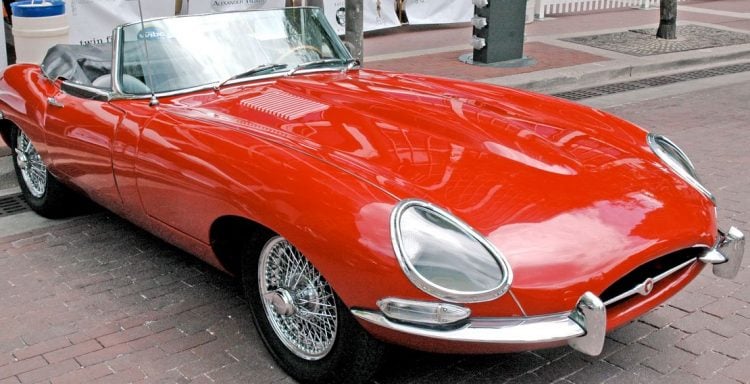 The Jaguar E-Type, also known as the XK-E, was produced between 1961 and 1975. Enzo Ferrari famously declared this model to be the “most beautiful car ever made” — that’s quite a compliment, especially considering the source. Back in the day, the E-Type was a must-have of the world’s elite and it became firmly attached to the Jaguar brand. When someone mentioned the company, the image of an E-Type immediately came to mind. Over 70,000 cars of this model were sold during its 14 year production run, and buying a vintage E-Type at auction today costs several million dollars. 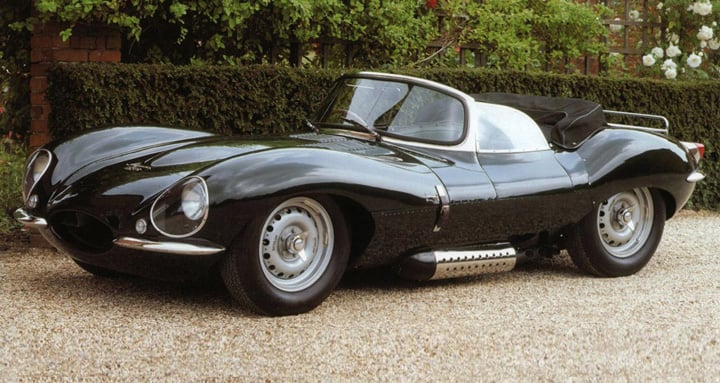 Jaguar’s XKSS was created to be a street legal version of its D-Type race car. The XKSS is one of the most sought after cars that Jaguar ever produced, and only 16 were sold. Out of those, just 12 still exist. One 1957 XKSS that had been completely restored and had 24,850 miles was sold at auction for $1,925,000. Steve McQueen’s XKSS is estimated to be worth $30 million.

The main reason that the XKSS is so rare is because of a fire that broke out at a production plant on February 12, 1957. 25 cars were to be made, and only 16 survived the incident. In March of 2016, Jaguar publicly announced that they’d finally finish up the original 25 car order and build the remaining 9 XKSSs from scratch. The expected selling price for each car will be approximately $1 million. 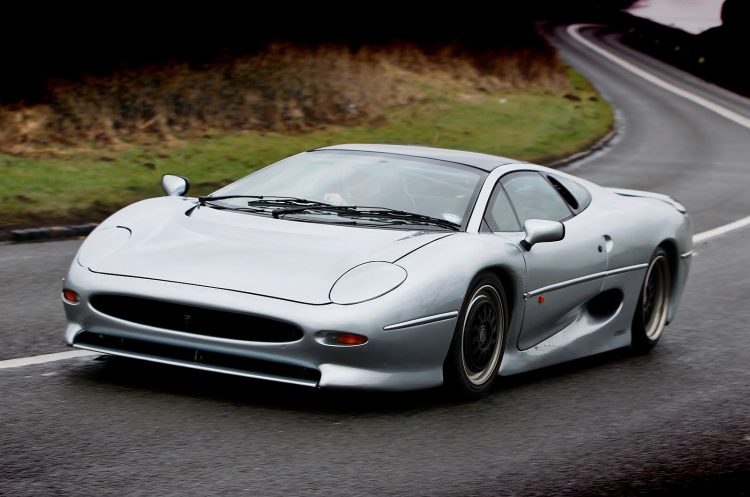 This two-seater sports supercar was made by Jaguar between 1992 and 1994. The XJ220 reached top speeds of 212 mph and broke records at the time. It was a revolution in auto engineering and was designed with a 5 speed manual transmission and a 3.5 liter twin turbocharged V6 engine. The interior was created to be suitable for both racing and road use. To get your hands on a Jaguar XJ220, you’ll pay at least $400,000. 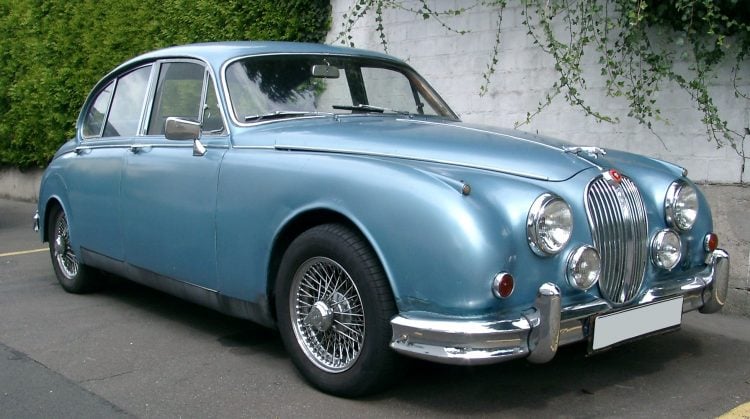 Jaguar’s Mark 2 was produced between 1959 and 1967. The mid-size luxury saloon was created to be an improvement over the Mark 1 and features door pillars that are slimmer, larger windows, and better suspension. The differences between the models doesn’t seem too significant on the surface, but the way that each car drives is a different story. This car was so smooth and speedy that the Mark 2 was a top choice for placement in detective and action movies with car chases. Depending on the condition that the car is in, you can buy a Mark 2 for $60,000 and up. 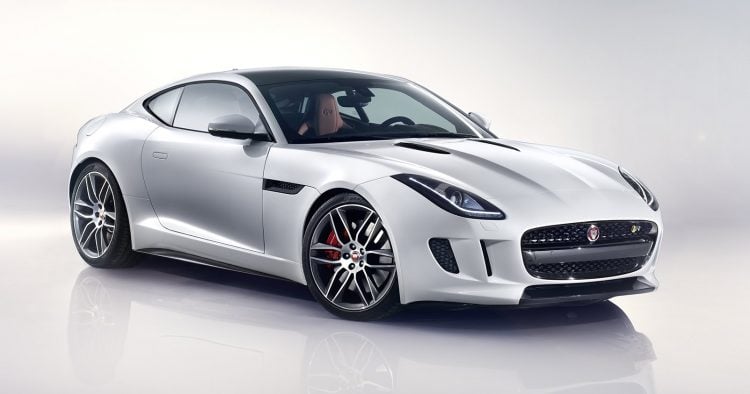 The F-Type R is not only one of Jaguar’s most powerful cars — thanks to its supercharged V8 and high tech torque that produce 550 HP — it’s also one of the company’s most gorgeous. Its body and exterior look great, and the interior is also full of style and sophistication. This coupe was introduced to Jaguar’s lineup in recent years, and its mass appeal was bolstered by advertisements featuring famous slick Brits, including actor Tom Hiddleston, Mark Strong, and Ben Kingsley. The price for a Jaguar F-Type R starts at $105,400. 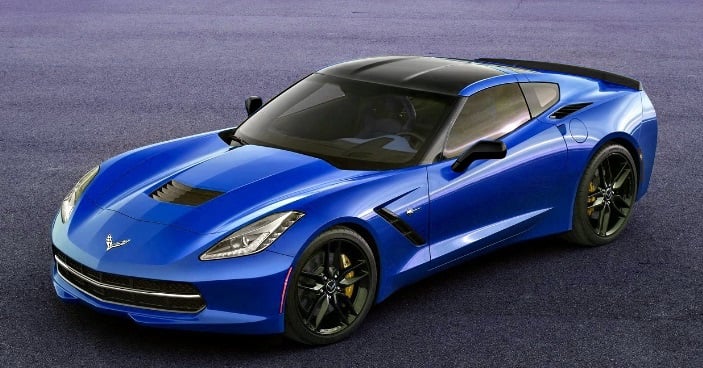 Corvette is one of the brands that has made a name for manufacturing fast and fun vehicles ever since the very first model was released back in the 50s.  The brand been around for about… 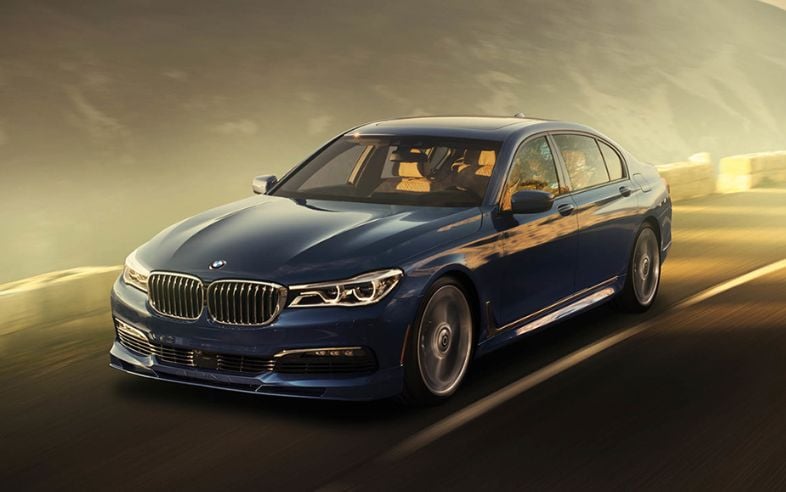 One of the most iconic BMW models is the 7 Series, which has been produced by the automaker since 1977 and is currently its flagship car. This is the model that the auto industry giant… 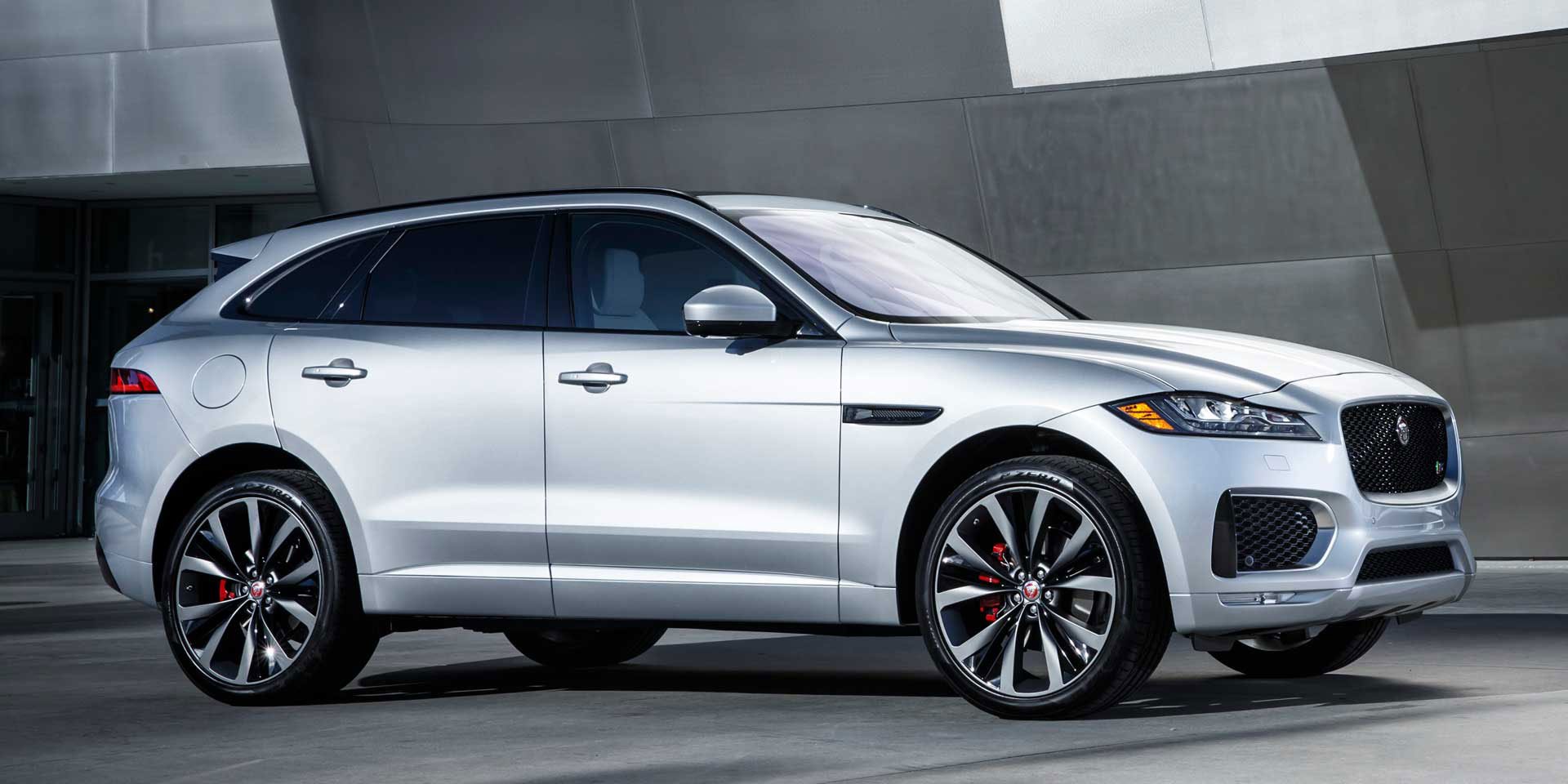 Auto manufacturers are taking the SUV game a notch further. This is because, more considerations are being evaluated in order to make a SUV offer both luxury and performance. A luxury vehicle has to accommodate… 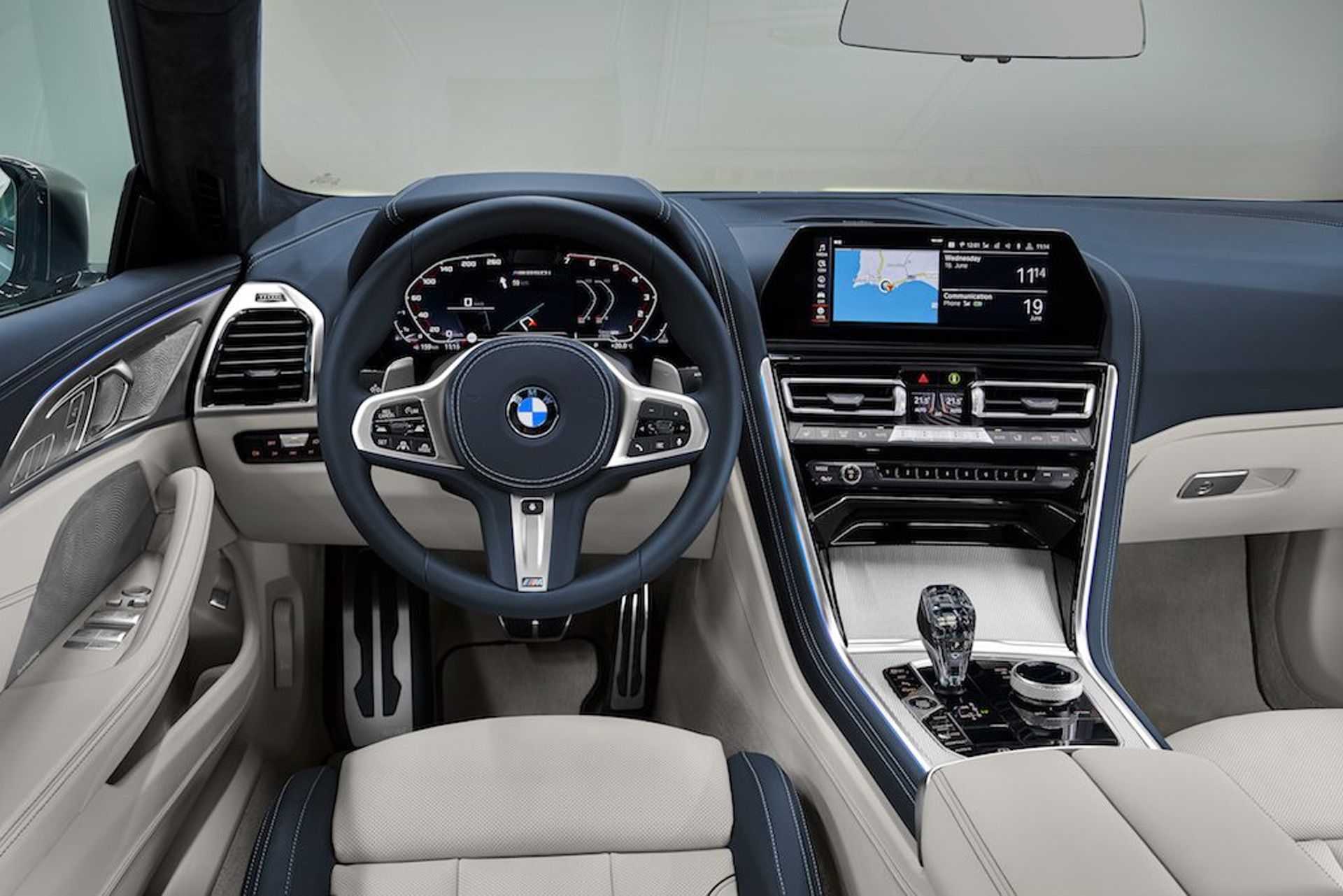 The Ferrari Portofino is certainly a special sports car. It is about to take over the spotlight from the long-standing California T, so many Ferrari lovers have been lining up to own this new model…. 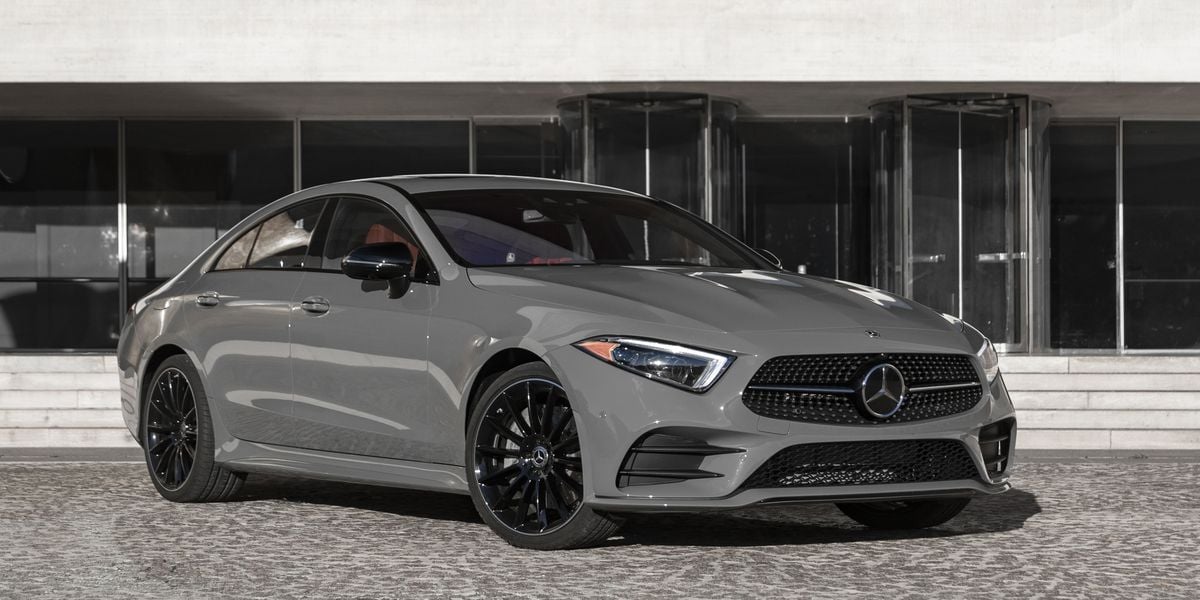