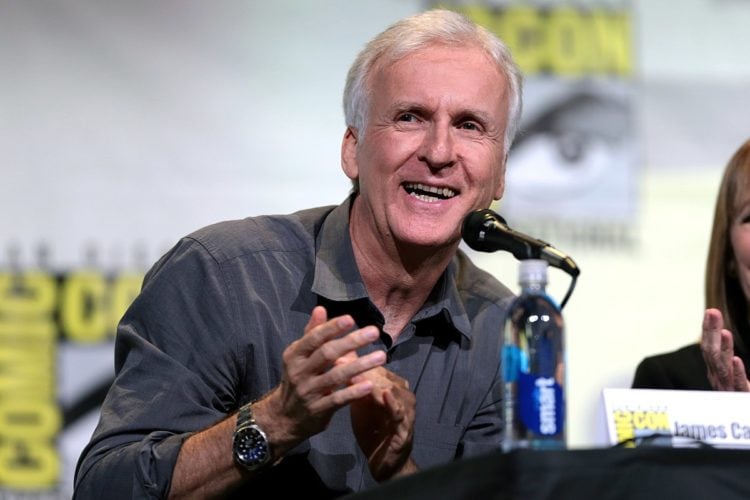 Canadian filmmaker James Cameron has enjoyed huge success in the film industry, and he is particularly well-known for his work in the science-fiction genre. He is now so famous that his name is often attached to the title of his films, which is always a sign that someone has made it in the industry. Now, it is estimated that James Cameron has a net worth of $700 million, so how did he get so rich?

Cameron’s Early Life and the Beginning of His Career

Born in Ontario on August 16, 1954, James Cameron moved to California with his family at the age of 17. When he began studying at Fullerton College, he initially studied physics before switching to English. However, he had dropped out within a year and began working several jobs, including working as a truck driver. Biography.com says that Cameron began making his first moves to get into the film industry while working as a truck driver as he would spend his time when parked up writing scripts. He also taught himself about special effects during this time.

Watching ‘Star Wars’ inspired Cameron to quit his job as a truck driver and get into the film industry. He wrote a script and raised money for equipment to make his first film ‘Xenogenesis’, which he released in 1978. While he continued to educate himself about filmmaking and learning new skills, he worked as a production assistant. He then got a job as a miniature modelmaker at Roger Corman Studios, where he had the chance to learn about producing low-budget films. Cameron became an art director for the film ‘Battle Beyond the Stars’ in 1980 and then worked on special effects for the 1981 film ‘Escape from New York’. He then contributed to various aspects of design for ‘Android’ and ‘Galaxy of Terror’. Over the next few years, he contributed to several other films and gained more experience in the industry.

Cameron’s big break was writing ‘The Terminator’. After writing the screenplay, he had some trouble finding a company that would let him direct the film. Fortunately, Hemdale Pictures gave him a chance. This film was a commercial success and it spawned sequels. Therefore, Cameron was making his mark in the film industry. His next big success was ‘The Abyss’, which was released in 1989. He had come up with the idea for this film while he was still at school. As it cost over $40 million to make, it was considered a high budget movie for that time. Much of this cost was linked to the filming methods, as many scenes were shot at great depths underwater.

By the 1990s, Cameron was well-established in the film industry. The first sequel to ‘The Terminator’, ‘Terminator 2: Judgement Day’, was released in 1991. This further secured him as a major player in filmmaking. This was followed by the release of ‘True Lies’ in 1994. Made on a budget of $115 million, this movie made $378 million at the worldwide box office. It also won the Academy Award for Best Visual Effects. His next success was ‘Strange Days’, released in 1995. However, ‘Titanic’ was his best film of the 1990s. Released in 1997, ‘Titanic’ became only the second film to achieve over $2 billion at the worldwide box office as its box office figures hit $2.18 billion worldwide. This film received multiple awards.

His Work Since the Turn of the Millennium

Cameron’s career took a different direction after the turn of the Millennium. He had wanted to make the ‘Spider-Man’ film but was unsuccessful. He had written the original screenplay, but Columbia Pictures hired David Koepp to rewrite the story and the only credited Koepp when the film was released. Following this, Cameron decided to venture into television work. He created the character Dark Angel, which became a television series. Jessica Alba played the lead role. Cameron also worked on multiple documentaries between 2002 and 2012. Most of these had a science film, although some covered other topics. In 2009, James Cameron’s biggest success was released. This was the film ‘Avatar’, which became the highest-grossing film of all time as it took $2.74 billion worldwide. This film was nominated for nine Academy Awards, of which it won five. The only film he has released since is the film ‘Sanctum’ in 2011. He is now working on a series of three Avatar sequels. It is expected that the first of these will be released in late 2020.

According to Celebrity Net Worth, James Cameron is now worth $700 million. He has earned this money entirely through his work in the film industry. His wealth means that he has luxurious properties in both Malibu, California, and New Zealand. It also means that Cameron has the privilege of spending his free time enjoying his favorite activities. These include deep-sea diving and supporting environmental causes.

In his personal life, James Cameron has been married five times. His first wife was Sharon Williams who Cameron was married to between 1975 and 1984. He then married Gale Ann Hurd in 1985, but they divorced in 1989. His third wife was Kathryn Bigelow, and they were married from 1989 to 1991. In 1997, he married fourth wife, Linda Hamilton. From this marriage, Cameron has a daughter, Josephine, who was born in 1993. His relationship with Hamilton was very up and down, and they first separated after only eight months together. They announced their divorce just days after Cameron has won an Oscar for ‘Titanic’. The divorce settlement Cameron was forced to pay totaled $50 million. Hamilton later revealed that they had divorced because Cameron had an affair with Suzy Amis, who become Cameron’s fifth wife in 200. With Amis, Cameron has a son and two daughters, and the couple is still married.

20 Things You Didn’t Know About WorkBoard