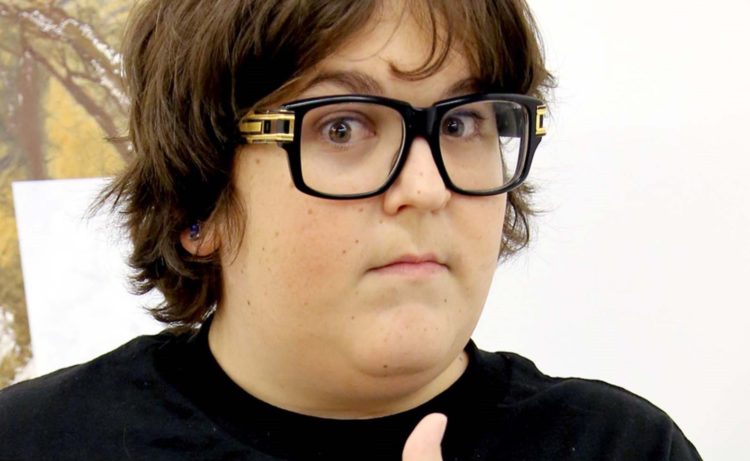 Andy Milonakis is an American rapper, comedian and actor who has built a fortune with his talent. His estimated net worth as of early in 2018 stands at $2 million. The forty-two-year-old has spent his professional career keeping American entertained and he’s done fairly well for himself, but how exactly did he make his fortune?

Andy is a native New Yorker and was born in Katona in 1976. He had his share of struggles because he was born with a medical condition that actually helped him to stand out from the crowd. A deficiency in growth hormone altered the course of his physical development and it caused him to look and sound like he is a young boy, even at his current adult age. Bullying was an issue as he was growing up, but instead of letting it get him down, he turned to humor as a way of dealing with it. His chosen defense mechanism was effective and he went on to build a career from his talent for making people laugh.

Preparing for a career

Milonakis aspired to be a professional comedian from a young age. After high school, he realized that if he wanted to make his dream a reality, he would have to put in the time and effort to make it happen. He attended the Upright Citizen’s Brigade Theater where he took classes. He had a lot of initiative.

The career he forged

Andy Milonakis began his career working as a tech support worker at a New York City accounting firm. He was making a living and it allowed him some spare time to work on his real passion. In the late 1990s, he started making sketches and humorous videos and he posted them on “AngryNakedPat.com,” the website of a friend. He began doing some freestyle rapping as well as making short films. When one of his videos went viral, he gained the attention that would change the trajectory of his life. After receiving more than 100,000 views in a 24 hour period, he was noticed by people in the television industry and it wasn’t long until he was invited to make special appearances on television talk shows such as “Jimmy Kimmel Live” and others. In 2005, he got his own MTV TV show “The Andy Milokanis Show.” The following year, he launched his own YouTube channel. He’s appeared by invitation on many television shows and YouTube channels since then. He’s also hosted a variety of celebrities on his own show. Among them was Hilary Duff, Shaun White, Snoop Dogg, and Lil’ John.

Milonakis was also invited to appear in several music videos by famous rap artists. He was seen in videos with Dirty Nasty and Riff and he even formed his own hip-hop group that featured a comedic approach to the music called “Three Loco.” The group performed until 2014 but Andy wasn’t done rapping. he took up with Keef for a brief period of collaborations but they were successful.

Andy’s YouTube channel became a profitable venture. In addition to this, his rapping career was also successful with his published work “The Andy Milonakis Rap” becoming official in July of 2011. Today, he’s still a member of the group of rappers including Simon Rex Cutright (Dirty Nasty) along with Horst Christian Simco (Riff Raff) and they put out “Dumbells” in 2014. His recurrent role in Comedy Central’s Kroll Show and hiss 2016 role in “Future Worm” have been just a few of the many jobs that he lists in his current portfolio. He’s been a busy man and in case you’re wondering how he ever made two million bucks by being funny, this is how he did it.

Andy Milonakis is a talented guy. He’s genuinely funny and its evident in his comedy sketches, his YouTube channel and in the funny rap trio he helped to create. On a more serious side, He’s had some obstacles to overcome in his life and they haven’t impeded his progress one bit. Milonakis has achieved a level of success that many people only dream of. Can you connect it with his health condition? Perhaps it gave him the inspiration to move forward, but the odds are that his personality would have shined through with or without the extra prodding.