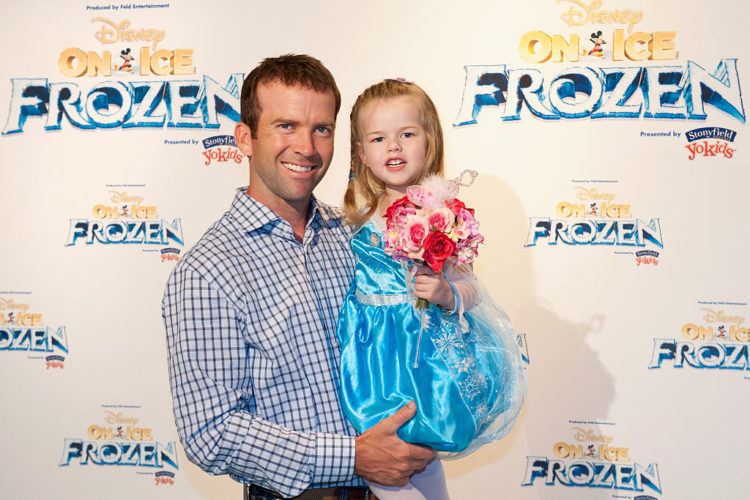 Lucas Black is an American actor. Generally speaking, he is known for his appearances in TV shows. However, Black has been in a surprising number of movies as well. As such, it is no exaggeration to say that he has managed to build a successful career for himself in a rather competitive field.

What Is Lucas Black’s Net Worth?

As such, Black has managed to make a fair amount of money for himself. Celebrity Net Worth estimates that he has a net worth of approximately $8 million. Chances are good that this isn’t a perfect prediction. However, unless it was based off of something extremely wrong at some point in time, it should be enough to provide interested individuals with a general sense of things.

How Did Lucas Black Reach His Net Worth?

Background-wise, Black was born in Decatur, AL to an office worker and a museum employee. After which, he was raised in Speake, AL. He finished high school. However, it is interesting to note that Black got started in acting at a young age. To be exact, Black was either 11 or 12 when he was cast in The War, which tends to be remembered because of Kevin Costner as well as Elijah Wood. For those who are curious, said movie focused on a number of characters, with one being a Vietnam veteran suffering from PTSD and two others being his twin children. Black’s role was a minor antagonist to the twin children. Still, his character had a name, which isn’t something that can be said for every role in every movie.

After that, Black showed up in a number of other roles in a number of other projects. To name an example, he was in 22 of the 22 episodes of American Gothic, which was a horror show that was broadcast on CBS from 1995 to 1996. Given the number of episodes in which he appeared, it should come as no surprise to learn that he was rather important in that show. To be exact, Black played an orphan named Caleb Temple, who was often tempted into joining with his evil biological father Sheriff Lucas Black who wanted to raise the character in his own image. Similarly, Black was also in movies such as Sling Blade and The X-Files. His role in those movies weren’t very important. However, it is interesting to note that he played the lead in a made-for-TV movie called Flash that was shown on The Wonderful World of Disney. In that one, he was a boy named Connor Strong, who became strongly attached to the titular horse for sale. Unsurprisingly, a number of obstacles come between them, but in the end, they are able to achieve a happy ending by overcoming every single one of those obstacles.

Black continued appearing in movies throughout the 2000s, which included a number of rather well-known ones. One, he was in Cold Mountain, which was about a Confederate deserter heading home for the purpose of reuniting with his lover. Two, he was in Friday Night Lights, which was about a high school football team that was much beloved and thus much supported by their hometown. Three, he was in Jarhead, a movie about the Gulf War that was released in a time when the United States was fighting in Iraq. Besides these, Black was in some indie movies as well. For example, he was a piano prodigy in Killer Diller. Similarly, he was a mentally-ill hitch-hiker in Deepwater. Having said that, Black might be best-known in this period because of his role as Sean Boswell on The Fast and the Furious: Tokyo Drift. After all, Boswell was the protagonist of the movie even if the movie itself was something of a low point for the franchise, so much so that its future was actually in doubt after its lackluster performance.

In any case, Black went on to appear in even more projects. However, a lot of people will be most familiar with him in the 2010s because of his role as Christopher LaSalle on NCIS: New Orleans. After all, those police procedural might not be the highest projects that can be found out there. However, they capture a surprising number of eyeballs, which in turn, means that their cast members are recognizable to a lot of viewers out there. In any case, Black was a main member of the cast for a total of six seasons before he made a decision to leave for the purpose of spending more time with his family. NCIS: New Orleans continued on after that, but not for too long, seeing as how it wrapped up with a total of seven seasons. Besides this, Black’s most notable projects in recent times would be his new involvement with The Fast and the Furious franchise, which is doing remarkably well for something that started up in 2001. Naturally, he is playing the same character as before, though his narrative importance is much, much reduced than what it was in his initial movie, so much so that his first time back was essentially a cameo. Still, Black has been in two more movies in the franchise so far, with one being Furious 7 in 2015 and the other being F9 in 2021. He would’ve been in The Fate of the Furious as well but that was made impossible because of scheduling conflicts caused by his obligations as a main member of the cast on NCIS: New Orleans. Currently, it is expected that Black will show up in both the 10th and the 11th movies in the franchise, which are expected to come out in 2023 and 2024.

Summed up, the source of Black’s wealth isn’t exactly mysterious. He has been acting since he was a child, which is notable because he is now on the verge of entering into his fifth decade of life. Granted, Black has never made it to the very top of his chosen profession. However, he has nonetheless done very well for himself, which when combined with his consistency, explains much about the $8 million estimate for his net worth.