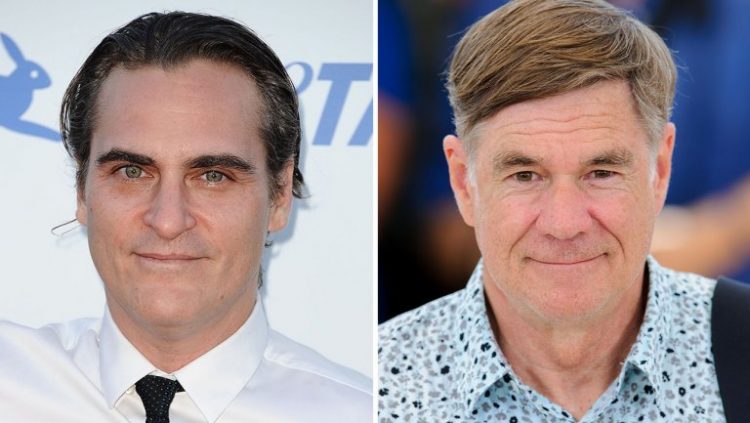 John Callahan was a quadriplegic cartoonist whose works were humorous, frank, and polarizing. In his career, he experienced both tremendous support and criticism. While some found his hilarious take on normally taboo subjects like race, religion, and disabilities refreshing, others found his work to be overly crass. Regardless, his work inevitably evoked strong reactions from people on both sides of the argument. An film adaptation of Callahan’s memoir is currently being created, helmed by director Gus Van Sant and lead actor Joaquin Phoenix. When one understands how moving and difficult Callahan’s life was, it is obvious why his memoir deserves the Hollywood treatment.

Callahan’s childhood and formative years directly influenced his career in ways that are both sad and inspiring. He was born on February 5, 1951. While still an infant, he was adopted from an orphanage in his hometown of Portland. David Callahan adopted the boy, and would end up having five other children.

John grew up in Dalles, a city just outside of Portland. As a child, he attended Roman Catholic schools. His early years would forever change him, for several reasons. One impact that his schooling had on his life was that it developed his fondness for creating humorous caricatures of his teachers. It was quite early on that he found he could express his humor and unique perspective through artwork.

The other impact of his school years was far more upsetting. At only eight years of age, Callahan was sexually abused by a female teacher. This experience not only darkened his worldview and caused him severe mental anguish, but it also led him on the path of self-destructive behavior that defined his early adulthood.

After suffering sexual abuse at the hands of his teacher, Callahan turned to alcohol to cope with the lasting emotional damage. He reportedly began drinking heavily at age twelve. He would continue to live from drink to drink throughout his teen years, while also using drugs.

In 1972, his lifestyle finally caught up with him in a horrific car crash. The 21-year-old had been out for a night of heavy drinking with a friend when they chose to get in their car and drive. Although he was not driving, his friend was intoxicated as well. Callahan’s life was forever changed because of this poor decision.

His friend slammed the car into a pole at 90 miles per hour. The impact caused Callahan’s spine to be severely damaged. The injury left him a quadriplegic, paralyzed from the diaphragm down. Even his upper body mobility was extremely limited after the crash. Thus, at only 21 years of age, Callahan had experienced sexual abuse and suffered the consequent emotional damage, turned to alcohol and drugs, and suffered a spinal cord injury. His life seemed defined by pain and struggle.

Eventually, Callahan was able to free himself from the grip of alcoholism. He attended AA meetings, and reportedly gave up drinking at age 27. In fact, he was highly motivated not only to express his dark worldview, but also to improve his craft and mind. Before passing away, Callahan was enrolled in a master’s of counseling program at Portland State University.

After rigorous physical therapy, Callahan recovered enough from the injuries of the wreck to make a living. Although his mind was the source of his cartoons, the physical limitations he was left with dictated some of his artistic style. This is because after the wreck, Callahan was forced to use both hands to draw. This meant that his artwork was simplistic and rough, although it was easy to read.

His cartoons generally used a humorous twist to examine macabre and taboo issues. They would consistently make light of such issues as race and disability. Examples include the cartoon after which his autobiography is named, which featured a sheriff and deputies looking at an empty wheelchair with a caption that read “Don’t worry, he won’t get far on foot.” He also drew a cartoon which was of the “Anorexic Café,” upon which was a sign that read “Now Closed 24 Hours a Day.”

These cartoons brought Callahan both immense praise and great criticism. At the height of his popularity, his work appeared in over 200 publications across the world. However, many of these newspapers received complaints or faced boycotts because of the cartoons. Callahan paid little attention to such objections, however, and continued producing cartoons that expressed his unique worldview and sense of humor.

Later in his life, Callahan made use of his other artistic talents. Perhaps most notably, he revealed to the world his considerable musical talent when he released a CD in 2006 titled Purple Winos in the Rain.

In this CD, Callahan displayed the wide range of musical abilities that he possessed. He both wrote and sang the lyrics, as well as playing the harmonica and ukulele. Despite suffering such significant and long-lasting physical injuries in the crash, Callahan was able to create incredible music with both his voice and instruments.

His work was reviewed and praised by several publications. The Independent stated that Callahan’s music was dark and beautiful. Clearly, his intelligent and haunting perspective on the world could be expressed through both cartoons and songs.

Sadly, Callahan passed away on July 24, 2010. He was only 59 years of age. The cause of his death was held to be respiratory problems that were compounded by his quadriplegia. He had a surgery the year prior and never fully recovered.

In his lifetime, John Callahan touched the lives of thousands. His work, although offensive to some, was passionate, honest, and moving. He was unabashed in mocking just about anything or anyone. His work brought him a great deal of fame, including notable fans like Robin Williams.

Callahan is inspiring not only for his work, but also for managing to overcome such tremendous difficulties in his early life. One could argue that the sexual abuse he suffered as his child dictated the rest of his life. The abuse led to substance abuse, which led to a horrific accident that left him disabled. Incredibly, though, Callahan endured all of these trials and emerged a great success. At the end of his life, he was a famous cartoonist who had stopped drinking and was pursuing higher education. To have this type of success after facing such a difficult youth is almost too impressive for words.