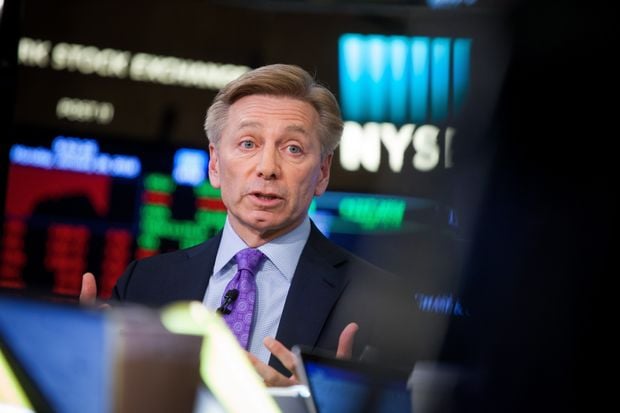 At the beginning of 2018, coffee manufacturer Keurig Green Mountain announced its merger with the Dr. Pepper Snapple byGroup. Robert “Bob” Gamgort has served as Chief Executive Officer of Keurig Green Mountain since 2016 and had a lot to do with the merging of beverage companies. As of the merger, Gamgort was immediately appointed as CEO, President and Executive Board Director of the newly formed company, Keurig Dr. Pepper (KDP). Bob Gamgort has led a successful career managing several leading companies, particularly food and beverage industries in executive positions. Gamgort serves on several boards and as a trustee for several foundations. He is sure to lead a successful transition in this new endeavor. Here are 10 things you didn’t know about Robert J. Gamgort.

Keurig was founded in 1992 by two friends who met in college in the 1970’s, John Sylvan and Peter Dragone. Sylvan and Dragone had a vision to help college students all over the world: a one cup coffee brewer for their dorm rooms. The created the Keurig brewing system that brewed great one cup coffees using a “K-cup”. The company was merged with Green Mountain in 2014 and became one of the top-selling companies in the coffee and other hot and cold beverage industries.

One of America’s favorite and original soft drinks, Dr. Pepper, was introduced by Charles Alberton in Waco, Texas in the 1880’s. The brand has enjoyed a prolific presence in the soft drink market throughout the world. Snapple was one of the original tea and juice bottled drinks which became a company in 1972. In 1998 Dr. Pepper and Snapple united to become one of the world’s leading cold beverage companies.

Robert J. Gamgort was born on August 15, 1962 in New Jersey. He received his Bachelor of Arts Degree in Economics from Lewisburg, Pennsylvania’s Bucknell University and studied at the London School of Economics. Gamgort went on to earn his Masters of Business Science from the Kellogg Graduate School of Management at Northwestern University. Bob has lived in Mendham, New Jersey since 1998 with his wife, whom he met in undergraduate school, and their two sons.

In his seven years as CEO of Pinnacle Food, Inc. Bob Gamgort helped the company grow and also helped market the company into a new era. Bob Gamgort saw the need to market Pinnacle Foods, Inc. with more healthy food options. Today, most people are more interested in finding healthy food options at the grocery store than anything else. Pinnacle Foods, Inc. includes many popular brands that are changing with the times including Duncan Hines, Wishbone, Bird’s Eye, Mrs. Pauls, Van de Kamps, and brands that deliver gluten-free options including Smart Balance and Glutino (pinnaclefoods.com).

In addition to his Executive Board position with Green Mountain Dr. Pepper, Bob Gamgort serves on other company boards. He serves on the Board of Directors of Gluten-Free food manufacturer, Boulder Brands, Inc. Gamgort has served on the Board of Directors for retail distributor Wayfair Inc. since 2016. Prior to that, he served on the Board for Pinnacle Foods from 2006 through 2009. Bob Gamgort also serves as a trustee for several organizations. These include Shiff-National Lands Trust, the New Jersey State Employment Training Commission, Bucknell University, the Grocery Manufacturers Association and Morristown Memorial Hospital.

Bob Gamgort currently has a net worth of nearly $5.13 million. The majority of his worth is through his salary with Keurig Dr. Pepper. Serving as the Executive of the Board, President and CEO of the company since 2016 has earned him $4,247.430. In addition, Gamgort owns 2,850 shares of stock in the company. This is valued at $880,545.