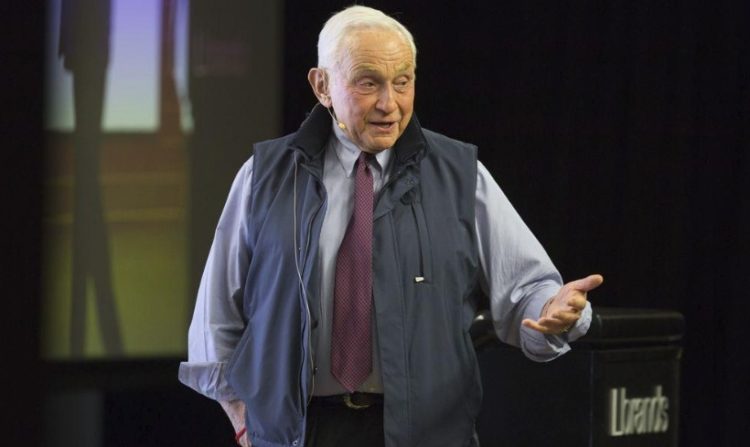 Accumulating wealth demands hard work and making smart decisions for every business owner. Building a company from scratch and letting it survive for over 50 years is an accomplishment that most entrepreneurs are not lucky to make. Leslie Wexner has distinguished himself from the rest by starting a business before he hit 30 and growing it into a multi-billion dollar company. L Brands CEO Leslie Wexner was, however, only able to do this in the course of helping his parents. He has a fascinating story and here are ten things about this man who has a current net worth of $4.7 billion.

In 1951 Leslie’s parents, Bella and Harry Wexner, started Leslie’s, a small clothing store, in honor of their son. Leslie worked as a clerk in the store from 1961 to 1963 and one day when his parents were away for vacation, Leslie compared the profit margins of the women’s clothing. His analysis revealed that blouses, though low-priced, had higher turnover than the expensive counterparts such as jackets. Although Leslie told his father of the new revelation, his father did not adjust the store’s inventory.

Leslie, seeing that his father was not interested in making changes decided to open a store, Limited. The name “Limited” was because the business operated on limited merchandise, women’s sportswear only, which had a higher profit margin due to turning over quickly. On the first-day, Limited’s sales were $473, and by the time the year ended, sales had catapulted to $160,000. All this he did with the help of his aunt who gave him an open-ended interest-free loan of $5000, to use as collateral.

3. Leslie is a philanthropic man

Leslie and Abigail his wife founded the Wexner Foundation which is funded through the Wexner Family Charitable Fund. The Foundation has several programs such as The Wexner Heritage Program which educates emerging Jewish lay leaders, the Wexner Graduate Fellowships which awards 24 outstanding individuals who want to pursue careers related to Jewish studies, Jewish Education among others.

Leslie owns a superyacht called Limitless, unlike his business, Limited. According to Leslie, Limitless is on high seas the biggest US-flagged boat, and he uses for his holidays on the island of Capri.

5. Leslie’s parents worked for him

When Leslie left his parents’ business to open his own, Leslie’s was left struggling, and it closed down in 1964. His parents then joined him at Limited to work for him.

6. He is the longest-serving CEO of a Fortune 500 company

In the words of Wexner, most fashion businesses last for only 15 years but he has surpassed that limit by being in business till now. As for retail chains, the typical business survives for 20 years or 30 years at most, regardless of what they are selling. Leslie has however beaten these caps by being in charge of L Brands for 55 years, making him the longest-serving CEO of a Fortune 500 company. He attributes this survival to the fact that he reinvents himself to the evolving needs of his customers.

7. He served on Ohio State University Board

Leslie served on the Ohio State University’s board of trustees from 1988 to 1997. He proceeded to serve for a second term in December 2005, and in 2009 he became the chairman. In the spring of 2012, Leslie stepped down from his chairmanship, although his appointment would have lasted for another eight years.

8. Leslie changed his business from The Limited to L Brands in 2002

After operating for almost twenty years under The Limited, Leslie decided to change the name of the company to Limited Brands to symbolize the focusing change from specialty store development to brand recognition development. Leslie even sold Lane Bryant to complete the revamping process he had undertaken as a result of a decline in the sale of women’s clothing.

Victoria’s Secret was founded by Roy Raymond, and when Leslie made his first visit to the store, the Victorian atmosphere intrigued him, and he wanted to meet the owner, who declined. Unfortunately, Victoria’s Secret ran into financial struggles, and that is when Raymond offered to sell it to Leslie for $1 million.

10. Leslie expanded his business outside of the US in 2007

After limiting its operations to the US for 44 years, L Brands expanded to Canada in 2007 by buying La Senza for $628 million. L Brands continued expanding to duty-free areas of major international airports, and in 2012, it established its first store UK store. The UK stores quickly grew to reach 15 by 2016, and it currently has other stores in the Middle East and China