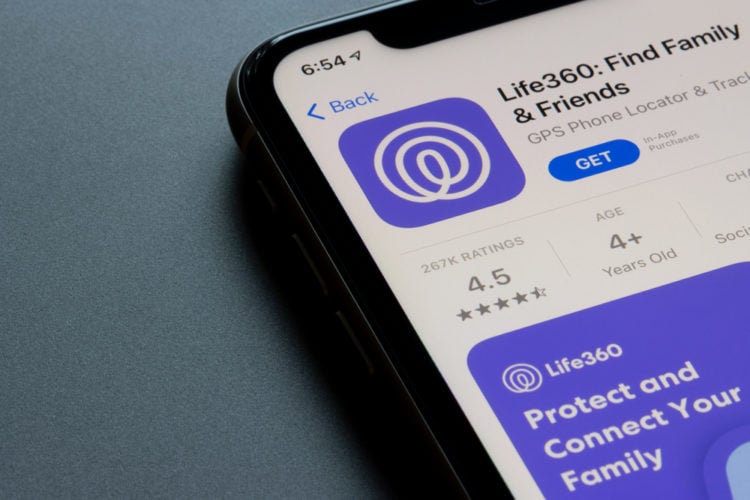 Life360 is a business startup that uses advanced technology to provide family and individual safety. The app is becoming one of the most popular people-tracking solutions to help families know where their loved ones are at all times. The California-based company is growing at an impressive rate and it’s on the fast track for success in the technology industry. Here are 20 things you didn’t know about Life360 to help you become more familiar with this exciting new startup that’s taking the communications industry to new levels.

According to Wikipedia, the intention behind the Life360 app is to help create a family of social networking by allowing family members and friends to share their precise locations. With the rise in crime rates and numbers of people going missing and falling victims to crimes, it’s useful for helping loved ones to know where their family members and friends are at all times.

The Life360 app is not new. It’s been in use since its initial launch in 2008. The Life 360 company was established by its founder Chris Hulls and its co-founder Kailash Ram in 2008. The app and the business have been in operation for 13 years. Kailash Ram also serves as the executive director of Life360.

Life360 received monetary compensation as well as a prestigious award the first year that it was in operation. When the app was new on the market, it received an overwhelmingly positive response. It became the recipient of the 2008 Android Developer Challenge sponsored by Google, which also came with a $275,000 grant to sweeten the pot. Life360 also won the Readers Choice Award from About.com, citing it as the “Coolest Parenting Teens Gadget” winner. It also received a people’s Voice Award for Best Use of GPS or Location Technology, delivered at the Webby Awards in 2012.

The Life360 app is both web and mobile-based. It provides users with a different kind of service that differentiates it from other similar apps. It is classified as a social network for families rather than a peer group or professional-based network, like some others. It provides users with the option for sharing their locations. The four unique features of Life360 are its Circles, location sharing, Places, and Premium. Users may send group messages and allow select persons in their network to see their locations.

Some have taken reception with the Life360 app because of concerns about its tracking platform. Some parents use the location sharing feature to track their children, both adult and teenage in ways that could be construed as emotional abuse as well as invasions of their privacy. There are pros and cons associated with an app that tracks the whereabouts of an individual.

The Life360 app is offered in multiple different languages. This makes it useful for people from all walks of life to keep tabs on the whereabouts of those in their social networks. It is available in a choice of 8 languages. These include Indonesian, Portuguese, Italian, Korean, German, English, and Spanish.

The four features offered through the Life360 app make it useful for a variety of applications and situations. Although the main feature is for location sharing, it does so much more. The location-sharing feature allows users to open the app to see where members in their social network are physically located instantly. One of the benefits of the app is that each user can decide whether to share their location or not. They can also determine who they wish to share this information with at any point in time. The Circles feature was released in 2013. It allows users to create separate groups within their social network. For example, you can create customized groups for friends, organizations, family members, and more. By choosing a circle, you can designate this group to know you’re precise location. Everyone in the circle has the option of whether or not to show their location. The Places feature allows you to create geofences. When a member in your network enters or leaves another location, you may opt to receive alerts. The Premium feature makes it possible for members using the otherwise fee app to add additional features. These are offered for a premium fee. You can choose to add stolen phone insurance, unlimited creation of Places, emergency roadside assistance, and access to a live advisor 24.7.

9. Life360’s Board of Directors is larger than its executive team

There are currently 14 members sitting on the board of directors, advising Life360. This is double the size of its executive leadership team. Current board members include Bruce Schecter since 2009, as an advisor, James Synge since 2016, board member, Brit Morin since 2018, Mark Goines, Owen Tripp, advisor since 2012, Roy Ng advisor, David Wiadrowski board member, and Chris Hulls board member.

Life360 qualifies as a tech company because of the numerous complex technologies that combine to run the website and the app. The app currently uses 77 active technologies to power its website, dispersed through 50 different technology products and services. The site/app uses HTML5, Google Analytics, jQuery, Viewport Meta, iPhone/Mobile Compatible, SPF, and dozens more. This type of technology is expensive and it adds to the overhead costs for operating the company and maintaining a smooth user experience for the app.

11. The Life360 app is being downloaded by millions

The statistics that show usage for the Life360 app yield an impressive number of downloads of the software and monthly visits for the company. The most recent statistical data shows that over the past 30 days, there as been 2,461,326 downloads of the software made. The average number of monthly visits is 1,717,995. The download rate is higher than the monthly visitor counts which suggests that in addition to those who are re-downloading or upgrading their services to a package, there is a high conversion rate among new visitors to the website.

So far, Life360 has raised $123.6 million in funding in a series of 13 funding rounds. The most recent round closed on October 16, 2008, in a Series D round of funding. Before going public, the company secured a total of 36 investors including Regal Funds Management, Sunstone Management, and several others.

Life360 purchased a company called Foundog on March 23, 2010. This was its first acquisition. Foundog is a company that provides next-generation promotional products. It is designed to create unbeatable brand awareness. It also delivers on its promise of measuring leads, sales, and return on investment statistics.

On October 21, 2014, Life360 acquired a company called HelloWorld for an undisclosed purchase price. HelloWorld is a simple app that is used for making local connections. The acquisition helped Life360 to expand its services with the technology and staff members gained from the purchase, but it also helped to eliminate one more of its competitors in the market.

On August 27, 2015, Life360 acquired Chronos Mobile Technologies. This was a strategic move that provided Life360 with a subsidiary in the San Francisco area that builds contextually aware mobile apps. It added to the workforce of the company with experts in the development of mobile apps that uses cutting-edge technologies in their creation. The amount of the purchase has not been disclosed.

Life360 also acquired Couple on February 12, 2016. The Couple enterprise was acquired for $4.2 million and provides users with technology for text messaging video, photo sharing, and sketching adding yet more dimensions to the products and services offered by Life360. On November 6, 2019, Life360 made its fifth acquisition, purchasing the ZenScreen company for $700,000. This company provides an app that offers to monitor and improve a digital diet in a balanced manner using artificial intelligence-powered technology. The company is based in San Jose, California. Life360 made its most recent acquisition on April 27, 2021. It acquired the Jiobit company for a cost of $137 million. Jiobit is a company that manufactures electronics. The Chicago, Illinois-based business is credited with the development of the longest and smallest self-learning location tracking devices and technology in the world today. This brings the total number of companies acquired by Life360 to 6.

People who use Life360 can benefit from the safety that it provides, but as with any type of technology, it has its downsides. Gauntlet reports that a growing number of teens vented their frustration about an app that shows your every movement regardless of how slight it is. It tracks you when you slow down or speed up and it also supplies viewers with a time log that tells them how long you are at each place, and when you leave. It allows others to hover over you and spy on your every move in a total invasion of any semblance of privacy. It is akin to having a stalker, or several stalkers in some cases.

According to Let Grow, some teens and college students have reported that the app has caused hard feelings and damage in their relationships with parents. Parents attempting to co-parent with exes and new spouses find reasons to start fights over their children’s locations. Teens feel like their parents don’t trust them. Instead of fostering communications, it causes more conflicts and refusal to talk openly. Some parents of college students use it as a long-distance tool to control their kids’ lives by threatening to cut off finances if they don’t use the app. It’s caused its fair share of anxiety and resentment.

According to Tech Crunch, Concerns over privacy violations by use of the Life360 app resulted in the company taking action to help alleviate user concerns. Some parents took the notion of total awareness too far and turned the app into a means of surveillance. While some are well-meaning and are only interested in their kids’ safety, others who may have obsessive and controlling tendencies used it to take away all privacy and created a hostile and even emotionally abusive situation. Criticism of this potential downside of using the app promoted Life360 developers to take corrective action. They developed a new feature that is called Bubbles. The Bubbles allow for kids to set the app to show their approximate location and they can set it to map their location within a radius of 1 to 25 miles. This is a new feature that is designed to respect the privacy of all users while still providing safety and peace of mind for parents. Although parents won’t know the exact location of their kids, they will be able to see the approximate location within the bubble.

20. Life360 is a publicly-traded company

According to CNBC, Life360 was a venture capital-backed company that decided to go public. It filed its IPO with the Australian stock exchange. The co-founders made this decision to take the $764 million company to the Australian exchange because it offered cleaner terms than the US market.