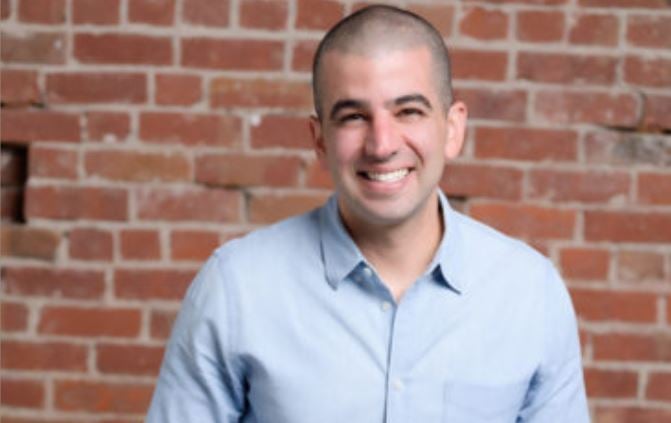 Lior Susan is a serial entrepreneur whose very first business, Intucell, managed to do well enough to attract the interest of tech giant Cisco. Cisco acquired the company in 2012, but by then, Susan had already moved onto pastures new at the electronics contract manufacturer, Flextronics. While working at the company, Susan founded the hardware investment platform, LabIX. Since then, he’s turned his focus to full-stack start-ups that integrate hardware with software and data. His latest venture is Eclipse Ventures, a San Francisco-based early-stage venture firm committed to bringing physical industries such as manufacturing, healthcare, and transportation into the 21st century via investment and partnership. To find out more, read on for ten things you didn’t know about Lior Susan.

Growing up, Susan lived on a kibbutz in Israel along with his three brothers and sister. The family grew bananas, but Susan always knew the agricultural life wasn’t for him. His grandfather, who was one of the earliest members of the Israel Defence Force, was a huge influence on Susan as a child. Believing that his future lay in the army like his grandfather, he avoided school as much as he could, believing that education was a waste of time in light of his plans.

2. He served in the army

Like all Israeli nationals, Susan was called upon to perform national duty in the Israel Defense Force when he came of age. After enlisting, he was recruited into the Elite Special Forces unit. Susan, like many of his fellow Israeli entrepreneurs, credits the unique experience of serving in the military and the mindset it fosters with the ever-growing number of start-ups to emerge from Israel. His childhood ambition of building a career in the army didn’t, however, come to pass; after 5 years of duty, he left to go into business with his brother.

3. He’s the founder of LabIX

Even before founding Eclipse, Susan had history as an entrepreneur. He’s previously served as the founder and General Partner at LabIX, a hardware investment platform that brings together OEMs, startups, and tech partners. During his time with the company, he was instrumental in leading investments in a wide range of businesses across the hardware ecosystem, including those involved in robotics, energy storage, infrastructure, and manufacturing. He also serves as the co-founder of the AgTech Collective company Farm 2050, which works in collaboration with Innovation Endeavors to address global food shortages. Before moving to Silicon Valley, he helped build Inucell in Tel Aviv. After enjoying early success, Intucell was sold to Cisco in 2012.

In 2015, venture firm Formation 8 entered a hiring phase, bringing onboard various partners and advisers to its existing payroll. One of its new hires was Susan, who joined the firm from Flextronics to identify, invest and advise new and emerging startups in the hardware sector. Susan remained with Formation 8 until the company split.

5. He thinks the future lies in reimagining traditional industries

Shortly after Susan joined Formation 8, the company split. Fortunately, Susan didn’t find himself at a loose end. When the company broke up, he took several of its employees to form Eclipse Ventures. Unlike most venture firms, Eclipse doesn’t think the next big investment opportunity will be another Facebook or Twitter. Rather, it believes the future lies in reimagining traditional industries and using full tech stacks to modernize them for the 21st century. Speaking to Tech Crunch about his decision to take Eclipse in a hardware direction, Susan says “I was living in Palo Alto and was making some angel investments, and I saw most of my friends just looking for the next dating apps. I was like, ‘What about supply chain stuff?’ but they wanted easy stuff that explodes very fast. So realizing that few investors were interested in this opportunity, I decided to do something.”

6. He likes to build

Cast your eye over Susan’s resume and his biggest passion in life becomes abundantly clear. This is a man who loves to build. Whether we’re talking Eclipse Ventures, LabIX, or Farm 2050, launching, developing and growing businesses is something Susan excels at. Speaking to Bright Machines, he explained how his passion for building led him to build his career around start-ups. “My passion is building…from a very young age I liked to build!” he says. “The world of startups is the best playground to build and try to change the status quo. Now that I’m on the investing side, I’m not building companies firsthand, but helping others build their vision. There is nothing better than seeing a vision become a reality. Building [companies] is definitely in my blood.”

7. He doesn’t believe in an AI apocalypse

With AI becoming an ever hotter topic, many people have voiced the concern that robotics may eventually leave humankind redundant in more ways than one. Susan, who has invested in several companies that build and supply robotics for the manufacturing industry, has no such concern. In his opinion, humans will always be an integral part of the process. Robots will simply take over the tedious parts of the process, leaving people to deal with the higher ground.

8. He has a varied investment portfolio

Over the years, Susan has invested in numerous businesses. While all of his investments are in companies that operate within the hardware sector, the companies themselves are incredibly diverse. In their mix are the likes of Bright Machines, Augury, Cheetah, Owlet BabyCare, June Life, InsidePacket, Lucira Health, and Toka.

9. His checks are huge

If you ever come up with a business idea that catches Susan’s attention, count yourself lucky. When it comes to writing checks for companies that float his boat, he doesn’t hesitate at pulling out the big guns. Speaking to Tech Crunch, he explained how his initial investments tend to be around $3 to $4 million. Once the company reaches Series B funding, investments will reach up to $20 or $25 million. If the company has legs and is filling a particularly vital gap in the market, it’s not unusual for Susan to invest up to $150 million over its lifetime.

10. He’s fluent in English and Hebrew

According to his Linkedln profile, Susan is fluent in both Hebrew and Engish. He’s not, however, too good with Mandarin, despite spending 10 months in China when he first began working with Flextronics in 2012.