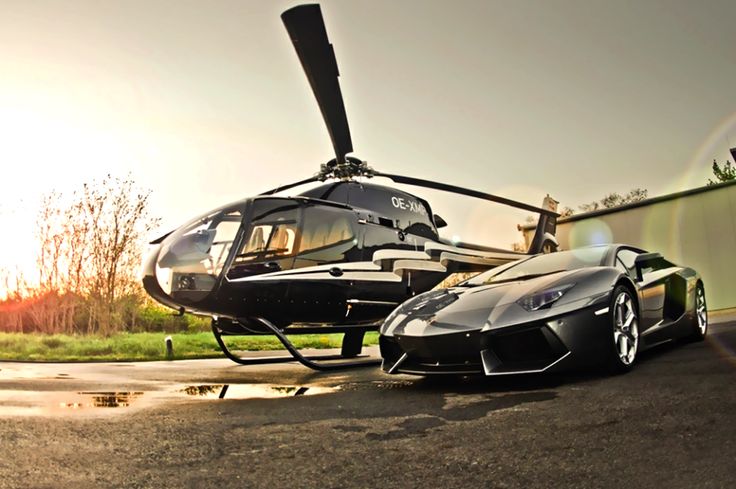 Most people have heard of private and charter jets, but luxury helicopters are the real gems. Not only are these aircraft less expensive, but helicopters can reach places that bulky jets can’t. Having a private or corporate helicopter is convenient, more environmentally friendly, and an ultimate symbol of status. Celebrities including Brad Pitt and Angelina Jolie, Paul Allen, and Donald Trump own them, and this niche market has grown significantly in recent years due to demand from the wealthy.

Here are 10 luxurious helicopters that you probably didn’t even know existed. 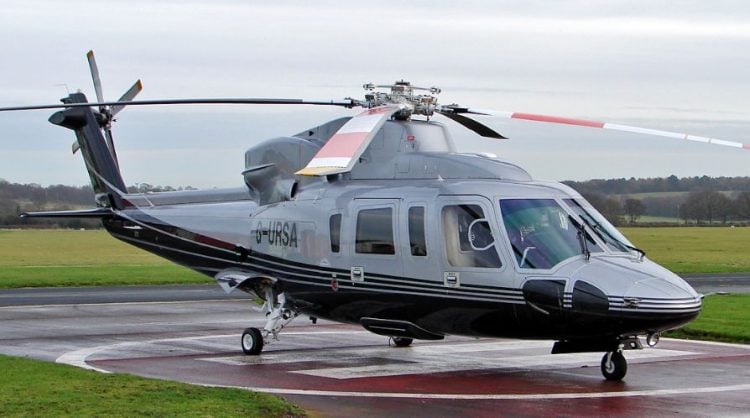 This luxury helicopter isn’t just stylish, but it has exquisite performance. The interior has a wide selection of customization options, from fabrics to woodwork and exclusive trims. Top of the line audio systems, custom bar and snack cabinets, satellite phones, and separate work areas are all part of what makes this ride so luxurious. Sikorsky’s S-76C++ features two turboshaft engines and a super light construction. The executive seating arrangement of this helicopter seats up to eight people and Sikorsky’s signature Quiet Zone technology allows passengers to ride in comfort. The S-76C++ is the choice of many of the world’s dignitaries, including the British Royal Family.

Those who want a roomier executive luxury helicopter often turn to the Sikorsky S-92. It has seating for 10 passengers, a well planned lavatory, galley and closet spaces, and a cabin that’s relatively quiet. Custom options include beefed up exterior armor, satellite phones, and advanced monitoring systems. The presidents and heads of state of more than ten countries around the world have chosen the Sikorsky S-92 for an official mode of transportation because of its great safety features and spaciousness. 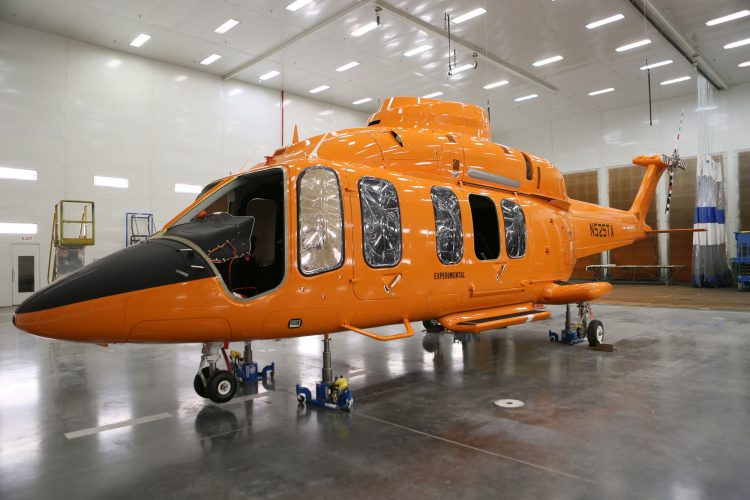 Bell’s 525, otherwise known as the Relentless, is part of the company’s super-medium class of luxury helicopters. Its exterior is sleek and distinctive, and the interior has a generous amount of space and tons of exciting amenities. The Bell 525 has a Garmin G5000H avionic touchscreen, uses a fly-by-wire control system, and has a range of 926 km. This ride seats up to 20 passengers and was engineered for optimal safety. Inside, the cabin is like a high end board room complete with plush seating and a modern look. The AW101 is AgustaWestland’s premiere executive luxury helicopter, and its cabin is the largest in its class. This chopper seats up to 24 passengers and is both wide and tall enough for passengers to walk upright with no problem. This particular helicopter has been tested and proven to be safe and resilient in all types of environments, including the Antarctic and Arctic circles. The exacting technological and safety standards of the AW101 make it a popular choice in the military and government realms, but it’s also available for personal use. One of the most notable and attractive features of the AgustaWestland AW609 is its ability to both take off and land vertically, enabling this ride to reach a wide assortment of locations. This luxury helicopter also flies two times farther and faster than other choppers in its class, reaching cruise speeds of 316 mph and attaining a range of 860 miles. The AW609’s plush cabin provides VIP level comfort and amenities, and depending upon the customization options chosen, it seats 6 or 9 passengers. 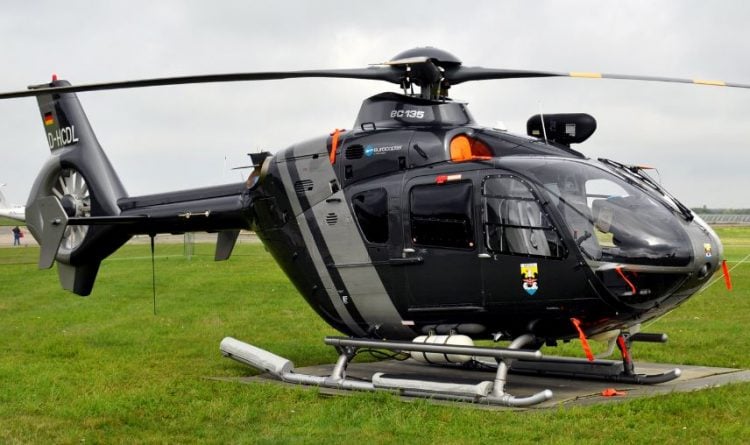 Take world class engineering and combine it with the style of an iconic fashion house, and you’ll get the Eurocopter EC135. The designer version of this luxury helicopter was the result of a collaboration between Eurocopter’s engineers and Hermès, and it is decadent. Hermès signature fabrics, calf leather banquettes and seating, and butter soft leather make this rotorcraft the epitome of stylish. The footprint of the cabin is maximized with hidden compartments, siding doors, and recessed consoles. A glass partition creates privacy by separating the helicopter’s cockpit from the cabin. Even the exterior has nice aesthetics, and this exclusive version of the EC135 is quiet all around. The maneuverability and stability of this chopper is unmatched, and in terms of style, it doesn’t get much better. Eurocopter’s EC145 features a number of seating configurations and is designed to maximize comfort. It has a spacious, quiet cabin that has thick insulation and flooring that dampens vibrations. In addition to a host of safety and aviation features, the EC145 luxury helicopter is packed with amenities that will make any flight more pleasant. Air conditioning, an interactive map, 30 hour music player with slots for six SD cards, BluRay player, XM satellite radio, and a 10.2 inch LCD viewing screen are just some of this ride’s entertainment features. The Eurocopter EC145 seats up to 9 passengers, and its outside visibility is among the best. $10 million isn’t what most people would consider a budget ride, but the Airbus H155 falls into that category. Though it has a relatively low price, this luxury helicopter still has world class features, styling, and safety. It’s available in different seating arrangements, and can hold between 8 and 12 passengers along with 2 pilots. There’s a wealth of in-light entertainment onboard in addition to air conditioning, leather seats, and a cabin that’s the ultimate in comfort. The Airbus H155 can reach a cruise speed of 324km/h, and has a range of 857 km. 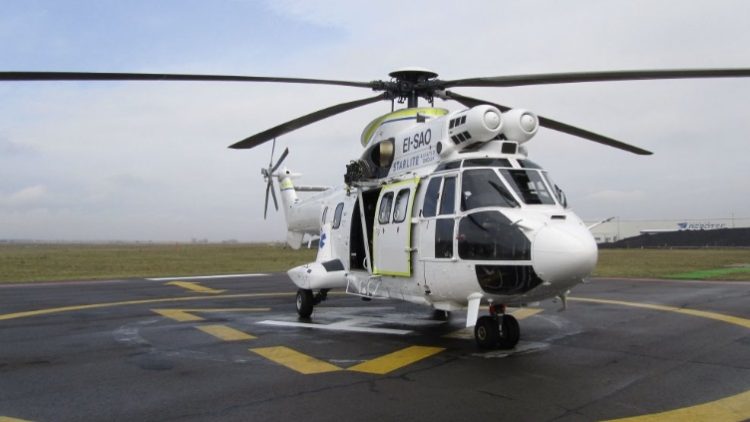 Formerly known as the AS332, the Airbus H215 Super Puma is a brilliant mix of performance and style. It reaches top speeds of 252 km/hour, has a range of 841 km, and this is the luxury helicopter to pick if you need a lot of space and amenities. Not only can the H215 Super Puma hold up to 19 passengers, the cabin can be customized to include a lounge, full bathroom, kitchen, and tons of in-flight entertainment. It’s like having a full office in a chopper.

The Airbus H225 Super Puma is the creme de la creme of helicopters. It’s suitable for just about any purpose you can imagine, and though it’s a bit slower than other rides in its class, the H225 has enough features to make up for it. This heavy lifter is frequently used by offshore drilling companies, search and rescue crews, and wealthy executives. The cabin is super comfortable and the customization options are seemingly endless. 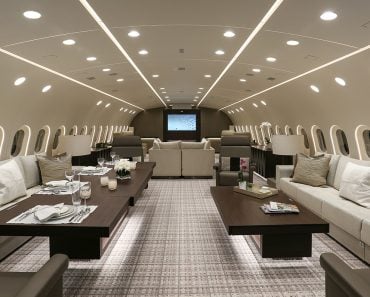