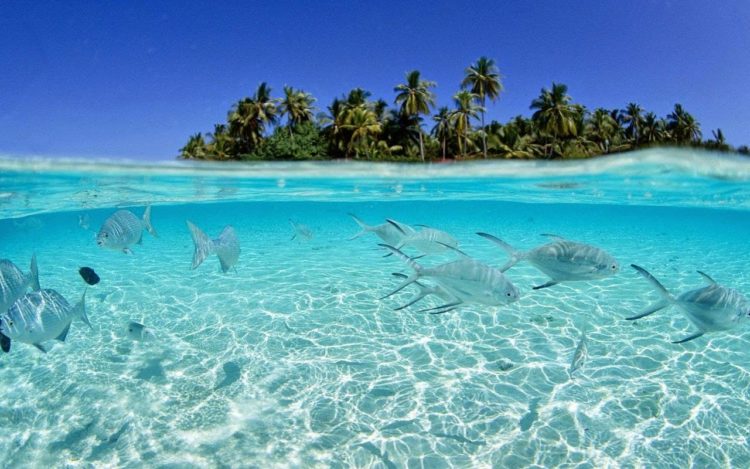 One of the perks of experiencing success at a certain level is being able to exit the world I grew up in to see the world that other people live in that is often completely different than my own. Normally, when you hear people talking about dream trips, they mention the most popular destinations like Cabo, Cancun, the Carribean, Paris, yadda, yadda, yadda. Don’t get me wrong, all of those places are beautiful. In fact, my favorite place to visit is Jamaica. I absolutely love the culture. However, there are some places I have visited that get very little press but have so much to offer in the way of unparalleled beauty and distinct culture.

For instance, the most beautiful sunset I have ever witness was on the shores of Thailand. Actually, Southern Asia and its associated islands are a treasure of beauty and culture. One country that is hardly ever mentioned when it comes to travel destinations is Indonesia, but it has so much to offer, especially the Maluku Islands. Following are 10 reasons why you need to visit the Maluku Islands in Indonesia.

Whether you are talking about the beautiful beaches of the Caribbean, the astonishing beaches in Greece or even the legendary beaches of Rio, there is something about being at a place where land meets water, and the Maluku Islands have some of the most beautiful beaches on the planet. Not only are these beaches pristine, but they are still pure in many ways.

Despite the beauty of its beaches and its remarkable tranquility, these Islands are not typical tourists areas, so that means that you will not have to share them with huge crowds that disrupt your quietude.

I have been fortunate enough to see some of the most beautiful and clear seas on the planet, and the sea surrounding these islands is at the top of the list. For someone who grew up in the South, being forced to spend beach time on the Gulf of Mexico, every time I see blue coasts I get giddy. The seas surrounding the Maluku islands are simply extraordinary.

The Dolphins and Pelicans

The Maluku Islands are very close in proximity to Australia, so a lot of the unique bird life of Australia will drop in on the islands to fish and bask in its rays. Another common encounter is with dolphins who often swim near the shore.

In a world in which everything seems to be industrialized, it is becoming increasingly challenging to find pureness of essence in a place. I am speaking of a place in which not only has the land been preserved but the indigenous culture is still intact. On most of the Maluku Islands, especially Kei, the islands are yet ruled by tribal leaders instead of political parties.

For those of you who believe that Raja Ampat is too costly, the Maluku Islands could prove to be an alternative. Significantly smaller than Raja Ampat and lacking a lot of boats and tourists, it provides a peaceful place to get away from the world.

Gua Hawang is just one of the beautiful cave structures of Kei Kecil Island. During the day the cave waters reflect the sun in an extraordinary way. The crystal blue water is entirely transparent — allowing you to see to the floor of the sea. This is a place where the locals frequently swim to cool off.

Some people like to say that the Maluku Islands are at the end of the world. Well, it is as close as you can get, lying between Australia and Papua. Just imagine how remote and tranquil it is on these islands. The locals are friendly as long as you respect the traditions and the land, and there are no big cities anywhere near the place.

Despite the remote location of these islands, you will still be able to get a mobile signal in some areas. The signal strength on some of the beaches are in and out, but there are solutions for those of you who have to remain connected to the outside world. As a general rule when I am on a getaway, that is actually what I am doing — getting away. I will check my emails once per day, and that is it.

Your Own Little Paradise

To bring clarity to this discussion, the main province of Maluku has more than 65 islands that rest south-east of it. Somewhere in those 65 islands is your personal paradise. Immerse yourself in the culture and rest yourself in the peace of this well-kept secret. Let’s keep this between friends.