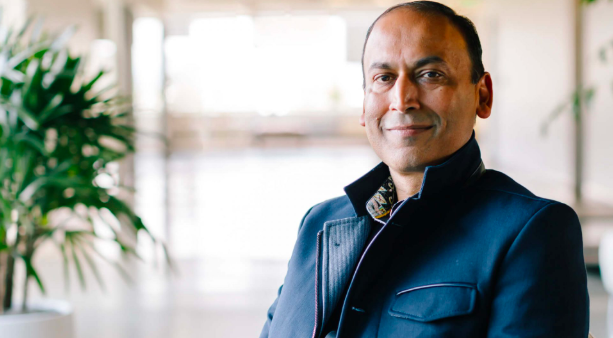 Manish Chandra is the chief executive officer of the company Poshmark. He is a dynamic businessman and entrepreneur who has built an impressive career for himself. He stands as an example of what you can do when you have passion and are willing to work hard and smart to achieve your dreams. Here are 10 things you didn’t know about Manish Chandra that might inspire you to pursue your dreams for the future.

1. Chandra is also the founder of Poshmark

Manish not only serves as the leader of Poshmark, but he is also the person who established the company. He had a dream to be a business owner and in 2011, he launched Poshmark which has become a raging success in a short period. Chandra had previous experience in the business world, serving in leadership positions so this gave him some good ideas of how to launch and run his own company.

2. He has a knack for bringing people together

According to Crunchbase, Manish Chandra built the Poshmark company to bring people together. The business has become the largest social marketplace for people to come together and share their style as well s to buy and sell. The popular online website draws millions of people together for these purposes.

3. Manish is a passionate builder

Manish Chandra is skilled in building communities. he has a passion for creating sites that bring people together in the spirit of common interests. He is good at organizing ideas into workable platforms that can reach out to the masses and let them know that there is a meeting place where they can share their common interests whether it’s to buy and sell or just discussing the things they enjoy. He is a company builder who has a great understanding of the mechanics of building social structures that are appealing to millions of people with similar interests.

Before Manish Chandra launched Poshmark, he founded another popular online company. He founded Kaboodle, which was the first social shopping company. It was such a success that the Harts Corporation made him an offer on the business. He sold Kaboodle to them in 2007, making a tidy profit on the deal, then moved forward to establish Poshmark. This makes us wonder if Manish plans to launch and new companies in the future. So far, his track record for success is quite impressive.

5. Chandra is in-demand as a public speaker

Manish Chandra doesn’t need to earn an extra income because he’s been fortunate in the launch of two very successful companies. According to All American Speakers, there is another aspect to his multipronged career in the business world. Because of his high level of success, other entrepreneurs and business people want to know more about how he accomplished his business goals. What are the secrets of his success? This makes him in high demand as a public speaker.

6. He sets goals and sticks to them

One of the secrets of Chandra’s success is that he has the habit of setting goals and consistently working toward reaching them. We learned from All American Speakers that he habitually spent time each day thinking up sixteen new ideas for Kaboodle when he was the owner of the business. This is the kind of dedication that at least in part, led to the overall success of the company. He is consistent in setting and achieving goals.

7. He was educated in India and the United States

According to his Linkedin page, Chandra attended the Indian Institute of Technology, Kanpur, in India from 1983 to 1987. He studied in the field of computer science and earned his B. Tech degree. He enrolled in the computer science program at the University of Texas at Austin in 1987. He graduated with his MS degree in 1989. he also attended the Univerity of California, Berkeley, Haas School of Business where he earned his MBA in the study of Marketing and Finance in 1995.

8. Chandra was active in extracurricular activities

Manish stayed busy when he was in college, but he also participated in a variety of interesting groups. At the University of Texas at Austin, he was involved with the Mexican Creative Group, the Squash Club, and Taos, CoO. In Berkeley, he was a member of the Beta Sigma Pi fraternity. He was a student senator and student council finance chair at the Indian Institute of Technology, Kanpur.

9. He is an engineer

We also learned that Manish Chandra is a software engineer. He worked for the Intel Corp company from August of 1989 through July of 1990 as a software engineer. He left this post to accept a job as a software architect for the Sybase Corporation in July of 1990. He was employed with this company for 4 years and 9 months, leaving in March of 1995. Manish put the skills and knowledge he gained in college to good use in the computer tech industry.

10. He advanced to executive leadership

Before founding his own companies, Manish Chandra also worked out in the world for other companies to learn about leadership. He was hired by the Versata Corporation in April of 1995 as the vice president of marketing. he served at this post for 7 years and 1 month before leaving in April of 2002. He then joined the Versant Corporation in November of 2002. He served as the vice president of marketing. He was with this company for 2 years and 3 months before leaving in January of 2005. Manish Chandra went out into the world and gained valuable experience to learn how to effectively run a business before establishing his own very successful company. He has a great deal of talent, but he also took the time to build a solid foundation of knowledge and experience before he struck out on his own.