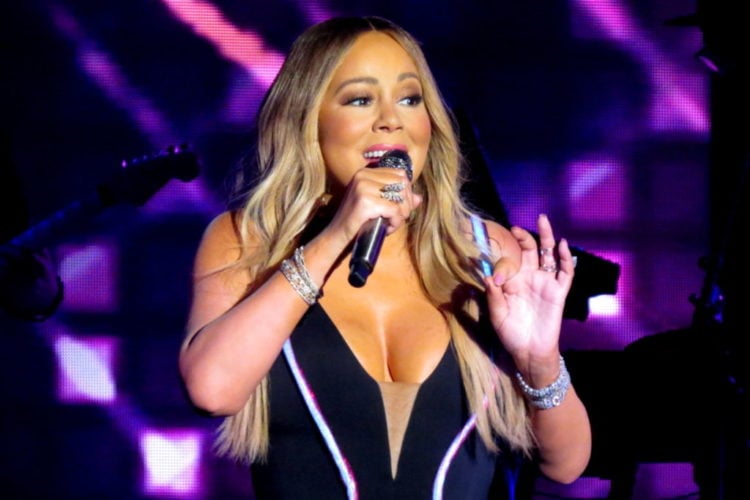 Mariah Carey is widely acknowledged as one of the world’s greatest singing sensations. This successful singer has also expanded her career to becoming an actress in many films. The level of her success is evident when you consider her estimated personal net worth of $300 million. However, this star has not always enjoyed a glamorous and luxurious lifestyle. In fact, she actually comes from a quite humble background. So, exactly how did Mariah Carey accrue a personal net worth of $300 million?

Carey was born in Huntington, New York, on March 27, 1969. Her parents divorced when she was a child and she was raised by her mother. She showed talent as a singer form being a small child and her mother trained her vocally to expand her singing range. Mariah Carey also began writing songs in her teens and was determined that she could make it in the music industry.

Her career began in 1988 when she took a demo tape to Tommy Mottola at Columbia Records. He had to search for her for two weeks, but he signed her as soon as he found her. Carey released her self-titled album in 1991. Although it struggled at first, it eventually hit the top of the charts and Carey won Grammy Awards for Best Female Pop Vocal Performance and Best Newcomer. Her album was the best-selling album of 1991 in the United States as it had sold over 15 million copies.

She released her second studio album ‘Emotions’ later in the same year followed by her third studio album ‘Music Box’ in 1993. This debuted at number one on the Billboard Hot 200 and some of the singles from the album, including ‘Without You’ and ‘Hero’, were also a huge success internationally. Her fourth album ‘Daydream’ was released in 1995 and secured Mariah Carey’s position as the most successful female artist in the music industry during the 1990s.

Mariah Carey in the 90s

Throughout the latter part of the 1990s and into the Millennium, Carey tried to reinvent herself. The albums she released during this period showcased a diverse range of musical genres and she collaborated with many other artists. Despite the reinvention of herself, she continued to achieve massive record sales and performed at many sell-out concerts across the world. Between 1993 and the current day, she has headlined ten tours and has made huge sums of money from ticket sales.

It was also during this period of her career that Carey decided to diversify and to try and establish herself as an actress. She made her film debut in the 1999 film ‘The Bachelor’. However, she is still probably most associated with the 2001 film ‘Glitter’, in which she starred. In 2017, she appeared in ‘Girls Trip’ and ‘The Star’.

Mariah Carey Net Worth and today

From the late 2000s to the current day, Mariah Carey has also made large sums of money from performing in residencies. She has four residencies during this period of time. She has also co-headlined a tour with Lionel Ritchie in 2017 called ‘All the Hits Tour’.

A combination of her albums, tours, residencies and acting roles have combined to give Mariah Carey her current estimated net worth of $520 million. She has also made some of her money from television appearances and profits from merchandise relating to her music that is sold in stores and at her concerts.

Unfortunately, Mariah Carey’s personal life has not been as successful as her career. She married record producer Tommy Mottola in 1993 after meeting at Columbia Records, with whom she was initially signed. They had a very strained marriage which was partially due to their close working relationship. Carey later claimed that she felt he had tried to control her both personally and in her career. The couple divorced in 1998.

She then met Nick Cannon, a rapper, actor, comedian, and director. Their relationship was widely criticized because he was significantly younger than Carey and also less successful in his career. Despite criticism, the couple married in 2008 and they went on to have their twins, Moroccan and Monroe, on April 30, 2011. Sadly, this was another relationship that did not work out for Mariah Carey. The couple confirmed their separation in August 2014 after admitting they had been apart for several months. Their divorce was finalized in 2016. Carey is now single and raising her two children alone, although they retain contact with their father.