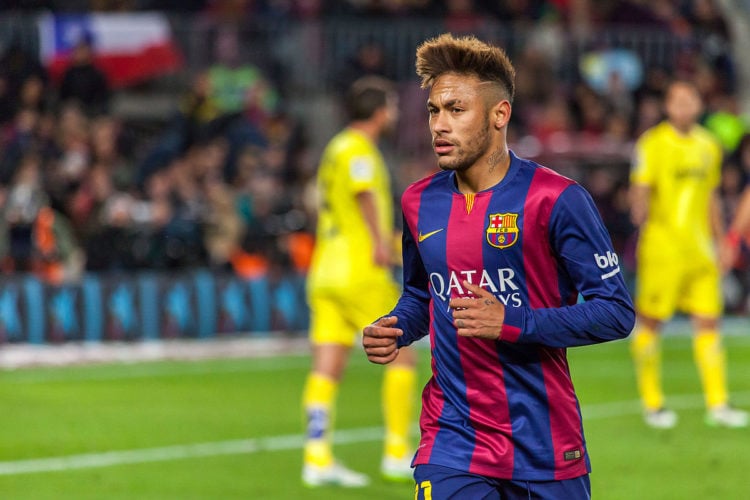 Anyone who follows international soccer knows who Neymar is. There is some debate of whether he carries the star power of a Ronaldo or Messi, but basing their actual talent and performance at the prime of their respective careers the vast majority of objectives soccer fans likely would pick Neymar. With this somewhat debatable primer, we will examine how Neymar has been able to achieve an estimated net worth of $185 million.

We begin with his significant salary with PSG. That salary was the result of his trade from Barcelona to PSG, which put an estimated $350 million in Neymar’s coffers between now and 2022 according to Forbes magazine. While we are looking at Neymar’s present net worth value, it needs to be mentioned that his future value to PSG sets the stage for an even larger contract in 2022. The star forward will only be 30 years old when the current contract expires and PSG paid about $263 million in addition to agreeing to Neymar’s salary to close the trade deal.

Neymar started earning money at the relatively young age of 17 when he played for Santos in his native Brazil. In a few years it is reported he made a salary of about $20 million a year, a great start to amassing his current fortune. One quality that he has proven over the years he that he is someone who knows his own value, because as a young man he rejected other offers from internationally known teams such as Manchester United and Barcelona to stay put.

The reason was that those teams were European, and Neymar wanted to establish his name as South America’s exceptional soccer talent – which he did. But either his star began to fade or the attraction of the out of this world money offerings from European clubs caused him to leave just before the 2014 FIFA World Cup tournament. That European team, Barcelona, struck a deal with Neymar but the exact numbers were kept secret. Obviously that number was far higher than the $20 million he was getting for staying in South America, and what we do know is his trade value would increase to more than $250 million in 2016. At this point Neymar’s net worth was skyrocketing.

What followed his growing international recognition and popularity was scoring a number of endorsement deals that would make him even more valuable as a marketing commodity. One of those companies was Nike. The estimated total of his annual endorsement deals is $17 million, and one of them includes a long term contract with Nike, so that can be considered to be guaranteed money. While Nike is the most conspicuous of the corporate contracts, other internationally known companies like McDonalds and Gillette have also inked deals with Neymar to do commercials.

This continuous flow of money would situate Neymar to begin investing in real estate. Rather than having a single residence in his home country, his constant travels had him purchasing real estate in a number of countries; in part due to his professional career, and in part for his personal pleasure. In 2016 he bought a mansion worth an estimated $10 million in his native country of Brazil and gave it a name – Portobello.

He would add a 5 story mansion in Paris to his collection, but later would sell the property due to security concerns. It was this x-factor that caused Neymar to lose interest in picking up real estate for personal pleasure and limited it to a more investment perspective.

The estimate of $185 million is likely to be on the low side. One reason is the secretive contract he signed with Barcelona several years ago. Another is his real estate holdings which apparently have fallen to the x-factor and likely are conducted in private under a different legal name. As with any international star there are many pitfalls connected with the fortunes offered, and Neymar’s move from South America enhanced the number of potential pitfalls. Nevertheless, he has a ton of contracted money awaiting him, and at a very young 26 years old his financial future looks very bright. The stars of Ronaldo and Messi are likely to fade over the next few years, making Neymar the brightest of all.

20 Things You Didn’t Know About CoachHub

The 10 Best-Selling Beers in America