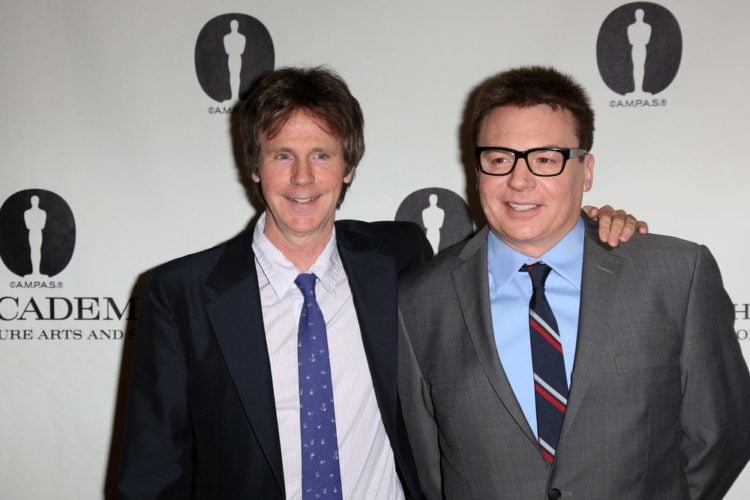 Dana Carvey thought he wanted to become a standup comedian but later realized he wanted to be a sketch player. After moving out at 19 and surviving on the wages of a waiter and busboy, he finally found success on television. Although he never took acting classes, Hollywood became his home. The entertainment industry nearly lost this great talent after a botched surgery, but Carvey has had a clean bill of health since 1998. The costly mistake resulted in Carvey suing the surgeon for $7.5 million, but they settled out of court. Since then, Dana Carvey’s net worth has grown to the tune of $20 million. Here’s how he amassed the wealth.

A Desire to be a Comedian is Born

Carvey told Lancaster Online that he always wanted to be a comedian. His desire to go down that path was motivated by watching comedians as a child. Carvey enjoyed standup shows such as the “Ed Sullivan Show,” where comedians like Jackie Mason and Richard Pryor showed off their talent. Carvey was so impressed by the different impressionists that he started practicing to be one. He considered himself the class clown in fourth grade but went back to being shy in fifth grade. By the time he was in high school, everyone he interacted with inspired him to do an impression of them. His gift stems from Carvey’s ability to easily identify patterns and rhythms in speech. Despite his ambition to be a comedian, going up on stage was not something he was prepared to do until he turned 20. Carvey admits he was poor at his craft at first. Luckily, after years of practicing in the clubs, he perfected the skills. He then started watching “Saturday Night Live,” and imitating the characters while he was in junior college since he wished to join the show one day. As he waited for the opportunity to be on “Saturday Night Live” to come his way, Carvey kept himself by auditioning for movies. He was cast in “Halloween II” in 1981, “This is Spinal Tap” in 1984, and many more films. Carvey credits his innocent looks for landing him the film roles. However, he still wanted to be a comedian; thus, he stayed relevant through performing in clubs. Carvey told The Washington Post that although he was not confident, he had ambition and was very competitive. Therefore, even in clubs, he wanted to be the best, even if it meant doing much better than his friends.

Carvey’s dream of being on “Saturday Night Live” lived on, and he tried his luck thrice but was not fortunate. Fortunately, everything changed when after doing standup comedy for ten years, Carvey decided to try one more time. Rosie O’Donnell allowed him to go on stage for half an hour. Lorne Micheals, the creator of “Saturday Night Live,” watched him, and the comedian joined the show. Carvey still remembers the first show he did; he was the opening act and had to be in a dress to perform his Church Lady character. He did so well that he became part of “Saturday Night Live” for seven years. The comedian cited his tenure on the show as the best time of his life. Indeed it was and the recurring sketch spawned into full-length films: “Wayne’s World” and “Wayne’s World 2.” In 1992, NBC was on the verge of losing David Letterman to CBS. According to New York Times, Carvey also was about to be free to join CBS, seeing that his contract with NBC would expire in January 1993. However, a CBS executive said they were yet to start negotiating with Carvey, and NBC still had Carvey on their contract until November 1993, and six months after that. As per the article, the long-term contract that Carvey signed was lucrative, and the comedian had already cashed the check. Although they declined to comment on its worth, NBC paid Letterman $7 million per year to host “Late Night with David Letterman,” and Jay Leno earned $3 million to host “Tonight Show.” Seeing that NBC was ready to have Carvey take over from Letterman since they could not match CBS’s offer of $42 million over three years, the comedian would have earned about $7 million annually. It is safe to assume that on “Saturday Night Live,” he earned much less. However, Carvey turned down the offer to be on “Late Night” and preferred to focus on raising his sons.

Moving on to Other Projects

As one of the people responsible for bringing back “Saturday Night Live” to its heydays, Carvey continued being cast on the show even after his contract expired. He still had to focus on being the best father since his sons were born in 1991 and 1993; therefore, he also turned down a role in “Bad Boys.” However, he was also supposed to play a womanizer, which he was uncomfortable with; thus, the comedian subjected the writers to multiple rewrites. Carvey was also unhappy that the producers wanted to make the film much younger. Eventually, the roles that would have been played by Carvey and Jon Lovitz went to Will Smith and Martin Lawrence. Will Smith earned $2 million for “Bad Boys” and $17 million for “Bad Boys for Life”. The amount could have gone to Carvey had he not turned down the offer. All the same, the comedian cannot complain. He has since gone from tending to his young sons to being cast in films and starting his own podcast. He continued turning down offers for sitcoms and comedy specials to work with his sons, who have followed in their father’s footsteps. In 2014, he was focused on starting a podcast with his sons, and it came true. He now has “Fantastic!” Although his priority was not monetizing it, he earns from it and continues cashing in on his skills as an impressionist.