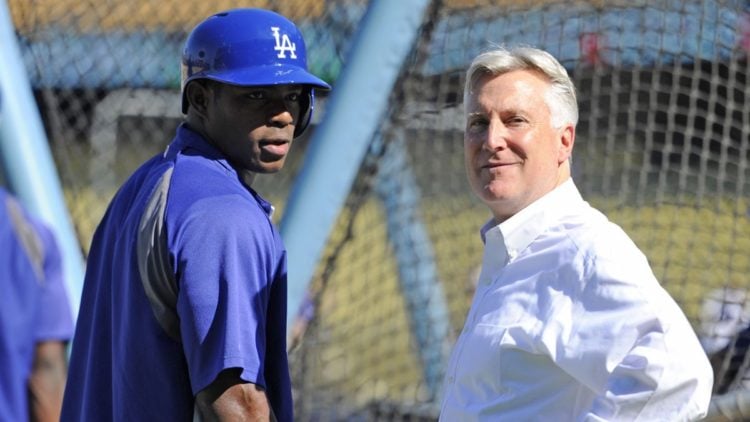 The LA Dodgers have had an impressive 9-game home winning streak recently, but that streak ended after the Dodger Stadium grounds literally shook last Friday. That earthquake not affected the players enough to distract them from ball play. Even so, the record that was broken still says a lot about the LA Dodgers team. It also says quite a bit about the franchise itself, which happens to be headlined by the owner Mark Walter. Walter has been the owner of the Dodgers since 2012, but there’s more to this owner than meets the eye. Here are 10 things you probably didn’t know about Mark Walter.

Let’s discuss Walter’s net worth off the bat. His current real-time net worth is at $3.6 billion dollars. That’s no chump change. But the amount is not the best part of it all. Forbes reports that Walter is a self-made billionaire. He definitely didn’t get his riches from his background. He made his own fortune through successful business and excellent money management. Walter has increasingly added on to his net worth over the years, but he’s been a billionaire even before 2014.

Walter is very much into entertainment, and his company actually bought a stake in Dick Clark Productions. The successful entertainment production company was founded by television personality Dick Clark. Dick Clark Productions focuses their energy towards special programming. The company has done the Golden Globes, the Academy of Country Music Awards, So You Think You Can Dance, and the American Music Awards among many others. Some of Guggenheim’s other acquisitions include Prometheus Global Media and CardCash in 2013. In addition, Walter’s company also acquired the WNBA Los Angeles Sparks team in 2014.

In 2000, Walter helped found the Guggenheim Partners, LLC, which is a global, diversified financial services firm. Walter’s company is extremely large. They have 25 offices in six countries all over the world. The company also employs over 2,300 employees, and the firm manages over $260 billion in assets. Walter currently serves as the company’s Chief Executive Officer, and he’s only led the company to grow over the years. Before Guggenheim Partners, Walter co-founded a much smaller financial services firm, Liberty Hampshire Company, LLC, in 1996. The company was based in Chicago and was also co-founded by Steven E. Johnson.

Walter started a partnership in 2011 for the sole purpose of acquiring the LA Dodgers. The result was the Guggenheim Baseball Management, LLC, and they acquired the MLB team by paying $2.15 billion in cash. This unbelievable cash amount set the record for any sports franchise. Walters would have partners along the way. Guggenheim President Todd Boehly is listed as a partner, as well as Bobby Patton, Magic Johnson, Stan Kasten, and Peter Gruber.

Walter was born and raised in Cedar Rapids, Iowa. In fact, the billionaire also attended high school in the city at the Cedar Rapids Jefferson High School. For college, Walter received his Bachelor of Arts degree from Creighton University, a Jesuit, Catholic university located in Omaha, Nebraska. From there, Walter went on to get his law degree from Northwestern University. Walter is a doctor of jurisprudence, but he chose not to practice law after he finished school. He ended up going into finance instead.

Since becoming owner of the Dodgers, Walter has done quite well in spending money for the franchise. You could also call it investing in some sense, especially since it was his record-breaking, billion-dollar purchase that took the Dodgers out of bankruptcy. Walter has spent over $100 million on stadium improvements. He’s also paid $85 million for a contract to get Andre Ethier to play for the team. He has spent more than any other owner in the history of the Dodgers, and it seems like the spending is slowly paying off.

With his net worth, spending money is probably not an issue for Mark Walter. He probably makes everything back quickly with his success. However, it’s important to note that not all of Walter’s spending is on himself. In fact, the majority of his expenditures with the Dodgers was done for the betterment of the team. Walter has also spent $40 million towards a hefty donation for Northwestern University. We get it because Northwestern is Walter’s alma mater, but it’s still a large sum even for a donation.

On an interesting note, Mark Walter and his wife Kimbra actually owns some land in Florida. Walter has turned this land into a wildlife preserve over the years; it’s now known as White Oak. The preserve is home to a number of endangered and threatened species. The preserve is probably a money pit also, but Walter knows exactly what the right places are to put money into. Wildlife happens to be one of them, and this gesture is more kind than anything else.

The spending has gotten him in hot water, but there have been a few other things as well. There were plenty of rumors that Walter did not get along with his Chief Investment Officer, Scott Minerd. According to the rumors, part of the bad blood was because of the excessive spending. But there was a darker rumor that Walter was spending money on a young employee, Alexandra Court, whom Walter promoted to global head of institutional distribution. Minerd dismissed all rumors back in 2016, but the media already did its damage at that point.

We’re glad to report that there are more positives than negative. Walter is well known for his work with helping the youth. He oversees the LA Dodgers Foundation, which promotes education, recreation, and health for children and families in the Los Angeles Area. He’s also active with other efforts that help the youth have better lives in the Chicago area. Walter supports Chicago Beyond and OneGoal Chicago.