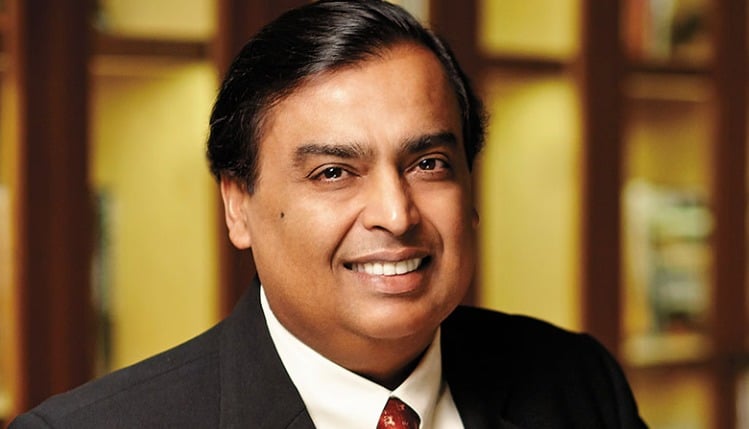 Mukesh Ambani is well known for being the richest man in all of India. He’s widely respected for his strong business and leadership skills. We were interested in learning more about him and how he came to become so successful. Our inquiries into his history and business activities revealed some interesting facts about him that we believe are things that everyone should know about him. Here are 10 things that you probably didn’t know about Mukesh Ambani.

1. He liked to play sports

We learned that when Ambani was a young man, he loved to explore the various areas of Bombay. He enjoyed playing hockey and football. We also discovered that although his a wasn’t excited about the grades that he earned in school during this time, he was happy that Mukesh was an overall well rounded kid with varied interests.

Before the Ambani family became incredibly wealthy, they lived like many other hard working people did in India. Mukesh Ambani’s father was a yarn trader prior to founding Reliance of India. He manufactured small textiles prior to becoming a highly successful businessman who owned an oil and gas company worth $90 billion.

3. Mukesh Ambaini is a chemical engineer

When you hear that a man is a multi-billionaire, it’s just human nature to wonder how he became so rich. Mukesh has worked hard to get where he is today, and it started with choosing a profession and going to school to become a skilled pro in his chosen field. He put in the time and effort to earn his degree in chemical engineering.

4. Ambani’s father was a visionary

Mukesh was fortunate to be born into a family with a leader who had a vision for what his family’s future could become. The senior Ambani Dhirubhai was a business man who was also a visionary. He was an ambitious man who’s hard work and wise choices paid off. Mukesh has become even more ambitious than his father was and he’s responsible for the tremendous growth of the company that his father founded and established on solid financial footing during his lifetime. He left a legacy behind for his family.

Mukesh was not born into a family of means, that would come later. He knew what it was to live in a communal building in a low rent two room apartment. He and his family spent two years in this situation, before Dhirubhai and his cousin founded Reliance Commercial Corporation. They rented a one room space to start the company. In the meantime, Mukesh worked as a gas station attendant.

6. He was influenced by his professors

Mr. Ambani first attended High School in Mumbai. He went on to enroll at the Institute of Chemical Technology in the Chemical Engineering program in Matunga. He earned his BE degree in the filed. He also enrolled in the MBA program at Stanford University but he was unable to complete his graduate degree from the prestigious University because his father was in need of his help to build the new company. Mr. Ambani shared that there were two professors who greatly influenced his thinking because they encouraged him to think outside of the box. It certainly shows that this is one of his skills and talents, in his willingness and ability to go outside of the realms of everyday business and achieve the highest possible results from his efforts.

Another impressive thing that we discovered about Mukesh Ambani is that he has been recognized by Forbes on multiple occasions. In 2019, he made their billionaires of 2019, securing the thirteenth position. In 2018, he was the number one richest man in India. In 2019, he was also named as #32 on the most Powerful People list and in 2017, he made the Global Game Changers list.

We also learned that Mukesh Ambani made a promise to the people of India to “put the world in the palm of your hand.” He made good on the promise that he made in 2003, when the Reliance mobile data network connected more than 280 million people in the country with an affordable 4G network that helped them to become connected with the rest of the world for prices which more people could afford.

10. His mother took charge of the business first

Ambani’s mother had to intervene is a feud between he and his brother Anil. The two took on the task of the leadership of Reliance companies after their father passed away in 2002. The two could not agree on how to run the business and their mom Kokilaben Ambani split up the assets of the Reliance company and she formed a non-compete agreement which put Mukesh in charge of the corporation’s petrochemical, gas, oil and RIL units, called the Reliance group, and the remainder was given to his brother.