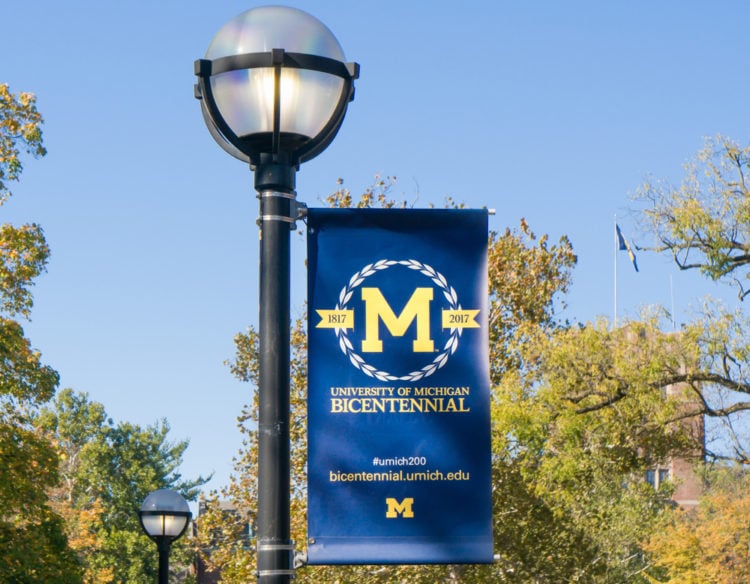 Wolverine has become a name synonymous with the University of Michigan which engages in all types of sports. However, the football team has always been the one that puts the university on a global map because it has the third-highest percentage of wins in college football history. What most people may not be aware of is the fact that the Michigan logo has undergone various changes since its debut dating more than a century ago. There are a few theories that have been floated around regarding how the “Wolverines” name came to be. Here is the story and evolution of the Michigan logo.

The Origin of “Wolverines”

Campus Info explains that although the most logical explanation for the moniker would be a presence of a wolverine on the campus grounds, that is not the case because there has never been any proof of the existence of such an animal. The truth of the matter is for a nickname that dates back to a century ago, the first time a wolverine was spotted in the entire state of Michigan was in February 2004. Of course, human nature dictates that once there is no logical explanation, people should start to speculate, and in the case of Wolverines, it was no different; hence a few theories were told.

In 1803, Michigan and Ohio had a dispute regarding the border and apparently, Ohio citizens felt that Michigan people were greedy just like wolverines hence referred to them as Wolverines. On the other hand, it is assumed that those from Michigan thought they were as strong and tenacious as the wolverine; hence they dubbed themselves wolverine. Regardless of the origin, Michigan retained the nickname of the Wolverine State; thus, upon the founding of the University of Michigan, it was only natural to adopt the name.

Another theory was introduced in 1944 by a renowned football coach, Fielding H. Yost who went ahead to publish his speculation in the Michigan quarterly. According to the Fielding, there was trading in Sault St Marie between Indian, trappers and fur trader and the main product traded was wolverine pelts. The traders shipped the products to the Eastern United States and found the best name to refer to the fur which was mainly wolverine pelts, was “Michigan Wolverines.” Later, the University of Michigan eventually adopted it for its sports teams.

Finally, still in the Michigan Quarterly Review in 1952, Albert H Marckwardt also shared his speculations. To the contributor, the name was adopted in the 1700s when French settlers were in Michigan. They had such a huge appetite that the other few settlers could only compare it with a wolverine’s thus they became known as the wolverines. Well, no matter where the nickname came from, it has proven it is here to a stay. They say there is a lot in a name and maybe the fact that the team keeps winning could also be reflective of the tenacity and strength of the sports teams’ nickname.

Evolution of the logo

1000Logos gives a history of the different logos that the University of Michigan have used for the sports teams. Accordingly, the first one in 1912 featured the animal. It had the name “MICHIGAN” in blue and below it was the animal painted blue with a few green strokes for the eyes, ears and mouth. The animal also had thin green and red trims. This logo remained the university’s symbol from 1912 to 1921.

Unfortunately, there is not a source showing the logo used between 1922 and 1948. However, The Hoover Street Rag published a logo that was on a season ticket in 1938. It features only an animal in black and blue with its claws out; the teeth are also out such that the animal looks like it is growling while the back is raised as if it is ready to pounce and attack. It must have been in use until 1948 when another one was introduced. This time, the logo defied its previous animal symbols that were in full. They instead opted for a head that looked like a cross between a wolverine and a bear. The animal’s tongue was out, and on top of the head was a hat with the letter “M.”

In 1964, the head was discarded, and this time, the entire animal was in full display but not clear. In some way it resembled the 1912 logo since the mouth of the animal is open. Also, the stance of the animal, however, resembled the 1938 logo and it was blue and white. The animal on the foreground obstructed the letter “M”, but from the visible parts, it was yellow with blue trim. In 1979 came a variant of the 1964 logo; the animal remained, but this time it was at the top and facing right. The shade of blue was much brighter too. It also was lying on the block letter “M” which had a yellow trim and was shaded blue. It was however disrupted in the middle by the “MICHIGAN” text which was the same shade of blue as the animal and “M.” The text was in a yellow rectangle with a blue trim.

Getting Rid of the Animal in the Logo

In 1988, for the first time, there was no animal featured in the logo. Instead, the University of Michigan preferred letter “M” alone that remained in the background while the word “MICHIGAN” was at the forefront. The shade of blue was darker in the letter and text. The colors ware interchanged in the rectangle such that the word “MICHIGAN” was yellow in a blue background while the rectangle was in a yellow trim, as was “M”.

In 1996, there was a slight change from the 1998 logo, only the shades of colors were changed and also the rectangle housing the word “Michigan” had the colors interchanged. The blue in the letter “M” was brighter, and the yellow trim remained. The name “Michigan” was blue in a yellow background with a blue border. In 2012, the university introduced another logo that got rid of the word “Michigan.” Today only the letter “M” signifies the Wolverines; it is yellow with a blue trim. 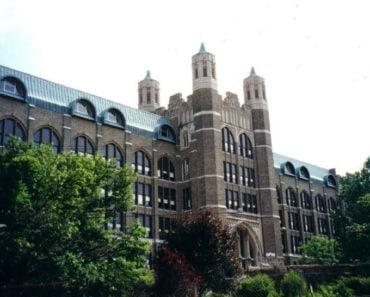 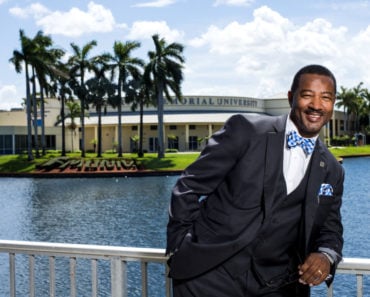 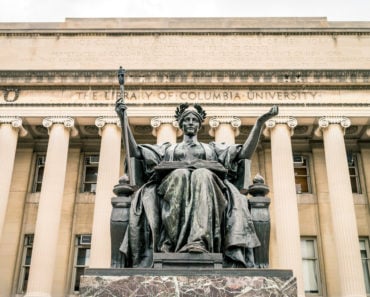 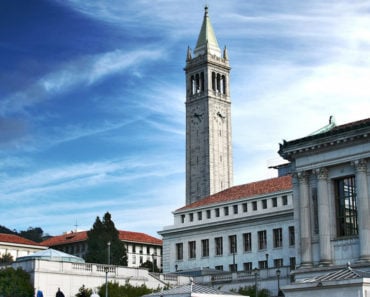 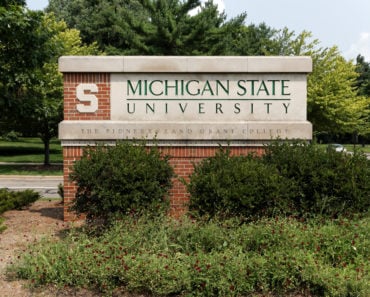