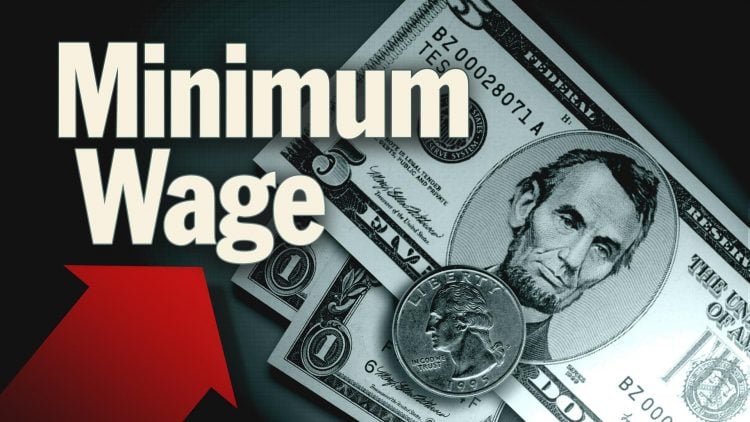 A close look at a minimum wage worker show that half of these workers are over age 25, and depend on their paltry salary for food and shelter. With the cost of everything from tuition to food going sky high, living on the federally mandated minimum is a balancing act of hard work and financial insecurity.

It may surprise those who live well above the poverty line to know that the salary of the person delivering your Saturday night pizza goes from $7.25 (Federal Minimum Wage) to just $4.50 per hour in anticipation of your hefty tip to make up the difference.

Much of government “entitlements” are going to the working poor, who have to either apply for benefits or starve. The plights of minimum wage workers, the minimum being around $7 per hour, are gaining headlines and the public is shocked at the grim reality. Who are these people living on so little, and how do they manage?

Here are five stories of people actually living on $7 an hour.

An NBC news article, gives two examples of how tough life is for these workers. Many have to go home after trying to make a life on their own. Crystal Dupont, 25, struggles as a customer service representative making minimum wage, and also helps to care for a disabled parent. She went home, not to live in her parents house, which had been foreclosed, but to a small apartment she now shares with them. When she got her tax return, she splurged on catching up her electric bill. Ms. Dupont is attending school to better her prospects, but school costs money and she is now in debt and hopes to receive scholarships and grants. Ms. Dupont, who spends hours a day studying, survives on oatmeal and beans when funds get very low.

The NBC news article also mentions a worker named John White, Age 61 who was out of work for almost two years before scoring a pizza delivery job. If he does prep work inside the pizzaria, he makes the $7.25 minimum, but as soon as he heads out of the door to deliver an order, his salary drops. Mr. White credits a higher power, not his employer, for his survival, “It’s by the grace of God that I am having ends meet,” he says.

Las Vegas and having Three Jobs

When a blogger on Apartment Therapy.com raised the question on how people live on minimum wage, the comment section exploded with stories. One woman living in Las Vegas commented that she and her husband have three jobs. With no guaranteed hours and no health insurance, they struggle by couponing and buying in bulk. Working multiple minimum wage jobs is one way many workers survive. These low paying jobs require physical and mental stamina, however, working two or more of these jobs at a time is now the norm, not the exception. Apartment living is tricky if you don’t want to live with mom and dad. Many singles have to live with people they don’t know and don’t trust as their minimum wage job only affords them a fraction of the going rent.

One contributor, Kim Bott, on Quora.com, recognized that when you only earn a little, you get used to doing without. She compares living in Australia to life in the US. In the US, everything costs more, so the struggle is even harder. She notes that Australia many individuals share a home and divide expenses. The days of graduating, getting a good job and a place of your own is out of reach for many. She also notes that when making minimum wage, you tend to socialize with those who are in the same boat. Those who work full time often face a double edged sword: not enough to live on but too much for government subsidies like food stamps.

Many of these jobs paying less than 8 dollars per hour can be found at your local retailer. According to a Gawker article, At Walmart- “How the Hell is Anyone Supposed to Make a Living?”, one Walmart employee talked about abuse that went along with the horrible paycheck. Workers were asked to wait on customers after they had already clocked out for the night, workers were routinely stopped by customers during their “breaks” and forced to essentially work through them if a customer spotted them wearing their vest on the way to the breakroom. Hired for “full time” position, she only got 28 hours and was reclassified as part-time to avoid having to pay benefits. Soon the company began only hiring part-timers and hours were unpredictable for this single mom, who had to arrange child care around Walmart’s spur of the moment scheduling needs.

Another Walmart worker was a newly graduated attorney. Buried under a pile of student loans, this desperate worker described his job as a “nightmare come true”. There company is aggressively anti-union and the break room is full of motivational posters with Sam Walton’s homespun mottos of worker appreciation and the value of teamwork. Unfortunately, most of these workers have to apply for food stamps and struggle without healthcare because the company strategically cuts hours or has workers do tasks “off the clock” to avoid having to pay benefits. Walmart workers do get to cash their checks at the register; however, encouraging these poorly paid workers to spend at the “company store” with a 10% discount card. He noted that workers who have a medical issue or need to work certain hours are fearful to ask for what they need, as the do not want to risk the little wages they get.

Perhaps the new efforts to raise the federal minimum wage of $7.25 has come about as these workers were previously thought to be the uneducated, unmotivated, nameless rabble who refuse to improve their lot in life. Now out of work teachers, lawyers and college graduates are standing in line at the hiring kiosk at their local dollar store and applying for food stamps, a dependency that will carry throughout their working life on minimum wage if things don’t change.