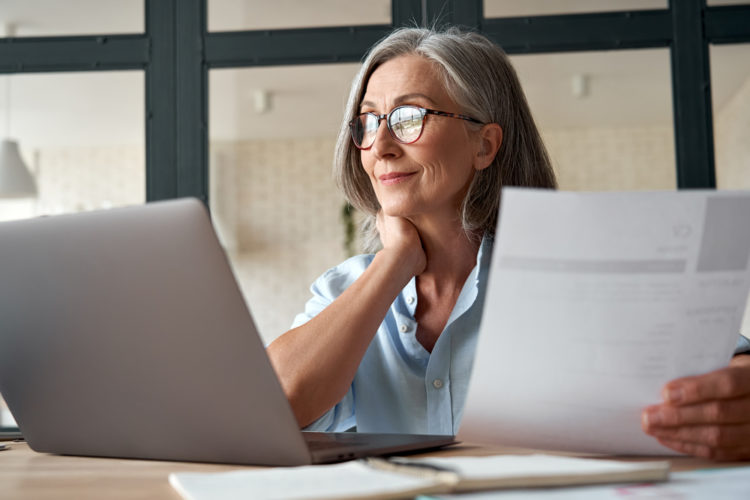 Mirakl is a cloud-based e-commerce tech company that provides software and drop shipping solutions for its clients. It offers retailers, wholesalers, and manufacturers an online marketplace. The French company has recently made business news with its impressive investors’ support and growth within the industry. If you’re not familiar with the startup that’s rocking Europe, here are 20 things you probably didn’t know about Mirakl to bring you up to speed.

1. Mirakl is an established company

According to Crunchbase, Mirakle has been in business for a full decade. It was officially founded in 2011 by its founders Adrien Nussenbaum, and Philippe Corrot. The headquarters is in Paris, France. The company has operated successfully from its inception with a platform that serv3s B2C and B2B industries with the tools to help them launch marketplaces with more rapid speed and to grow them larger.

2. Mirakl serves some of the largest companies

Mirakl provides organizations such as AccorHotels, Best Buy Canada, and ABB with a platform that helps them to grow larger and operate with confidence. Other clients of Mirakl include The Kroger Company, Leroy Merlin, Changi Airport, Carrefour Catch, Darty, Maisons du Monde, Metro, Toyota Material Handling, and many others. Each client receives help in designing marketplaces that are made to scale to accommodate the changing eCommerce landscape and help them to remain competitive.

3. Mirakl is a versatile enterprise

Mirakl is listed across four industries. It is an enterprise software company that also provides software as a service for its clients. It also helps companies established marketplaces. It is also a business that serves e-commerce companies. Mirakl serves companies from across most identified industries on a global level. Mirakl is appropriately named because it provides companies with technology that allows them to better connect to their customers and meet expectations.

5. Mirakl stands out from other tech startups

Mirakl is a company that provides technology products and services that stand out from all of the others. This helps it to maintain an edge over its competitors in the technology industry. It maintains its difference because Mirakl has secured four registered trademarks in the scientific and electric apparatus and instruments category. The trademarks ensure that only Mirakl has the legal right to use these intellectual properties and that no other company can copy or imitate them without express written consent from Mirakl.

6. Public interest in Mirakl is growing

The analytics reports for Mirakl show that over the past thirty days, there has been an upsurge in the number of people who visit the website. Last month 49,779 people visited the site representing a monthly visits growth rate of 23.82 percent. This number has resulted in Mirakl being ranked as number 451,624 of the millions of websites registered on the world wide web.

7. Mirakl is the most popular in the United States

The executive leadership team is comprised of eight members. Adrien Nussenbaum is a co-founder and co-chief executive officer. Philippe Corrot is a co-founder and chief executive officer. Florian Bressand is the chief operating officer. Joseph Tempier is the operations director. Georg Sobczak is the regional vice president of DASH & CE. Steve Lourdessamy is the digital marketing manager. Antoine Nussenbaum is an investor. Laure Le Gall is director of sales for South Europe.

9. Mirakl has an 8-member board of directors

Mirakl has participated in a total of five venture capital fundraising rounds. The most recent was a Series E round that closed on September 21, 2021. The total amount raised is $948 million.

Mirakl has attracted the attention and interest of several venture capital firms as well as private investors. Mirakl receives backing from a total of eleven investors, four of which are lead. Together, the group has invested nearly a billion dollars into the future of Mirakl, which is a confidence vote that the company will continue to grow and thrive, returning a solid return on the funds invested. Investors include Felix Capital, 83North, Permira, Elaia, Silver Lake, a lead investor, Bain Capital, and a few others who wish to remain anonymous.

12. Mirakl is a privately held company

The owners of Mirakl have chosen to remain private instead of taking the company public. It’s why you won’t find shares of Mirakl stock on any of the public stock exchanges. So far, this has been a successful financial strategy. Mirakl has grown to become a leader in its niche in the tech industry.

13. Mirakl is a unicorn company

According to Techcrunch, Mirakl has met and exceeded the requirements to join an exclusive group of companies. It became a unicorn with a current valuation of $3.5 billion. It’s only necessary to have a valuation of $1 billion, and Mirakl is 3.5 times that number. The most recent round of Series E funding brought in a total of $555 million, which helped to make it one of the wealthiest companies in Paris. Mirakl has gained a great deal of ground in the last year, more than doubling its previous valuation of $1.5 billion.

Mirakl offers multiple benefits to subscribers. It helps e-commerce merchants find third-party sellers that they can add to their marketplace. If consumers want an item they don’t offer, it’s easy for them to use Mirakl to find a seller offering the product. It will add it to their site as a convenience and service to build consumer loyalty. It also helps repair shops find the right part to make auto repairs. Ecommerce store owners can easily find marketplace components to add to their existing models through third-party sellers. The name of the service is called Mirakl Connect.

15. Mirakl is getting ready to expand

Thanks to the recent funding round, Mirakle is planning to use part of the proceeds to grow its current infrastructure. It currently has a team of 150 engineers. They plan to add 350 engineers to employ a total of 500 engineers. This is just the beginning. They also plan to double the size of the current customer success team. They’re ready to invest in their infrastructure and to make another growth spurt.

16. Mirakl is expanding in the United States

According to LinkedIn, Mirakl has 125 new jobs posted on the website. This is part of the new hiring frenzy that is scheduled to take place over the next year or so. We noticed that there are several jobs open for various cities throughout the United States. This is evidence that Mirakl is expanding its presence in the US. There are positions open in Boston, Massachusetts, Chicago, Illinois, Atlanta, Georgia, remote work in the state of California. this further expands the global reach of Mirakl throughout the world.

17. Mirakl is also expanding throughout other parts of the world

When we were reviewing the current job openings at Mirakl, we learned that they’re moving into other parts of the world. Mirakl has posted new jobs available in Sydney, Australia, Catalonia, Spain, London, England, and multiple openings at its headquarters in Paris, France. It also has openings in Munich, Germany, Milan, Italy, Bordeaux, France, Sao Paulo, Brazil, and Brussels, Belgium. This was the first wave of the massive number of hires that Mirakl plans to make over the next several months. It’s an exciting time in the history of the company. Within just 10 years it has grown in size and stature to become a leader in the tech industry as the main support for e-commerce store owners.

18. Mirakl is an award-winning company

According to Wikipedia, Mirakl has received numerous recognitions and accolades for its contributions to the betterment of the business world. In September of 2012, the business was awarded the Best Solution award by E-commerce Awards in the new services category. This award was received just one year after the startup became operational. The following year it won the IBM Smartcamp Award. The company was also a finalist of the IBM Business Partner Beacon Awards in 2014.

Mirakl published a B2B white paper titled “Marketplaces are the future of B2B e-commerce. The paper was published in December of 2015. This was followed by a B3C Marketplaces study for Mirakl titled “Retailers: Seize the Marketplace Opportunity, published by Forrester. It is named Mirakl in the study. The company published its first barometer in February of 2015 about Marketplaces with IBM and Sorgem.

20. Mirakl has an impressive progressive timeline

Mirakl has thrived since the first year of its inception. After publishing a few whitepapers and receiving numerous awards, it launched Marketplace for Services in 2017. In 2019 it partnered with SAP which became an official reseller of the Mirakl Marketplace Platform. Mirakl also achieved an 80 percent year-over-year growth for 2018. More than $1 billion GMV was achieved by Mirakl customers with a GMV growth of 100 percent. This was the same year that Mirakl Labs launched its Mirakl Catalog Manager for improved product data quality. In 2020, Mirakl did its part to help curb the spread of the ongoing pandemic with the StopCovid19.fr platform. Thrious this platform the company distributed personal protective equipment to help keep workers and citizens safer from the spread of virulent disease. Mirakl is a company that is on the move and continuing to grow and prosper at a rapid pace. It’s a company to keep your eye on as it continues to grow and expand throughout the world.