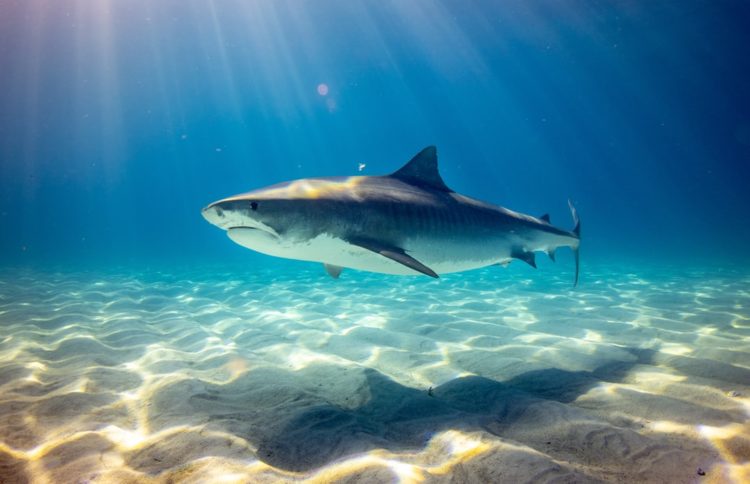 While some animals are happy to sit passively watching the world go by, others are extremely dangerous predators. However, it is not always the predatory animals that are responsible for most human deaths. There are some animals who have an exceptionally effective self-defense mechanism and other animals that unknowingly cause deaths by passing on lethal diseases. The size of the animal has very little to do with how deadly an animal is, as some of the most deadly animals are also some of the smallest. It is worth noting that if all animals were included in this list, not just wild animals, that humans would rank in the second position. According to the United Nations Office for Drugs and Crime, there were approximately 437,000 homicides in 2012 alone. This means we are pretty close to being our own worst enemies and that you are at greater risk of being killed by a human than by almost any wild animal. Here are the 20 most dangerous wild animals in the world.

The subject of many a horror movie, sharks have a bad reputation for attacking humans. However, they are responsible for far fewer deaths than you may think, as there are only six people who are killed by sharks each year, says CBS News. Of course, there are also shark attacks that result in severe injury but the victims survive the incident.

Wolves do not naturally hunt humans and try to keep out of their way as much as possible. Although they are pack animals that are happiest with their family, they do not mix with other animals. This means that wolf attacks on humans are relatively rare. They will usually only attack when they are scared, or they have been provoked. When one wolf attacks, then other pack members will often get involved in the attack. Another reason for the attacks is that the wolf has been infected with rabies. It is much more common for wolves to attack domestic and farm animals.

Although the leopard is not the most aggressive of the wild felines, deaths by this animal are on the increase. CNet suggests that one possible cause for this is that the leopard’s natural habitat is increasingly under threat. The impact of this is that leopards have become more aggressive to protect their habitat and their young. In most cases, leopard attacks on humans have taken place in the wild. These attacks result in an estimated 29 deaths per year.

Not all species of jellyfish are deadly. Some will give you a nasty and painful sting, but there are no long-term effects. For example, the stings of the Pacific Sea Nettles are particularly painful, but fatalities are unusual. On the other hand, if you get stung by a box jellyfish, it is unlikely that you will survive. The sting of the Portuguese Man O’ War is also usually deadly, although this is not technically a jellyfish but a collection of smaller organisms. This creature is generally grouped into the jellyfish deaths.

Most tiger attacks take place in India, which is one of the tiger’s natural habitats. However, there have also been some fatal tiger attacks in captivity. This includes a fatal attack at San Francisco Zoo in 2007. In 2014, a young boy was mauled to death in a tiger attack in Delhi Zoo. In another incident, a magician called Roy Hom was left paralyzed following an attack in a performance in Las Vegas, and the attack received a lot of press coverage.

Most people get stung by a bee at some point in their life. In most cases, this causes localized pain around the sting., Unfortunately, many people have an allergy to the venom in the sting, and this causes them to go into anaphylactic shock, which ultimately leads to their death. People are more at risk of this happening if they receive multiple stings from a swarm of bees as a larger amount of venom is released from multiple stings and is more likely to trigger a severe reaction. On the other hand, bee stings are also used in some medical practices as a treatment method for conditions including cancer and arthritis, says CBS News. One of the most deadly species of bee in the world is the African Honey Bee.

Some people are surprised that lions are not higher up the list of the deadliest wild animals in the world as the assumption is that lions are vicious creatures that always attack. However, they are still a dangerous animal that you wouldn’t like to take on in the wild. The average number of people killed by lions in Tanzania alone is 22 per year, where 563 people have been killed by these animals since 1990. The global figure is estimated at 100 fatalities per year. Most of these attacks have taken place in the wild, but there are some incidents of fatal attacks in captivity.

Many people consider elephants some of the most beautiful and magnificent animals on the planet. People often assume that they are docile and harmless creatures and most people would have more fear of a lion. However, of the two creatures, it is the elephant that is the most dangerous. It is estimated that 500 people a year are killed in elephant attacks, although the exact figure is unknown. Elephants are particularly dangerous when they feel that their young are threatened. It is worth noting that humans kill significantly more elephants than elephants kill humans. This is often for their ivory or for big game hunting.

Before they were surpassed by crocodiles, hippopotamuses were formerly regarded as the most dangerous large animals in Africa. They earned a reputation for their aggressive behavior towards humans. These animals also caused some deaths by tipping over boats that were carrying humans and then attacking them.

According to the Food and Agricultural Organisation of the United Nations, crocodiles are the large animal responsible for the most human deaths in Africa. These animals are also responsible for some deaths in other parts of the world where they live naturally, and there is even the occasional death caused by a crocodile in captivity. Estimates suggest that crocodiles are responsible for around 1,000 deaths per year, but it is difficult to gather accurate data.

Tapeworm is a type of parasitic animal that people can ingest through eating raw meat from an infected animal. In most cases, people are treated easily for this parasitic infection, and it is relatively common. Many people do not even suffer any symptoms. Unfortunately, it leads to approximately 1,600 deaths per year around the world.

The sting of a scorpion’s tail is venomous as it contains enzyme inhibitors and neurotoxins that are injected into the prey. While some species of scorpion only deliver a mildly venomous sting that causes localized pain, there are other species that have a deadly venom that usually results in fatalities. It is estimated that approximately 3,500 fatalities a year are the result of a scorpion sting. Despite their deadly nature, scorpions are a delicacy in some countries, although their sting is removed prior to consumption.

The tsetse fly is another animal that transmits a parasitic infection to humans and many other animals. This causes a disease called sleeping sickness, the symptoms of which include fever, headache, joint pains, and itchiness. In its later stages, it can lead to neurological problems and then death. Although the number of deaths from this disease is decreasing, the tsetse fly is still responsible for around 10,000 deaths per year.

While this bug looks harmless, its name correctly suggests otherwise. These bugs are carriers of Chagas disease, which is a parasitic infection that is responsible for around 12,000 deaths annually. This bug is also known as the kissing bug. It earned this nickname because it is known for biting people’s faces.

The exact figure for deaths caused by freshwater snails Is unknown, but the World Health Organisation (WHO) estimates that the figure is somewhere between 20,000 and 200,000 per year. This seemingly harmless animal carries a parasitic. When this is passed to humans, they develop a disease called schistosomiasis. The symptoms of this disease include severe abdominal pain and blood in the stools. In many cases, this disease is fatal. You do not even need to come into contact with the freshwater snails directly to contract the disease as contact with the water where they live can lead to a person contracting schistosomiasis.

People often associate dogs with being loyal and loving pets, but this is not always the case. Dogs are responsible for causing around 35,000 per year. It is important to note that this figure is a combination of the death caused by wild or stray dogs and those caused by domestic dogs. Although some dog deaths are caused by vicious attacks, most are the result of being bitten by a rabies-infected dog. Although there is a vaccine for this disease, it is still rife in many countries.

Snakes come second on the list of the deadliest wild animals in the world as they are responsible for the deaths of 100,000 people per year. Some snakes kill their prey by eating or crushing them, while others kill them with their venom. One of the problems is that there is a shortage of different varieties of anti-venom. It is worth noting that there are many species of snake that are completely harmless. All That’s Interesting says that the Inland Taipan is the most poisonous snake in the world. Their venom is 50 times more toxic than the venom of a King Cobra. Once you have been bitten by an Inland Taipan, you will have only 30 minutes to get to a hospital and receive the anti-venom before you die.

These tiny little bugs may seem harmless enough, and they do not intentionally kill such a high number of people, but they are still the deadliest wild animal in the world. This is because they transmit viruses from one person to the next, says Science Alert. Of these, malaria is the most common as it is responsible for over half the mosquito-related deaths. The majority of these deaths are people who live in or visit sub-Saharan Africa. It is important to note that cases of malaria are gradually decreasing, due to advancements in vaccinations and treatments. Another common mosquito-borne disease is dengue fever. 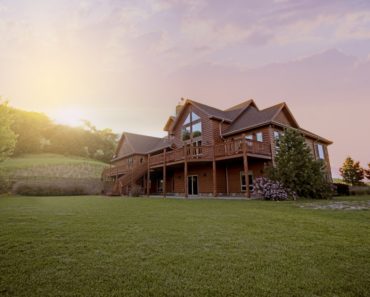 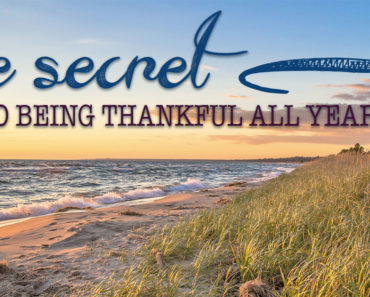 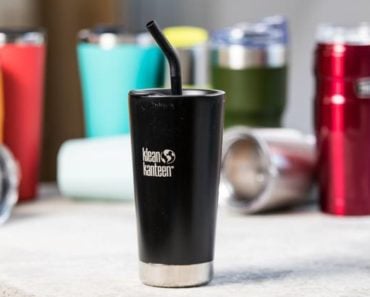 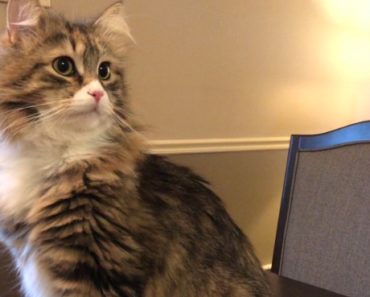