Home
Sports
The 20 Most Expensive Baseball Cards as of 2019 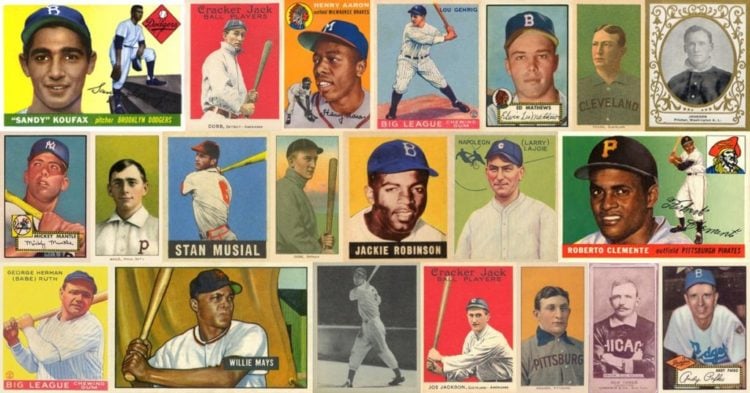 Baseball card collecting is one of those great all American pass times. You’re either in or out on the subject, but since money matters to everyone, it never hurts to know that what you could see as a pile of grandpas’ childhood nostalgia might, in fact, contain enough value to buy his retirement home and put the kids through college. For lovers of sports collecting, there’s nothing quite like taking that shiny wrapper off of a new pack of cards and fanning them out to see who you got this time. Who knows which card could be the next Mickey Mantle or Honus Wagner card? It’s fun to guess, but only time will tell.  Here are the 20 most expensive baseball cards in the world: 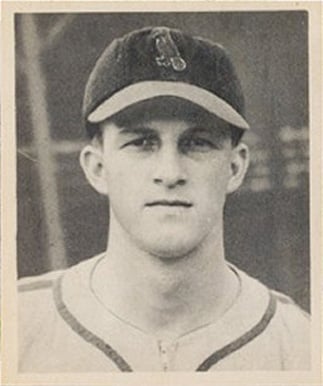 It’s more than predictable that Stan Musial is on this list. His cards are almost as well loved as he was. Though there are many with his image on them, only one sold at this exorbitant price. We find it fitting that a face so familiar and likable is the one to begin this list. Fans knew him as a Saint Lewis Cardinal who was indeed a cut above, three-time MVP and unquestionably one of the greats. As is always the case where collectible cards are concerned, the condition is everything. When you choose to collect what amounts to paper keeping it pristine (or very nearly) is the only way to preserve what makes it worthwhile. Images fade, edges tear, it’s a risky hobby at best, but ultimately rewarding as you’ll quickly discover when you finally hold something like this in your own hands. You can feel the spirit of Ernie banks, the smile and sheer joie de vivre he embodied with his famous “Let’s play two.” It’s no surprises the two time National League MVP has a card that is among the most valuable in the world. 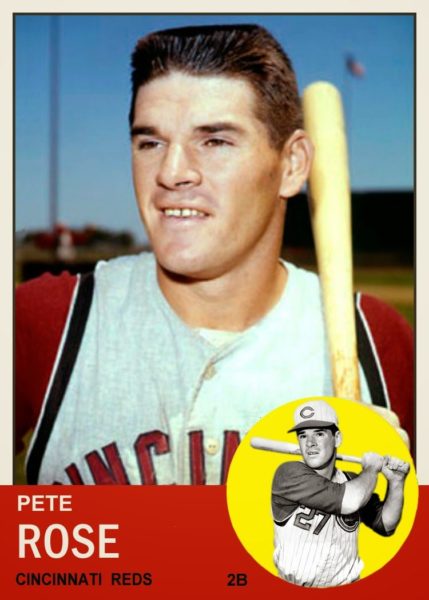 Boston Garter cards issued in this era are among the most iconic and beautifully wrought cards ever printed. The larger size (4 x 8 1/4″) makes these some of the biggest baseball cards ever created, which also makes them more unique. It’s almost impossible to sing their praises enough. Everything about the Art Nouveau-inspired cards is value added merely for the stunning art. This particular card also happens to be extraordinarily rare and valuable. Aggressive and fierce, Ty Cobb was known as an utterly ruthless player. His nickname is everything he was not, like calling the tallest guy in the room “Tiny.” Perhaps he got that mean streak from his mother who is supposed to have ‘accidentally’ shot his father. We know she was acquitted, but we still have to wonder if she’s not the source of all that fire from her impressively motivated son. 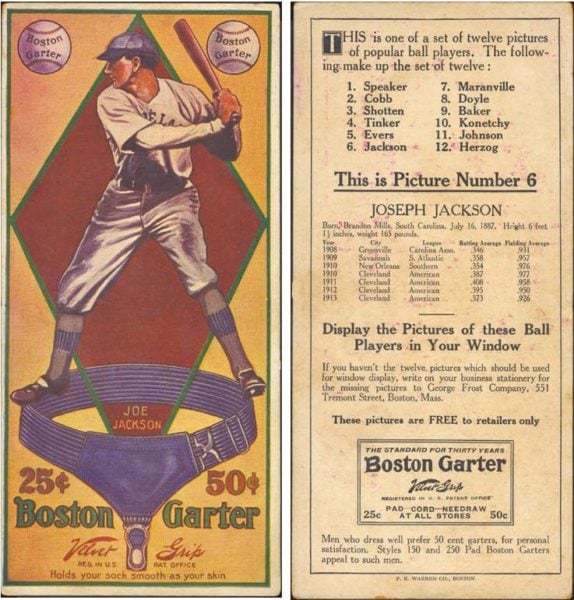 This just over a century old card made it on to the top 30 Valuable cards list in 2016. Not much information came with the listing, so there’s no sweet story. Sadly, everyone knows what Lou Gehrig is most famous for, and it’s not his baseball career. Fortunately, he was also a fantastic player and this perfect condition card made the top 20 because of how he played the game as much as his terrible disease. Lower-rated cards sell for much less, but the pristine copy pulled a fair fee. Hank Aaron is a name almost every baseball fan knows. Those who don’t should really look him up. He not only beat Babe Ruth’s record but did so in a time when he had to fight harder than Babe Ruth ever would just to play. Hank deserves his place in history, and his cards are worth every penny and more. You can’t have the perfect copy, but Heritage Auctions is offering a PSA 9 to fans right now. 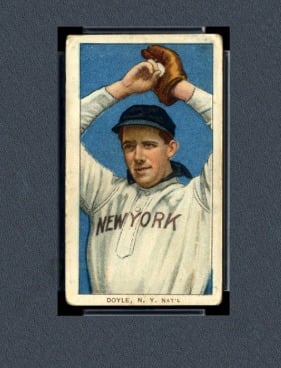 This cards’ value lies in its age and what was probably a case of mistaken identity. Larry Doyle was on New York’s National League team, but Joe Doyle was not. Still, that’s what a precious few of the cards said on them. Most of the misprints were caught, and only a few ever made it out into circulation. Joe Doyle played for the New York Highlanders (later known as the Yankees). If you can get your hands on a copy of this 100+-year-old misprint, then you’ll be holding over $400,000 in your hand. Though a PSA 7 version of this is available for around $13,000 this Hall of Famer and member of the 3000 Hit Club can fetch a higher price than that if the card is perfect. The top fee came in 2012 when former Big Leaguer Dimitri Young sold part of his private collection. Roberto might have gone on to even higher stats, but he was sadly killed in a plane crash while on his way to help out with earthquake relief efforts in Nicaragua. The first Topps card to feature this beloved and admired player could be worth a fortune if you have the right one. Like Babe Ruth, Willie Mays is arguably the best ever to play the game. After all, it’s not much of an argument if everyone agrees. When this card sold in 2016, it was part of a massive three-day long event where $11 million worth of sports memorabilia went up for sale. This card was the highest selling item of them all. 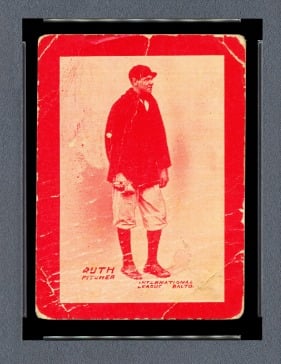 This card was once considered one of the top five most expensive baseball cards in the world. Though this particular card has lost its foothold in our top five, he still makes the top ten, and another Babe Ruth is higher on the list. The card sold by Robert Edwards Auctions in 2012, and there are only about ten known to exist, so you may have a very tough time getting your hands on a copy. Like the other rare Mickey Mantle cards to make this list, the 1951 Bowman is a representation of one of the most iconic players to ever put on a uniform. Mickey Mantle is one of those names every baseball fan knows well. We won’t toot his horn too much here since he makes the list more than once. A perfect card always fetches a great value. It’s hard to imagine that some of these cards sold initially for pennies, or less. This is the only perfect copy known to exist, which is impressive given that over 8000 copies have been submitted for examination. This is the most sought after card in the E90-1 American Caramel set. It’s not a complete shock that a truly scandalous player has a card with an outrageous price tag. The story says that the White Sox intentionally threw a game. Not just any game though, they were accused of throwing the 1919 World Series, presumably for a hefty profit. Some players tank their card value when they get caught cheating, but not this guy. As the most well-known member of the Black Sox Scandal, he has gone down in history, though perhaps not how he might have wished. This particular card is the only perfect copy, and that explains how a card that would otherwise come nowhere close to the value of the rest of the top five managed to take almost 3/4 of a million at auction. Perfect cards are so ridiculously uncommon that they are apparently up to a hundred thousand times more valuable than less perfect copies. You can’t have this card unless the buyer is willing to part with it, but for just $700 you can get a copy with a lower PSA at eBay right now. If you know anything about baseball at all, you know who Babe Ruth was. The hard-drinking, heavy smoking home run king, was arguably the best player of all time. He was known for his incredible skills on the field and voracious appetites everywhere else. From hyperactivity to sexual escapades that would make Hugh Heffner blush, the Babe was one of the most prominent personalities ever to grace the sport. It’s no surprise his pre-Yankee card cracked the top five. In 2016 this Mickey Mantle card went at auction for over a million dollars. Overall this player’s cards fetch a pretty penny with those of even lower grades still netting near a hundred thousand dollars each.

The real game changer is the recently discovered 1952 Topps Major League Mickey Mantle card with a PSA higher than any previously sold, which went up for auction a year ago. Conservative estimates placed its value at 3.5 million, which would have changed the history books and put a Mickey Mantle card at the top of this list. However, some savvy shopper snagged the card for a ‘mere’ 2.88 million. If you collect baseball cards, then you probably owe a debt of gratitude to the American Tobacco Company. During the 1800s and 1900s, this ingenious company sold their cigarettes with a card inside. These cards with baseball players on them are the forerunners to modern baseball cards. We aren’t quite sure why Honus Wagner had them pull his card from the market, but the result was that less than 200 of these rare treasures ever went out to the public. Now, over a hundred years after that decision the near-impossible to find card is worth more than it’s weight in gold. That makes this #1 into one of the most expensive pieces of paper on the planet.

Kids and adults alike have been fascinated by collecting these commemorative rectangles made of stiff paper. To some, the appeal is confusing, but whether you’re a superfan or a confused bystander, there is no denying that holding on some old baseball cards can be a hugely profitable enterprise. For those who catch the collecting bug, the singular experience of holding a piece of the past is almost reward enough on its own. If you are ever lucky enough to see one of the 20 most expensive baseball cards ever minted, we hope you can appreciate the incredible history behind these pocket-sized artworks now that you know a little more about them.

How to Apply For a Small Business Loan in New York

The 20 Best Things to Do in Portsmouth, NH for First-Timers

The 20 Best Things to Do in Cheyenne, WY, for First Timers

10 Things You Didn’t Know about The Ferrari SF90 Stradale

How Betsy DeVos has a Net Worth of Over $1 Billion

How Margot Robbie Achieved a Net Worth of $22 Million