Home
Food & Drink
The Five Most Expensive Fruits in the World 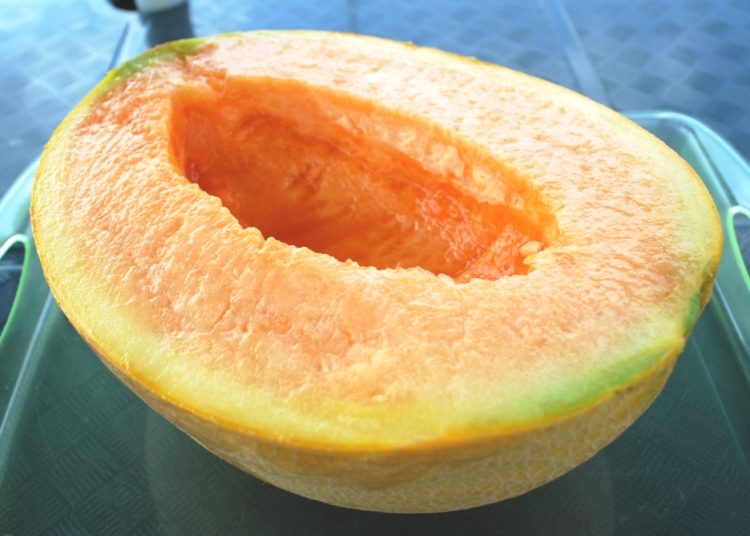 Once upon a time, fresh fruit was a luxury. This is because geographical distances made it difficult for even the richest people to ship in fresh fruits from foreign markets. Never mind that the food preservation techniques of the past were no match for their counterparts in the present. Nowadays, technological advances have overcome a lot of those problems, meaning that a wide range of people in a wide range of countries can bite into the fresh fruit of their choice at a reasonable price on a regular basis. However, it is interesting to note that there is fruit and then there is fruit, meaning that there are still plenty of examples of expensive fruit that can be found out there. In particular, some people might have heard of Japan’s fondness for expensive fruits, which is born out of its obsession with freshness as well as the fact that fruit sometimes sees use as gifts in that particular culture. Here are five of the most expensive fruits that can be found in the entire world: 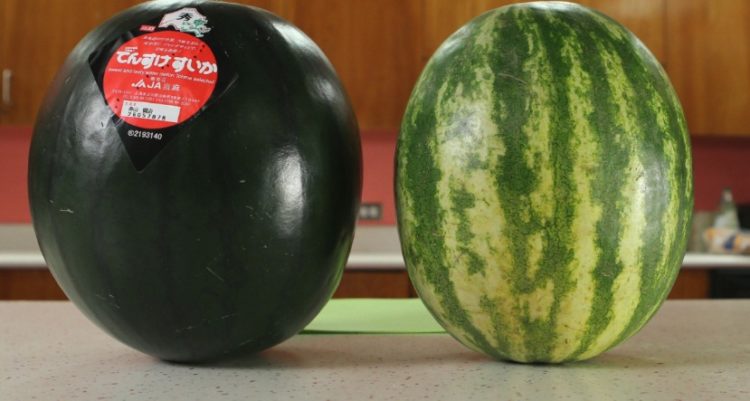 For proof, look no further than the Densuke Watermelon, which is one of a number of expensive fruits that can be found in Japan. In its case, there is no more than about 10,000 of them produced on an annual basis, meaning that there is a fair amount of competition for limited supplies. However, what stands out about them the most is the fact that its rind is solid black with none of the stripes that most people would expect from watermelons, which makes them rather distinct if not particularly eye-catching. Regardless, a Densuke Watermelon has been known to go for as much as $6,000, which is a considerable sum for a single fruit to say the least. With that said, there are plenty of other places in the world that are producing expensive fruit as well. One excellent example is the pineapples produced at the Lost Gardens of Heligan, which are botanical gardens situated in that southwestern part of England called Cornwall. Now, most people should be somewhat aware of the fact that pineapples are a tropical fruit, which is what contributes to the fact that a single pineapple from said location has been known to fetch prices of up to $15,000. In short, pineapples cannot thrive in the English climate, but they are nonetheless capable of growing well with human assistance. In their case, this means growing the pineapples in mud structures filled with manure, which is based on the techniques of a previous era. 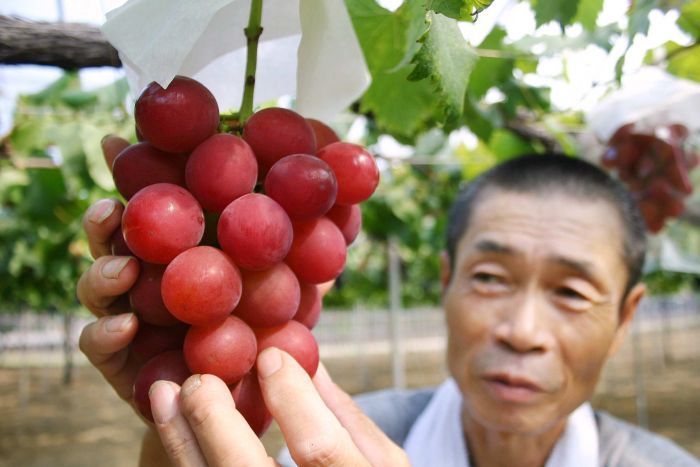 Despite their name, Ruby Roman Grapes are grown in Japan. Each grape comes in the size of a ping-pong ball, meaning that they are already set apart from other grapes out there. Combined with their brilliant red appearance, this means that a single bunch of these grapes can sell for $4,000. Fruit can be coaxed to grow in all sorts of weird shapes. For example, there is a place in China where people use molds to force pears to grow into the rough shape of people, which is based on a famous story from the book called Journey to the West in which the protagonist was offered a magical fruit with life-extension powers called man-fruit but was so horrified by their resemblance to their namesake that he declined when he was offered one. Regardless, Japan grows square watermelons in square boxes, which are otherwise more or less the same as other watermelons. Still, their square shape makes them subjects of interest, which is why people are willing to pay sums of $800 so that they will have something to serve as a subject of conversation at their dinner table. The Yubari King is a particular kind of cantaloupe that is grown in the city of Yubari in Hokkaido, which is the northernmost of the main islands that make up Japan. A perfect example of the Yubari King is not just smooth-surfaced but also perfectly round. Combined with the fact that these fruits tend to be bought in pairs for gifting during the Ghost Festival, it is no wonder that a pair of them once managed to sell for 1.6 million yen, which would be more than $10,000 in US dollars.