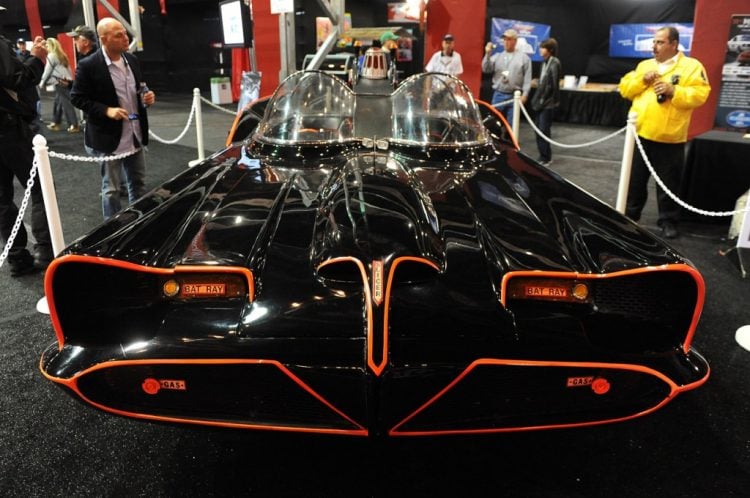 Starting in the 1960s, cars began to make their presence known across the silver screen. The newest star on the entertainment stage now had four wheels, combining society’s love affair with both the automobile and the glamour of Hollywood. Cars became movie stars in their own right, from the iconic Batmobile to James Bond’s Aston Martin. Collectible movie cars have since become the point where two giant industries meet, the rare automobile market and the movie merchandise and collectibles market, raking in millions on auction blocks throughout the world.

Over the course of the last decade, the rare automobile market has grown dramatically, and according to The Economist and the Historic Automobile Group International indexes, investing in rare cars has outperformed all other investment forms over the last ten years. The movie memorabilia collector’s market has also turned into an multi-million dollar entity, featuring objects considered highly valuable due to their connection to the sweeping history of cinema, including costumes, props, promotional posters, scripts, and even cars among other things. In recent years, what once was a simple hobby has turned into big business, with millions of dollars changing hands at large-scale auctions held worldwide.

Read on for a list of the most expensive–and iconic–movie cars of all-time. In 1956, this 1954 Ferrari 375 MM Berlinetta by Pinin Farina was featured in the classic Italian comedy La fortuna di essere donna (Lucky to Be a Woman or What a Woman!), starring Sophia Loren, Charles Boyer, and Marcello Mastroianni. The fifth of only seven examples of a 340 horsepower V12 racing car built specifically for use in events like the Mille Miglia, the rare and valuable car was sold by RM Auctions for $4.62 million in August 2010 in Pebble Beach, California. The original Batmobile is undoubtedly one of the most significant automobiles in the history of film and television. The 19-foot long two-seat Batmobile began as a 1955 Lincoln Futura concept car created by Ford and the Lincoln Styling Department which was recycled in 1966 to create the first Batmobile. The car, which was sold in January 2013 by Barrett-Jackson in Scottsdale, Arizona, starred in the original Batman television series from 1966-68 and was featured in 1966’s Batman: the Movie. This 1956 Ferrari 250 GT LWB Berlinetta is unofficially known as the “Tour de France” model due to it winning the running of the legendary public roads sports car race four years in a row. The Ferrari then changed hands before eventually being purchased by Walt Disney Studios for use in the 1968 film The Love Bug, the Disney classic about Herbie the racing Volkswagen Beetle, that grossed $51.3 million at the box office. The car was sold by RM Auctions in August 2012 for $6.71 million. Sold by Mecum Auctions in August 2009 for $7.69 million, this movie car was used to win the F.I.A. (Federation Internationale de l’Automobile) World Manufacturers Championship for GT cars in 1965. The 1965 Shelby Daytona Cobra Coupe was later leased to Paramount Pictures for use in director Howard Hawkes’ cult classic Redline 7000, which starred James Caan and featured one of the first examples of product placement from at least a dozen companies, including Ford and Pepsi-Cola. Not only is the lightweight 1968 Ford Gulf GT40 the most expensive movie car of all-time, but its also the most expensive American car ever sold at auction. Apart from its successful racing history, the car was one of the first ever to use carbon fiber in an attempt to achieve both rigidity and light weight. The Gulf GT40 was also featured the 1971 film Le Mans as both a subject and a camera car. The cult classic starred Steve McQueen–the “King of Cool”–and featured footage from the actual 24 Hours of Le Mans auto race.