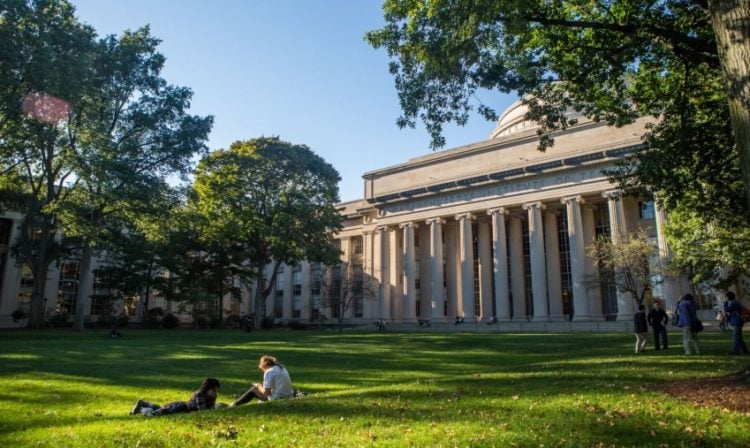 MIT is the name that is commonly used to describe the Massachusetts Institute of Technology. The institution is one of the most highly regarded private research universities in the world today. It is located in Cambridge, Massachusetts and it has been providing high quality education for students throughout the world since 1861. The school has a rich history as it was founded at a time in American history when industrialization was rapidly increasing and the need for skilled workers exceeded the supply. Many successful professionals in the business world are graduates of MIT and here are the 20 most notable MIT Alumni in the business world.

Ben Bernanke is a notable alumni from MIT who earned his PhD degree in 1979. He made significant contributions to the world of business through his service as a member of the Board of Governors for the Federal Reserve System. he was also associated with the Federal Reserve Banks of Philadelphia as a visiting scholar as well as for New York and Boston’s chapters. He also served as the Chairman of the President’s Council of Economic Advisers from 2005 through 2006.

Kofi Annan is an MIT Alum who would go on to become the seventh Secretary General of the United nations. He started his service while still in his 20s and headed up several peacekeeping operations. He was a widely celebrated figure who was an inspirational leader in international affairs while maintaining a focus upon the furthering of human rights causes.

Salman Khan is an MIT graduate who went out into the world and made a name for himself in business and within the film industry. In addition to being one of the most celebrated actors in BOllywood, he is also the founder of a non profit charity organization, as well as making large donations to worthy causes with the fortunes that he has made through multiple wise investments.

John Thain graduated from MIT and later became a very successful executive in the business world. He is the former CEO of the New York Stock Exchange and he also held a high position at Merrill Lynch & Company. He also joined the Deutsch Bank team later with previous experience as an executive at Goldman Sachs Group Incorporated.

Amar Bose earned his PhD degree from MIT. He founded the Bose corporation which produces high end audio systems and accessories. The company has gone on to become one of the most reputable brands in the audio sector of the electronics industry. He also served as the chairman of the company which provided products and technology for NASA and other US government agencies as well as supplying these products for retail sale to the general public.

John Potter attended MIT and earned his master’s degree in 1995 as a Sloan Fellow in management. He went on to become the president and CEO of the Metropolitan Washington Airports Authority and previously served as the CEO and Postmaster General for the US Postal Service.

Shirley Ann Jackson received her PhD from MIT, then went on to work at the Fermilab company, as well as being appointed to the European Organization for Nuclear Research located in Switzerland as a visiting science associate. She also served as a Bell Telephone laboratories technical reseracher working with ceramic materials to determine their capacity as superconductors of electricity. She also served as a New Jersey Commission on Science and Technology member and was appointed as a Rutgers University professor.

Ian Getting is a notable MIT graduate who went on to attend Oxford University as a Rhodes Scholar studying astrophysics. He would go on to develop the GPS satellite system technology which was a significant accomplishment. He’s credited the the development of Navstar GPS. He also served as the director of the Radiation Laboratory for Fire Control and Army Radar during the 1940s. Mr. Getting is credited with a great many significant accomplishments in developing systems that were useful for military and government agencies in civil defense as well as navigation and global positioning systems for the general public.

Robin Chase is another notable alum of MIT who earned he degree at the school. She went out into the business world and developed her own business called Zipcar. She served as the CEO of the business until 2003, when it was time for her to found a new company called Buzzcar. She is among the most distinguished Sloan women who have gone out to become successful in management and leadership. She’s also the author of a book called “Peers Inc” which deals with the collaborative economy.

William Porter is an MIT alumni who also has had a successful career in business. He is currently a partner in the Anderson Porter Design Inc construction company. He is also a member of the NE chapter of the Lean Construction Institute. He also serves as a Leventhal Professor Emeritus of Architecture , advising students, offering classes and attending the MIT School of Architecture reviews. In addition, Mr Porter was a partner in the Four Architecture Inc firm from 1994 through 2007.

Mr. Thompson graduated from MIT with his master’s degree in 2008 in management science. he went on to begin investing in Silicon Valley technology start up companies. he serves on a variety of those boards including NIPSCO, Liquid Robotics, Fortune brands, Seagate Technologies, Illumina, Rubrik and Illumio. He’s also a member of the board of Trustees with the Wetland American Trust. John Thompson became an independent chairman of the Microsoft Corporation in 2014 after joining the board in 2012. He worked for 28 years at the IBM corporation in a variety of leadership, marketing, sales and software development positions, and was also a partner of Lightspeed Venture Partners.

Brian Halligan earned his MBA from MIT’s School of Management and went out to found his own very successful company. He is the co-founder of HubSpot and also serves as the CEO. Before entering in a joint venture on the highly successful business, he served at Groove Networks, a Microsoft company as the Vice President of Sales. From there he went on to become a Longworth Ventures partner. In addition to a successful career in executive management, leadership and business development, he is also the author of two books which focus on marketing and new business startup development.

Jonah Peretti attended the Media Lab at MIT. He started his professional career as a computer science teacher. He enjoyed the position that allowed him to implement his creativity into the lesson plans. He went on to work on a variety of projects for the internet which went viral and later, he co-founded the Huffington Post along with BuzzFeed.

Bill Hewlett is another notable MIT alumni. He was born in 1913 and attended MIT, earning his master’s degree in electrical engineering in 1936. He had previously achieved his bachelor’s in the same field from Stanford University just two years prior. He went on to become an engineer and in 1939, he co-founded the Hewlett Packard Company with his partner David Packard. During his long and successful career, he served as the president of the Institute of Radio Engineers as well as becoming the recipient of multiple distinguished awards including the IEEE Founders Medal in 1973, the Vermilye Medal in 1975, In 1983, the National Medal of Science, in 1995 the Lemelson-MIT Prize which is a lifetime achievement award, He and David Packard both received the 3rd Annual Heinz Award Chairman’s Medal in 1997 and in 2011, he was included in the Entrepreneur Walk of Fame.

Drew Houston is another noteworthy alumni of MIT who co-founded his own very profitable business. He actually found himself in a precarious position prior to getting the go-ahead to proceed with his new company that would be called Drop Box. He was in sore need of a partner. He found the ideal candidate at none other than MIT. He and Arash Ferdowsi joined forces in the company that has gone on to provide storage space for millions of happy customers through a could based platform. Houston was inspired to start the business when he lost his thumb drive with important information on it.

Arash Ferdowsi is an MIT Alumni who happened to be in the right place at the right time when Drew Houston was looking for a partner to co-found the immensely successful Drop Box company. Houston was told that the investors who were interested in funding his proposal would move ahead only on the condition that Drew brought a co-founder into the picture. It was fairly humorous that Houston met Ferdowsi in a frantic search and that the two barely knew one another when they signed on in the joint venture. Since that time, they’ve come to appreciate one another as their business has grown by leaps and bounds.

Lorenzo Mendoza, also known as Lorenzo Alejandro Mendoza Ginenez, is a distinguished alumni of MIT who serves at La Electricidad de Caracas in the position of Main Director. He was formerly the CEO of Empresas Polar AS. He has held a number of executive positions since his graduation from MIT including Grupo Televisa’s Director and serving on multiple boards of directors.

Tom Knight has had a passion for computers since he was very young. He was so adept and gifted that he was ushered into the MIT program while still a high school student. After graduating from MIT, he became a member of the staff in the research department, working on the Project Mac. He later co-founded his own company Ginkgo Bioworks. Later, he returned to MIT and earned his PhD and went on to join the faculty of the institution in 1983.

Alex d’Arbeloff was born in France and came to the United States of America in 1938. He attended MIT and earned his BS degree in management. In 1960, he founded the Teradyne business in North Reading, Massachusetts. As of 2017, the company boasted revenues of $2.14 billion employing 4,800 workers throughout the world. He served as the CEO and president of Teradyne which became a multi-billion dollar company. He was an energetic person who also loved to teach and he became the chairman of Teradyne after his official retirement in 2000. He also went on to serve as the MIT Corporation’s chairman as well as teacing at the Sloan School of Management. He adn his wife also established the Fund for Excellence in MIT Education.