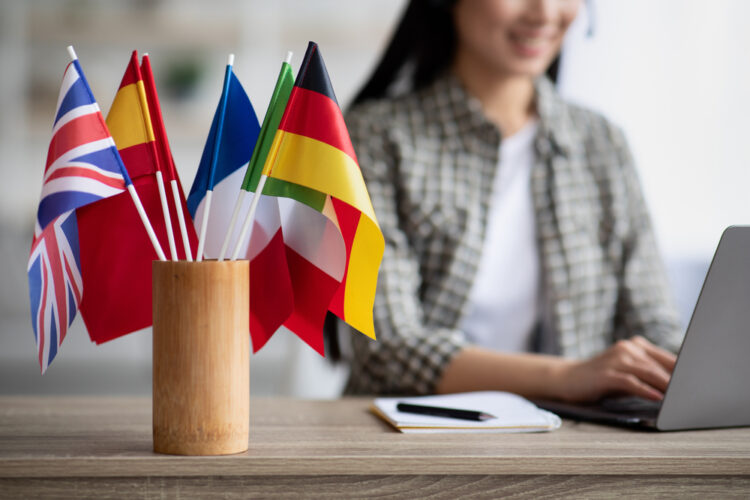 From English, German, Hindi, and Telugu to Chinese, the world is filled with people speaking different languages. Some prefer speaking their native language, while others don’t mind embracing other languages. Did you know that there are more than 7,000 languages spoken? In case you’re wondering, English tops the list of the most widely first and second languages worldwide in 2022. According to Statistics and Data, the world constitutes more than 1.4 billion English speakers worldwide. Mandarin Chinese comes second, accounting for 1.120 billion speakers, while Hindi accounts for over 650 million speakers worldwide in 2022. This article will cover the 20 most spoken languages.

Korean is the native language of more than 82 million people in North and South Korea. However, political differences and other factors between the two countries have prompted them to have language differences. Interestingly, some parts of the Russian island of Sakhalin and Central Asia also speak Korean. However, it might take years to learn the language, leave alone write it. Even the US Department of Defense considers Korean one of the most difficult languages to decipher for English speakers.

According to Edu Dwar, Wu Chinese falls under Sinitic languages, widely spoken in Shanghai, Zhejiang, and some parts of Jiangsu provinces. It’s one of the softest Chinese languages Mandarin speakers can attest to. In 1996, Wu began to decline, causing officials to band students from speaking it as it was considered an “uncivilized dialect.” The only place you were allowed to speak in Wu was in a theatre or kitchen. It lacks official status and legal protection, though its speakers’ numbers keep rising.

If you were to land in Southern China today, chances are you would interact with Yue Chinese speakers. The language sounds like the Sinitic variety, also widely spoken in Guangdong and Guangxi provinces. Yue Chinese speakers also regard it as Cantonese, referring to other Chinese varieties. More than 85 million people in Asia and worldwide speak Yue Chinese as their first and second language.

Sri Lanka recognizes Tamil as its first and official language. Indigenous Tamil speakers call it Tamilar, which constitutes 5.9% of their population. Tamil Nadu and Puducherry are the main areas using it as their first official language. One unique fact about Tamil speakers is they primarily influenced regional trade throughout the Indian Ocean in the 20th century. The language worked to their advantage as they used it to communicate with ancient Romans and Southern Indians.

Turkey Turkish is the 16th most spoken dialect in the world, with more than 88 million speakers. It’s the official language in Turkey and Northern Cyprus. Interestingly, Turkish speakers are spread in Europe in countries like Greece, North Macedonia, Bulgaria, Syria, Iraq, and Austria. While Cyprus isn’t Turkey’s member state, it officially requested the European Union to recognize Turkish as its official language. Another interesting fact about Turkish is relying on extensive agglutination and vowel harmony. Each sentence starts with a subject, followed by an object and verb. Also, it lacks a noun class or grammatical gender. That means you’re likely to use a second-person pronoun and verb form to refer to one person respectfully.

The Telugu language originated from the Dravidian family, accounting for more than 96 million speakers. In the 21st century, more than 75 million people are fluent in this language. According to Jagran Josh, the first Telugu written pieces were first recognized in 575 CE. Towards the 11 century, a written Hindu writer, Nannaya Bhatta, wrote an epic titled Mahabharata.

Another widely spoken Indo-Aryan language of western and central India is Marathi. Most speakers come from north of Mumbai and western coast past Goa to eastward across Deccan. By 1966, it was the first official language recognized in Maharashtra state. Over the years, Marathi has lost most of its writings. Unsurprisingly, you will hardly come across words without prepositions coming first.

Punjabi, pronounced as Panjabi, is one of the most widely spoken languages in the world. It belongs among Indo-Aryan languages originating from India. Initially, there were only 30 million Punjab speakers, but the number rose to over 100 million and is now recognized by the Indian constitution. More than 70 million speakers come from Punjab province, but Urdu is the official and provincial region taking up this dialect as their first language.

Standard/ High German is widely spoken in Switzerland, Austria, Belgium, Hungary, Poland, Romania, Namibia, The Netherlands, and Liechtenstein. Indigenous speakers never intended it as a traditional dialect of a specific region. Instead, it was a written language formulated over several hundred years. The original writers tailored words that they understood in the largest area. Today, more than 126 million people speak standard German as a first and second language worldwide. The tenth most spoken language in the world in 2022 is Punjabi. It also comes third as one of the most spoken languages after Hindi-Urdu and Bengali. Besides India, it is a first and second language in Pakistan, though the latter doesn’t consider it their official language. If you’re visiting these two nations or engaging in an online conversation with a Punjabi, you can address them by asking “Tuháda’dina kivém rihá,” to mean “how was your day?” But remember, the language is written differently, so you may want to learn the ropes to avoid passing the wrong message.

Japan is one of the most dynamic and tech-savvy-oriented countries. Most vehicles, electronics, and other tech-related products come from the country. Now more than ever, translation services have become more popular in Japan to support international trade. By 2022, Japanese speakers accounted for 126 million people worldwide. Out of the speakers, more than half of the speakers spoke Japanese as their first language. However, Japanese dialects vary per geographical location, like Kyushu, Tokyo, and Kyoto-Osaka.

Do you want to know how to say “Have a good day” in Indonesian? Say “Semoga harimu menyenangkan,” and any Indonesian speaker will love you for this. Something else worth noting is that Indonesian speakers account for more than 199 million of the world’s population. That’s because Indonesia is the fourth most populated country in the world. It’s the official and national language Indonesians recognize and a standard Malay variant. The rest are fluent and proficient in more than 700 indigenous local languages like Sundanese and Javanese.

If you took history lessons in high school or college, you must be familiar with a Portuguese explorer known as Vasco Da Gama. To satisfy your curiosity, he came from Portugal and was the first European to reach India via the sea. But he’s not our primary focus today. We want to talk about Portuguese speakers accounting for 220 million native speakers, spread to South American countries like Brazil. It’s believed that early Brazilian settlers migrated to Brazil. Other countries considering Portuguese as their first and second language are Angola, Sáo Tomé, Principe, Guinea Bissau, Mozambique, and Cape Verde.

Chances are out of the millions of online users worldwide, 4.2% constitute Russian speakers. They command about 2.9% eGDP, meaning there are more than 258 million people proficient in Russian. Years back, only 150 million people spoke Russian as their first language, while 120 million considered it their second language. So, if you’re looking for work, vacation, or study in Russia, it will be in your best interest to learn a thing or two about the language.

Imagine a French man or woman walking up to you to say, “l’amour de ma vie.” That French phrase means “you’re the love of my life.” Of all languages on this list, French is the most romantic. It’s no wonder Paris is known as a marriage proposal destination. And France isn’t the only place with French native speakers. Canadians also have their French version, as do some African countries, like Congo, Mali, Senegal, and many others. Like other languages, French has variants, with some countries blending the language with their mother tongues.

According to Sprach Caffe, Bengali is an Indo-Aryan language native to South Asia’s Bengal region such India and Bangladesh. Indians fluent in Bengali mostly come from Meghalaya, Manipur, Assam, West Bengal, and Tripura. Another interesting fact about Bengali speakers is they’re the third-largest ethnic group in the world after Arabs and Han Chinese. Remember that they belong to various religious denominations, affiliations, and practices. So, it’s unsurprising that there are millions of Buddhists, Muslims, and Christian Bengali speakers.

One of the most liturgical languages in the world is standard Arabic, the official language in 26 countries. Most of these countries are in the Middle East and northern Africa and are predominantly Islam. If you walk into or speak to a person in Algeria, Libya, Morocco, Saudi Arabia, or even Qatar, you will notice them addressing you in Arabic. Like most languages on this list, standard Arabic varies per country. Some words you might hear from an Algerian might slightly differ from a different speaker in the Middle East. Despite you reading this article in English, chances are your mother tongue is the least spoken dialect in the world.

Most words or expressions spoken in Spanish or Espanola sound like English, making it one of the easiest languages to learn. Spanish has more than 543 million speakers, spread across Europe and central and southern America. According to Rubric, Spanish accounts for 10.6% and 8.8% of the online population. Something else worth noting is that Spanish is diverse. Mexicans speak slightly differently from Iberians and US Spanish. So, if you’re looking to translate your business content or want to address a Spanish audience, you might want to know which specific words to use to avoid misinterpretation. Also, learn how to punctuate the words correctly and use the correct tonal variations for the same reason.

India is the seventh-largest country and the second-most densely populated in the world. It is no surprise that Hindi is the third-most spoken language in India, Pakistan, Guyana, and Mauritius. So, if you plan to expand your business to India and other native-speaking Hindi countries, you’re better off translating your business resources and website to Hindi. That’s the only way Hindi speakers can trust your business and learn about your services.

When Mandarin Chinese says, “Zao Shang hao,” they mean “good morning.” The language has more than 1.120 billion speakers, mostly from China, Singapore, and Taiwan. Most Mandarin speakers use it as a first language, accounting for one out of six speakers. Mandarin also sounds different depending on how you pronounce the words. It’s also one of the toughest dialects in the world. Even writing it can be daunting if you’re a novice, but once you learn the ropes, you won’t have a tough time communicating with a Mandarin audience.

The award for “the most spoken language worldwide in 2022” goes to… (drumrolls) English. Americans were colonized by the British, making English their first and second language. But over time, they’ve changed most words, spellings, and even the pronunciations. Have you ever wondered why the spellings of words in America differ from native British? For example, Americans spell “color” as “color.” They also call deep-fried potatoes “French fries” instead of “chips.” Other countries using English as their first and second language are Australia, New Zealand, Canada, and other African countries colonized by the British. According to Langoly, Google, Gmail, and other platforms rely on English to help people communicate with each other. Chances are, no matter which country you’re in or visit, it’s easier to find someone speaking in English than they would other languages. People also frequently speak English in tourism, technology, and international business. 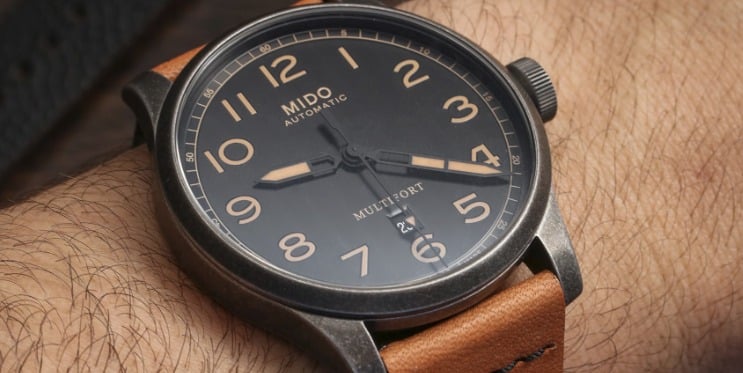 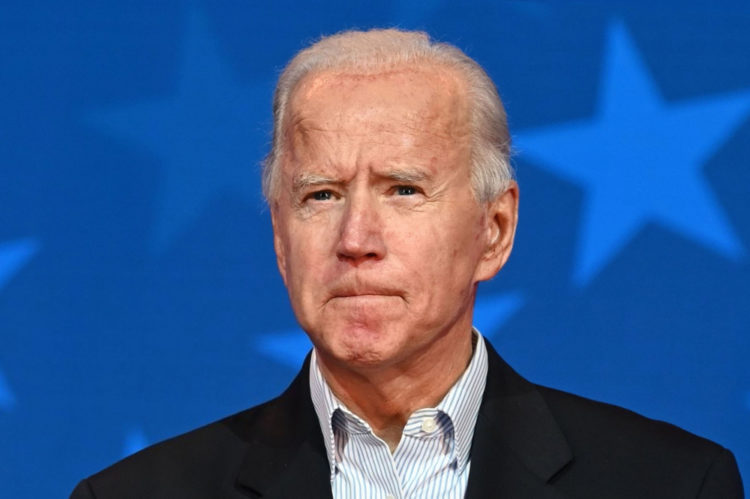 Whether you like his politics or loathe them, the one thing… 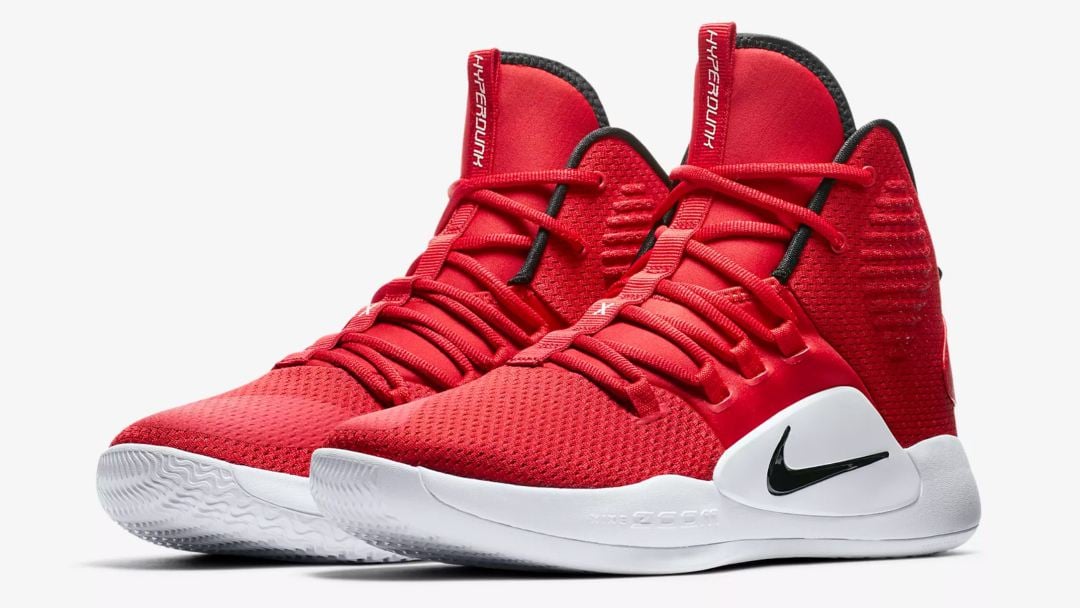 Since the late 1980s, urban culture has changed dramatically. Skating is… 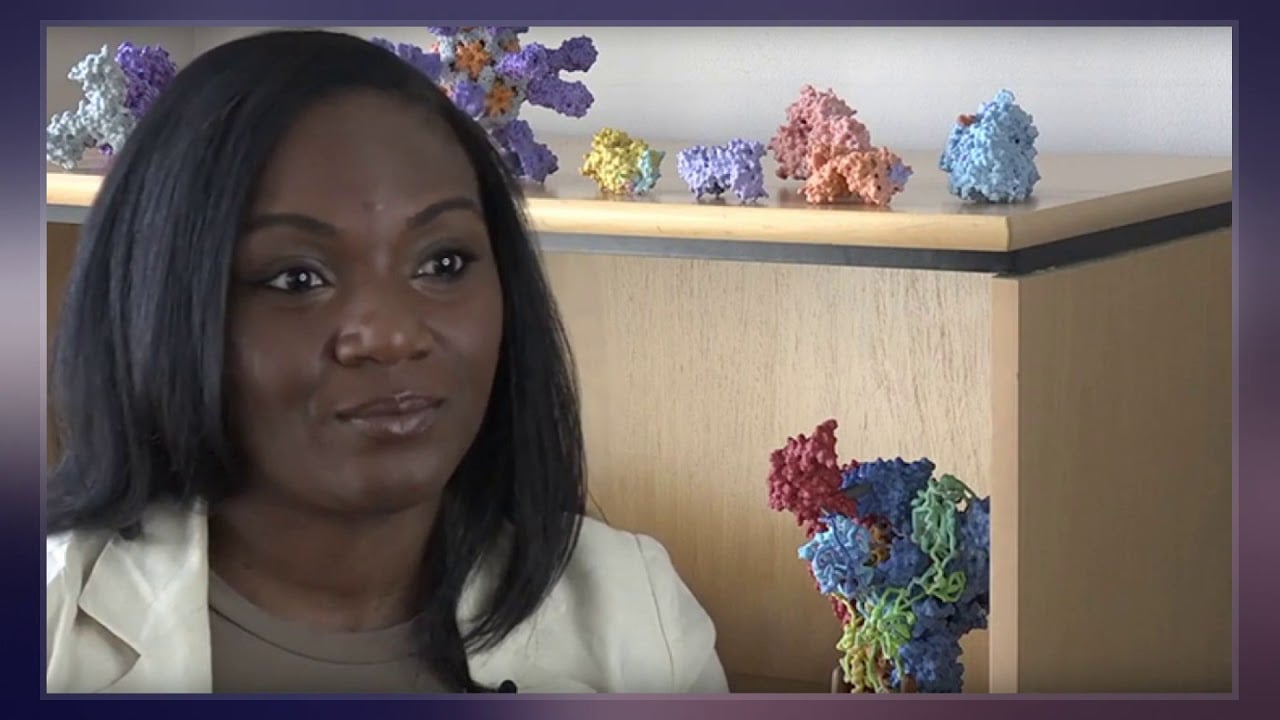 Kizzmekia Corbett is an American viral immunologist who works for the… 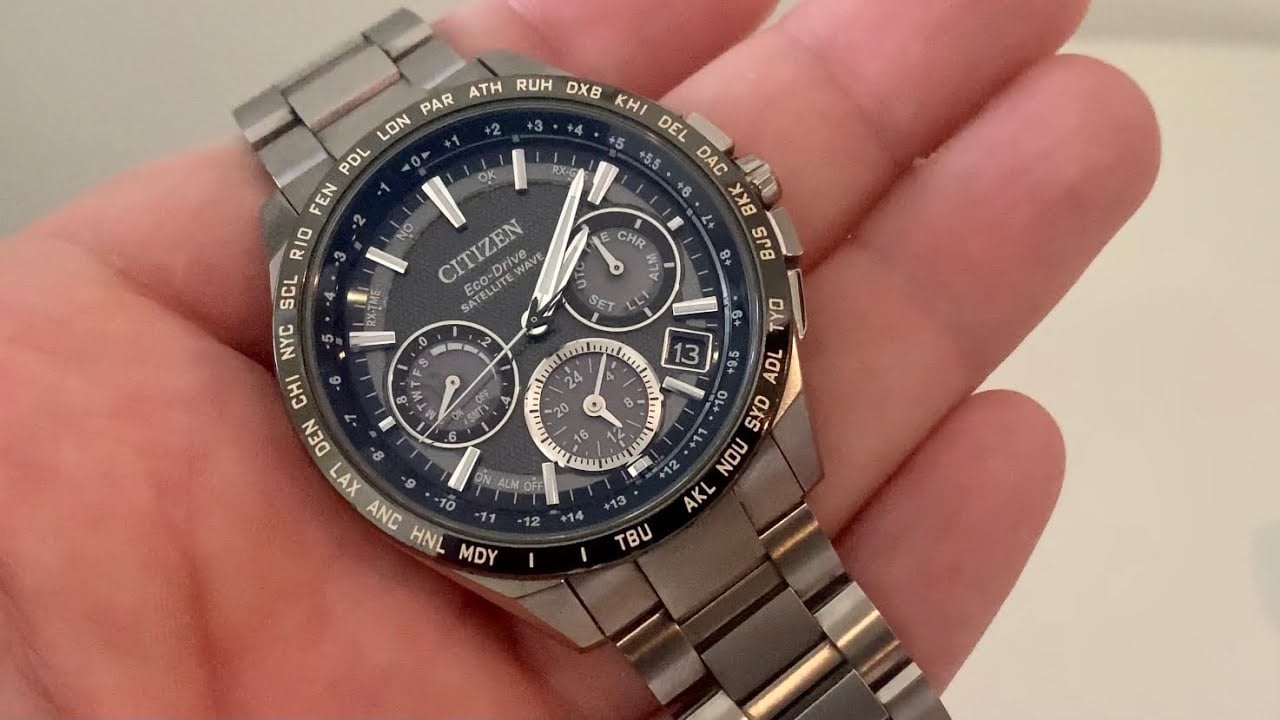 Citizen began the use of its proprietary Super Titanium alloy, created… 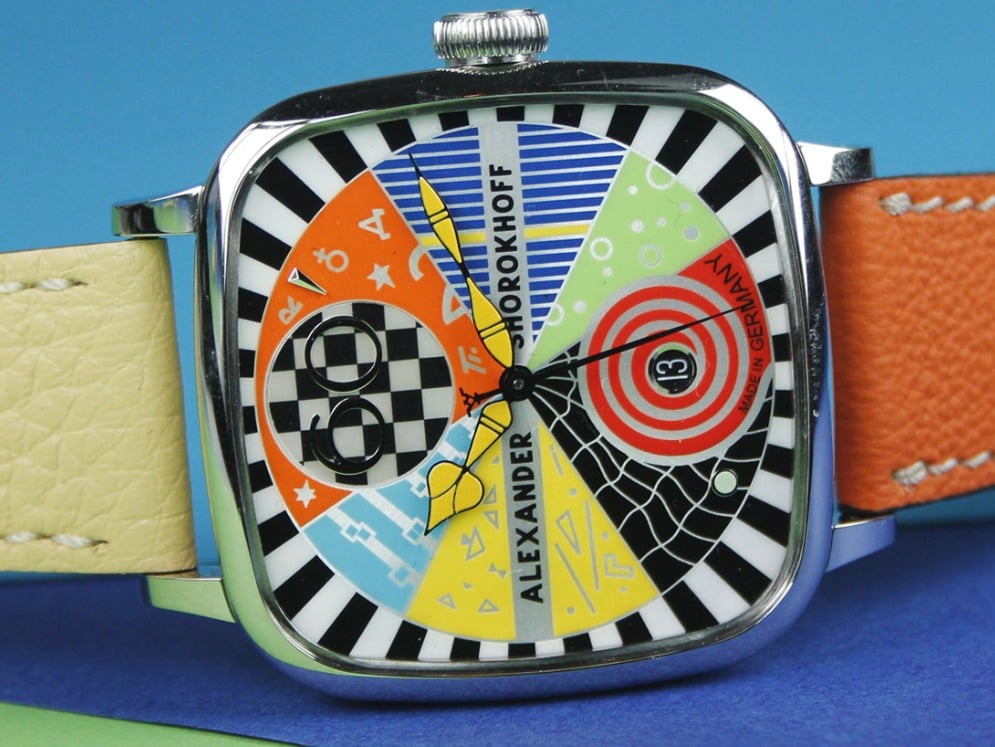 Just the very sound of the name of the Alexander Shorokhoff…