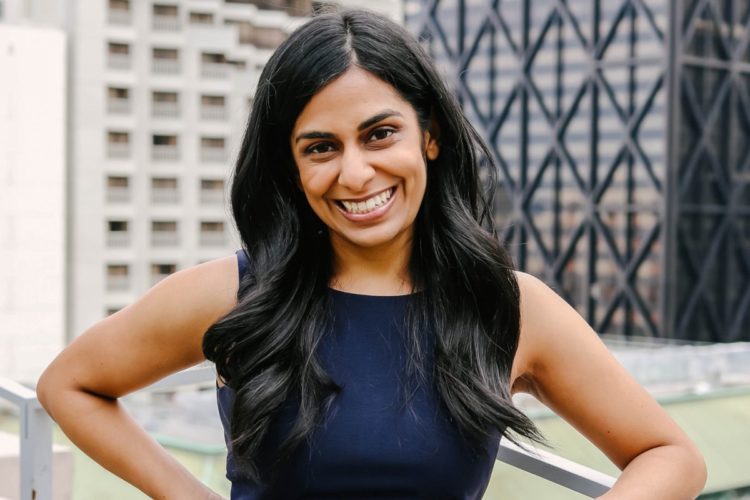 What do you know about Neha Parikh, the CEO of Waze? You might already know that Waze is responsible for a navigation app that is entirely crowdsourced. That said, it’s also possible that you don’t know a lot about the person who’s responsible for it, Parikh herself. If you want to know more, here are 10 things about her that might surprise you.

1. She’s worked with some notable companies in the past

She has a habit of working with internationally recognized companies. As a matter of fact, she started out at PriceWaterhouseCooper and she’s only worked her way up from there, working for a number of companies that virtually everyone is familiar with. These companies include Expedia and their subsidiary, Hotels.com, as well as others.

2. She was the first female to head up Hotwire.com

Eventually, she made her way to Hotwire.com when she became the first female president the company had ever had. For everyone else, it was a subject that was newsworthy but for her, it was literally just another day at the office. She has said in the past that while she’s proud to be designated as the first female to head up the company, she also prefers to be recognized for her skill and ability as opposed to only being recognized for her gender.

3. She was also the company’s youngest president

She may not think that her notoriety at Hotwire.com is any big deal, but virtually everyone else does. As it turns out, she was just the company’s first female president, but also its youngest president to ever head up the company. That fact alone says a great deal about her commitment and her drive as a professional. It also speaks to her ability to set goals and then accomplish those goals in a reasonable amount of time.

4. She’s known for staying with an employer

She’s been known for staying with her employers for an exceptionally long time. She started working in 2000 and she’s been working steadily ever since. While she only stayed at her first job for a year, she stayed with Hotels.com for nine years. She also worked in an executive position at online automotive retailer Carvana for 12 years before stepping down to take her current position.

5. She went to college in Texas

Not surprisingly, she has both a Bachelor’s degree and a Master’s. She achieved her Bachelor’s degree at the University of Texas in Austin and then went on to study business at Northwestern University. Obviously, she has put both of her degrees to good use, as she’s making a name for herself in some of the largest companies in existence. At the same time, she’s constantly building on the solid foundation that she’s already created for herself by adopting new skills and learning how to tackle new challenges.

6. Technically, she hasn’t started her new position yet

While she’s already been officially named CEO of Waze, she hasn’t actually started working there in that capacity just yet. In fact, she isn’t scheduled to begin working there until this coming June. There is little doubt that the company is hoping she will do similar things for it that she has done for some of her other employers in the past. In short, they want to be able to set themselves up for future success and they believe that she is the best person to do the job.

7. She knows how to turn a struggling company around

There is absolutely no doubt that she knows how to turn a company around when it isn’t making the types of profits that it should have been making along. It’s something that she did at Hotels.com and also at Carvana. As it turns out, she’s very good at redesigning business models and finding a way toward a path to success when companies have been struggling and have seemingly exhausted all of their options. It only stands to reason that she would be in high demand after she has proven that she’s capable of doing the job time and again. It’s no wonder that Waze is so happy to have her come on board.

8. She puts an emphasis on outstanding customer service

She definitely understands what really matters and she places a huge emphasis on customer service. It is something that she has been known for at the other companies where she’s worked and she continues to be well known for her desire to serve customers with excellence everywhere she goes. It’s also one of the reasons that she has been in such high demand throughout her career. She knows where companies need to place their focus and then she does exactly that, improving customer service and increasing the company’s bottom line at the same time.

9. She’s accomplished all of this at a relatively young age

At only 41 years of age, she has managed to achieve a great deal of success at what is still considered a young age in the boardroom. She’s in that sweet spot where she’s old enough to have achieved enough to gain some serious notoriety, yet still young enough to be in high demand.

10. She knows how to network effectively

Once she takes her position at Waze, she’ll be working with the likes of Google. She also has top rideshare companies like Lyft and Uber in her corner, as they prefer to use Waze instead of other navigation apps. This puts both her and the company in a good position for future success. If she manages to do what she has done at her previous employers, there is no telling how far she may be able to take the company in the coming years.